And farmers. He even insulted farmers. But Paul Harvey dealt with this 55 years ago in "God made a farmer." 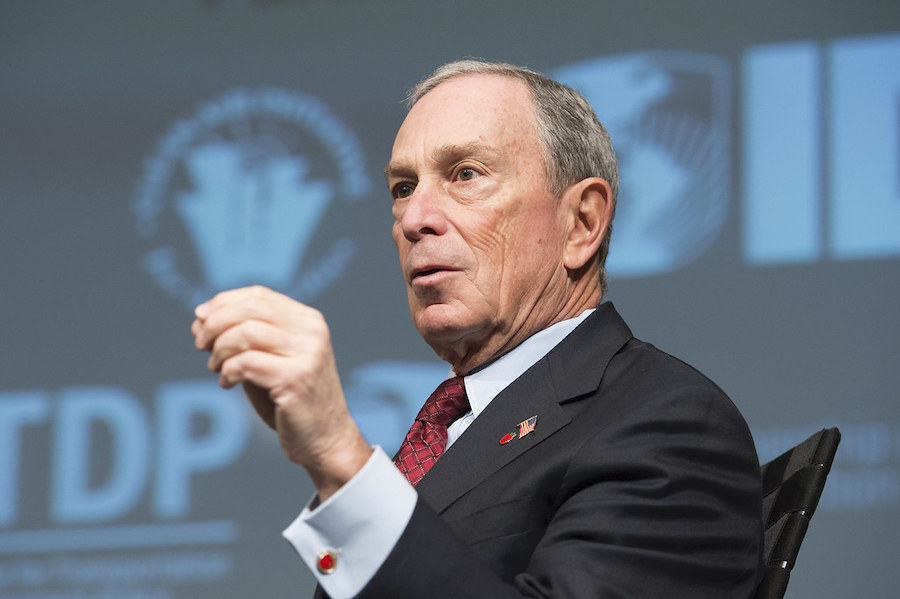 Thanks to his billions, former New York City Mayor Michael Bloomberg is getting some traction in the Democratic presidential race. But as he becomes more visible, so does his past. He’s given his opponents good reason to dig up dirt on him.

And boy is there a lot of dirt.

He’s made plenty of rude statements. And nearly as many offensive statements. We have documentation. Elisabeth DeMarse, Bloomberg L.P.’s former chief marketing officer, created a booklet as a gag gift for him in 1990 titled “The Portable Bloomberg: The Wit and Wisdom of Michael Bloomberg.”

Not even farmers are safe from Bloomberg’s contempt. He belittled them four years ago on a panel at Oxford University. “I could teach anybody, even people in this room, no offense intended, to be a farmer,” he said.

“It’s a process. You dig a hole, you put a seed in, you put dirt on top, add water, up comes the corn. You could learn that.”

Vice President Mike Pence responded by tweeting a speech the legendary Paul Harvey made at the Future Farmers of America convention in 1978. It’s a beautiful speech, about God saying he needs a farmer.

It begins: “On the eighth day, God looked down on his planned paradise, and said, ‘I need a caretaker.’ So God made a farmer. God said, ‘I need somebody willing to get up before dawn, milk cows, work all day in the fields, milk cows again, eat supper and then go to town and stay past midnight at a meeting of the school board.’ So God made a farmer.”

WATCH the amazing video below.

She wrote in the introduction, “Yes, these are all actual quotes. No, nothing has been embellished or exaggerated. And yes, some things were too outrageous to include.”

A lot of his quotes cannot be reproduced here, because this is a family-friendly site. Many of them use profanity and talk about sex. Usually degrading, exploitative sex. Apparently his former marketing office left out others even worse than those.

Here are three of the tamer ones. Regarding women, he said, “If women wanted to be appreciated for their brains, they’d go to the library instead of Bloomingdale’s.” And, “I know for a fact that any self-respecting woman who walks past a construction site and doesn’t get a whistle will turn around and walk past again and again until she does get one.”

He’s no kinder about the British royals. “The Royal Family — what a bunch of misfits — a gay, an architect, that horsey faced lesbian, and a kid who gave up Koo Stark for some fat broad.”

Bloomberg campaign spokesperson Stu Loeser said the booklet included “comments that may or may not have been said.” He told The New York Times in November that “Mike has come to see that some of what he has said is disrespectful and wrong. … He believes his words have not always aligned with his values and the way he has led his life.”

Another offensive incident took place when Bloomberg was taking a photo with some people. He saw an employee standing nearby. Sekiko Sakai Garrison was not in the picture. He asked her, “Why didn’t they ask you to be in the picture? I guess they saw your face.”

He went on, “How’s married life? You married?” She said she was expecting a baby. Bloomberg responded, “Kill it.” He then muttered, “Great! Number 16!” Garrison interpreted the remarks as telling her to have an abortion or she would lose her job. The “16” apparently referred to the number of pregnant women in the company.

Garrison filed a lawsuit alleging that Bloomberg and other employees “engaged in a pattern and practice of sexual harassment, sexual degradation of women, and discrimination.” Garrison alleged that Bloomberg would berate pregnant women. “What the hell did you do a thing like that for?” She said he told an employee who had trouble finding a nanny, “All you need is some black who doesn’t have to speak English to rescue it from a burning building.”

Under oath, Bloomberg denied the exchange with Garrison occurred. But he reached a confidential settlement with her, which sources say was in the six figures. A former Bloomberg employee, David Zielenziger, said he observed the conversation. He told The Washington Post, “He talked kind of crudely about women all the time.”

In 1996, Bloomberg told The Guardian, “I like theater, dining and chasing women.” In his 1997 autobiography, Bloomberg By Bloomberg, he bragged that he “had a girlfriend in every city.”

Regarding the elderly and healthcare, Bloomberg once said, “If you show up with cancer and you’re 95 yrs old, we should say ‘There’s no cure, we can’t do anything.'” One clever woman responded on Twitter, “What if you’re 86 yrs old, you’ve been treated for colorectal cancer, cancerous lung growths and pancreatic cancer? And your name is Ruth Bader Ginsburg?”

In 2011, Bloomberg said “an enormous cohort of black and Latino males” who “don’t know how to behave in the workplace.” He was promoting a multimillion-dollar initiative to help minorities gain employment during his tenure as New York City mayor.

In 2015, he made another controversial remark about minorities. Defending the police’s stop and frisk policy, he said the way to bring down murder rates is to “put a lot of cops” in minority neighborhoods because that’s where “all the crime is.”

And that wasn’t all. He said the end of discriminatory redlining by banks led to the 2008 economic crisis. Redlining was a practice where banks refused to offer credit to certain places on a map, which were often drawn to keep out minority neighborhoods.

Bloomberg’s bloopers are getting quite a bit of media attention since he’s rising in the Democratic polls for president. The RealClearPolitics average of polls has him at 14.2. Will his gaffes hurt his chances? Biden has drastically slipped in the polls, possibly due to all of his misstatements. The same may very well happen to Bloomberg.

In the meantime, please view this beautiful tribute to the farmers so easily dismissed by Mayor Bloomberg.