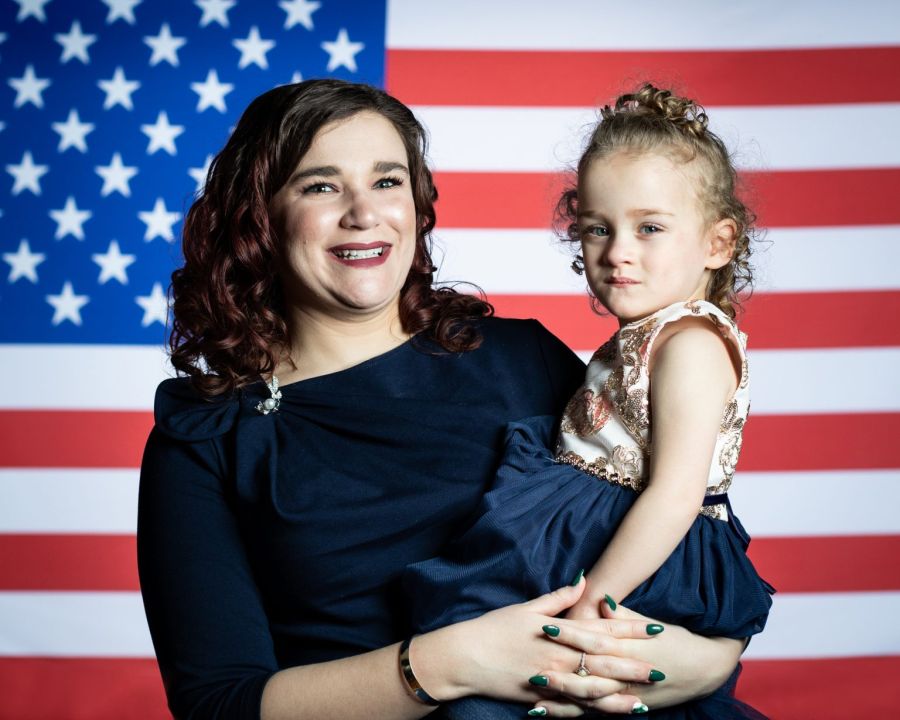 Robin and Ellie Schneider from Kansas City, Missouri: Ellie was born at just 21 weeks and six days. She is one of the youngest babies to survive in the United States.

President Trump’s State of the Union message, coupled with the Democratic response, reminds me of why I voted for Trump in 2016. And why I plan to vote for him again in 2020. The contrasts are just too extreme. I am conscience-bound to vote against the radical left and to vote for the causes that Trump will uphold. Everything else pales in comparison.

I am voting against House Speaker Nancy Pelosi tearing up the president’s speech for the whole world to see.

As the White House tweeted out:

One of our last surviving Tuskegee Airmen.

The survival of a child born at 21 weeks.

The mourning families of Rocky Jones and Kayla Mueller.

A service member’s reunion with his family.

No to Socialist Policies

I am voting against the socialist policies of Reps. Like Rashida Tlaib, who tweeted: “I walked out of that speech. The lies, the bigotry, and the shameless bragging about taking away food stamps that people depend on to live — it was all beneath the dignity of the office he occupies. Shame on this forever impeached president.”

My apologies, Rep. Tlaib, but helping people find meaningful employment so that they do not need food stamps is hardly “taking away food stamps that people depend on to live.” And empowering the poor is not bigotry.

Of course, sites like Mother Jones agreed with Rep. Tlaib, tweeting, “While Trump brags on national television about the decline in food stamp enrollment and lifting people out of poverty, his actual policies “will cut off basic food assistance for nearly 700,000 of the nation’s poorest and most destitute people.”

But no one can deny that Americans, across the board, are doing better financially under the current administration. Even CNN acknowledged the truthfulness of Trump’s words when he said, “The unemployment rate for African-Americans, Hispanic-Americans, and Asian-Americans has reached the lowest levels in history.”

As noted on the CNN website, “Trump is correct. The unemployment rate for each of these three groups is at a record low, at least since the government has been issuing data on them. (The data for African Americans and Hispanics goes back to the early 1970s, while data for Asians only goes back to 2000.)”

CNN also added, “Trump inherited a positive trend that has continued during his tenure. The unemployment rate for all three groups had fallen substantially under President Barack Obama from the recession-era levels of 2009.”

Yet CNN could not deny the economic progress under Trump, one that truly benefits the people of America, including minorities. Including women. Including veterans. Including the disabled. Including young people.

And so, when I vote for Trump, I am voting against the socialism of potential Democratic nominees like Bernie Sanders. The effects of his proposed policies, along with those of other leading candidates, would be disastrous.

I am also voting against every Democrat (including Speaker Pelosi) who chose to sit rather than stand when the president called on Congress to ban late-term abortions.

A Vote of Conscience

I feel conscience bound to cast my vote, a vote that will be meaningful.

My conscience doesn’t allow me to skip the election because Trump does not live up to all my ideals. Nor does it allow me to cast a protest vote for another candidate who cannot possibly win.

Maybe that’s what your conscience dictates, but not mine.

And so, I will cast my vote against the policies of the radical left, including the abusive policies of sanctuary cities that are lax in punishing illegal immigrants who engage in criminal behavior.

I am voting for the man who called for school choice initiatives, which will enable many families to pull their children out of state-run schools and enroll them in private, preferred schools.

And I am voting for the man who said at the State of the Union “I am also calling upon members of Congress tonight to pass legislation finally banning the late-term abortion of babies.”

This is also the man who, as White House reporter Gabby Orr noted, “has routinely called on Congress to pass the Pain Capable Unborn Child Protection Act, a bill that would make abortion after 20 weeks unlawful in most cases.”

And I am voting for the man who said, “I have signed legislation to stamp out the menace of human trafficking domestically and all around the globe.”

I am voting for the man who noted that he “recommended 180 new judges to uphold our Constitution as written. This includes Neil Gorsuch and Brett Kavanaugh.”

The implications of this are generational in scope.

A Vote for Faith

And I am voting for the man who is “defending religious liberty. That includes the constitutional right to pray in public schools.”

Yes, I am voting for the man who said, “In America, we don’t punish prayer, we don’t ban symbols of faith, we don’t muzzle preachers and pastors. In America, we celebrate faith, we cherish religion, we lift our voices in prayer and we raise our sights to the glory of God.”

I am voting for the man who faced down Iran, and who said, “Our message to terrorists is clear: You will never escape American justice. If you attack our citizens, you forfeit your life.”

And I am voting for the man who has been called “America’s First Zionist President” after his new peace-plan proposal.

Can you imagine how different things would have been under President Hillary Clinton? Or under a future President Bernie Sanders? Or President Elizabeth Warren?

That, my Never Trumper friends, is why I cast my vote.

I strongly encourage you to reconsider your stance.