A look at the field in the wake of Wednesday night's Democratic Debate scrum. 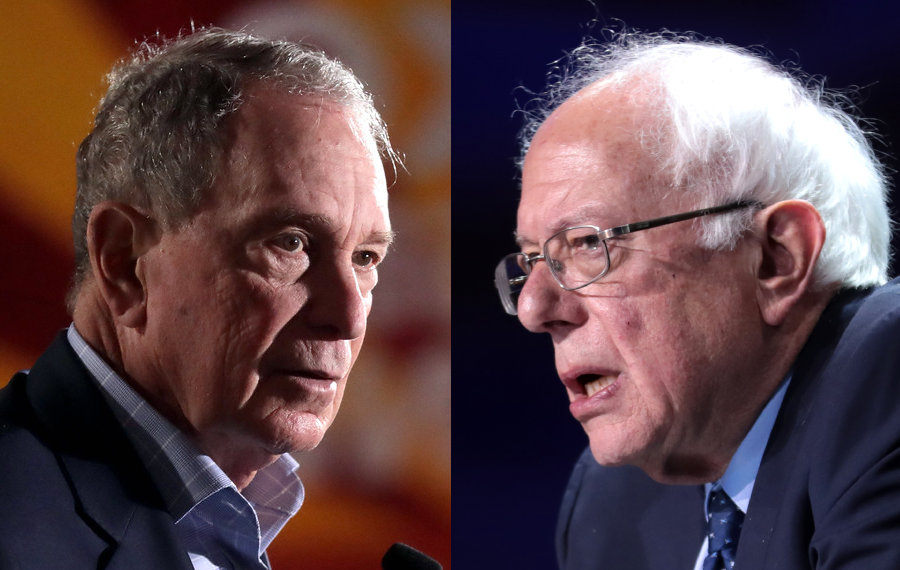 There’s a boomlet in stories by conservatives on two parallel topics:

Getting Down to Two Sickening Choices

I’m glad that the Democratic field is winnowing down. It’s good that the merely flawed and mediocre candidates are falling by the wayside, making room for a grand contest between the truly hideous, appalling ones. Did you really want to spend the next six months of your life

I’ve written here repeatedly that our headlines seem to stolen from some bad apocalyptic novel self-published in the 90s and sold only at gun shows. For the race for the Democratic nomination I need to tweak that. Their contenders in 2020 are literary characters, all right. But from different novels.

Straight Out of C.S. Lewis

The lesser Democrats (Warren, Buttigieg, Klobuchar, and now Biden) are minor comic figures from one of Tom Wolfe’s satires. (Think of The Bonfire of the Vanities.) Each has clawed his way to the top of a different greasy political ladder that stops well short of the presidency. And each now waves around his 10-point, single-spaced resume, crowing about how he followed all the rules, so now it’s his turn. It’s only fair. Watching such stunted people flail around at the end of their tethers is ultimately kind of … sad.

But Bernie Sanders and Mike Bloomberg are different. They’re major characters, and from a more important writer. Each of them could have sprung from the pen of C.S. Lewis, and stepped out of the pages of the dystopian satire That Hideous Strength. In fact, the two candidates seem like colleagues at the conspiratorial think-tank, the National Institute for Co-ordinated Experiments (N.I.C.E.). 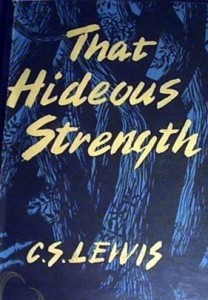 Paul Sperry makes the case that we should take seriously Sanders’ consistent support for Communist regimes. You know, as the media would if Trump had a long track record of praising fascist governments, like Pinochet’s Chile. Or had honeymooned with Ivana in apartheid-era South Africa. Sperry writes:

If Sanders were vying for a Cabinet post, he’d never pass an FBI background check. There’d be too many subversive red flags popping up in his file. He was a communist collaborator during the height of the Cold War.

[Sanders] organized for a communist front, the United Packinghouse Workers Union, which at the time was under investigation by the House Committee on Un-American Activities.

After graduating with a political science degree, Sanders moved to Vermont, where he headed the American People’s History Society, an organ for Marxist propaganda. There, he produced a glowing documentary on the life of socialist revolutionary Eugene Debs, who was jailed for espionage during the Red Scare and hailed by the Bolsheviks as “America’s greatest Marxist.”

Sanders took several “goodwill” trips not only to the USSR, but also to Cuba and Nicaragua, where the Soviets were trying to expand their influence in our hemisphere.

Sanders also adopted a Soviet sister city outside Moscow and honeymooned with his second wife in the USSR. He put up a Soviet flag in his office, shocking even the Birkenstock-wearing local liberals. At the time, the Evil Empire was on the march around the world, and threatening the US with nuclear annihilation.

Then, in 1989, as the West was on the verge of winning the Cold War, Sanders addressed the national conference of the US Peace Council — a known front for the Communist Party USA, whose members swore an oath not only to the Soviet Union but to “the triumph of Soviet power in the US.”

In the last debate, Sanders ranted and fumed. He cited the suffering of the “American working class.” Maybe this old man thinks he’s running in 1932. He’s campaigning to half-starved workers squatting in “Hoovervilles” and waiting hollow-eyed on bread lines. Instead of, you know, enjoying an economic boom with record-low unemployment and real pay raises in blue-collar pockets. That’s because Sanders is not a politician. Or indeed a public figure grounded in day-to-day reality. He’s a wild-eyed prophet of a gnostic religion.

His creed? Hate the world as it is. Love instead the crudely drawn but fanatically treasured Utopian dream-world it promises to make real. Ignore the cost in blood, waste, freedom and mutual hatred that would impose on living, breathing people. You know, like the tens of millions who died from Cuba to Cambodia.

In other words, Sanders incarnates C.S. Lewis’ character Reverend Straik. That parson has decided that the “Kingdom of God” is something we forge on earth via bayonets and bullets. Jesus was nothing more than a prophet of revolution. A partisan of the poor who tragically died too young to fully unfold his worldview. Or found an effective guerrilla movement to fight the Romans. We should cling to Jesus’ occasional signs of rage against injustice. Just slough off His calls for non-violence and meekness. Think of them as youthful indiscretions a longer-lived activist would surely have outgrown.

Bernie Sanders and Mike Bloomberg are different. Each of them could have sprung from the pen of C.S. Lewis, and stepped out of the pages of the dystopian satire “That Hideous Strength.”

In other words, we should reject Christian metaphysics, but cling arbitrarily to certain tenets of Christian morality. Why? Because we like them. They give us a pretext for a life spent boiling over with rage against our neighbors. And scheming to gain more power to engineer their lives and “fix” them. For their own good, of course. That’s what Bernie Sanders has been doing for decades, instead of ever getting a real productive job.

And Bloomberg? He shows us how small and squalid human beings become when they dispense with biblical morality altogether. Then follow materialism all the way down the slippery Gadarene slope to drown in the sea. Tim Carney’s truthful portrait of the ex-mayor is a savage masterpiece. A few choice snippets appear below.

Mike Bloomberg once pointed to the in utero child of an employee and said “kill it, kill it,” according to two witnesses.

According to another female employee, he would say of attractive women, “I’d like to do that piece of meat.”

“It’s a f—ing baby,” Bloomberg reportedly yelled at another female employee when she was scrambling to find a nanny for her child. “All it does is eat and sh*t! It doesn’t know the difference between you and anyone else! All you need is some black who doesn’t even have to speak English to rescue it from a burning building!”

Carney sums Bloomberg up, for all his billions, in a few short well-chosen words.

Bloomberg’s ideology is neither left nor right. Instead, his worldview is supremely materialistic, and ultimately inhuman.

In Bloomberg’s eyes, any talk of the dignity of the human person is mawkish sentimentality. Mike Bloomberg doesn’t see people as ends in themselves, but instead as means to ends.

People are either inconveniences to be ignored or terminated (babies), threats to be neutralized and intimidated (minority males), corporate machine parts to be exploited for profit (employees), or tools for sexual gratification (women).

In other words, Bloomberg is the real-life Filostrato. He’s the eunuch scientist Lewis depicts in That Hideous Strength who has learned to loathe all biological life. Its messy, sticky, oozing fertility and madcap freedom offend Filastrato. He prefers the austerity of bone-freezing empty space, and the tidy sterility of planets without any atmosphere. Filostrato wants to impose an authoritarian state, to be sure. But only as a means to finally “cleansing” the planet of the “contagion” of organic life.

Bloomberg doesn’t seem to be big on introspection, so even he might not realize it. But his own Utopia, fully realized, is easy to picture. Visualize a world of disarmed, dutiful worker bees kept “happy” by sex robots and docile by surveillance drones.