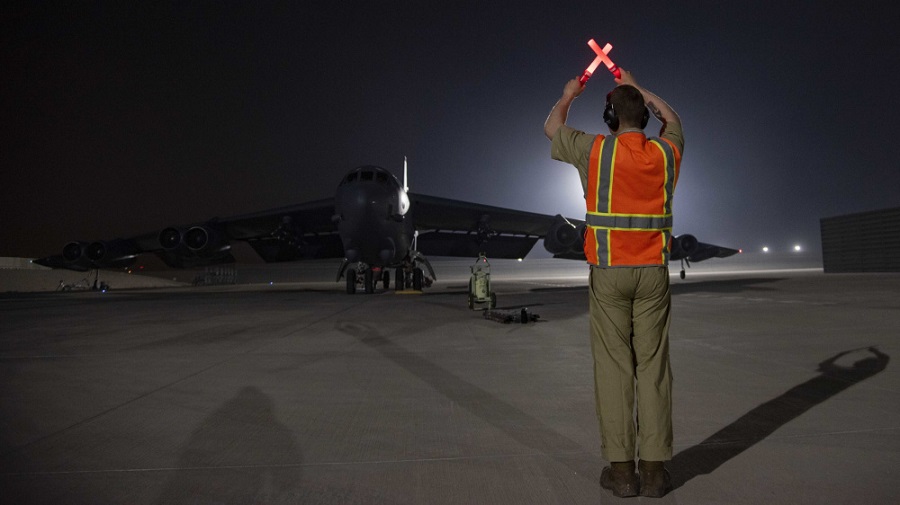 A U.S. Air Force B-52H Stratofortress arrives on April 26, 2021, at Al Udeid Air Base in Qatar to support the drawdown of U.S. forces in Afghanistan.

Anyone who thought it would be easy to end the almost 20-year U.S.-led war in Afghanistan was wrong.

To its credit, CBS News sent a team to Afghanistan this week to cover the early stages of the withdrawal of American troops. An article filed by Charlie D’Agata contains an ominous warning about what to expect in the war zone over the next four-plus months.

“The U.S. military is preparing for a fight: Deploying Army Rangers to help extract U.S. forces, B-52 bombers and extending the USS Dwight D. Eisenhower‘s stay in the region,” D’Agata reported.

As The Stream noted last week, the number of U.S. troops in Afghanistan will likely increase before the war is eventually declared over. Not only do these additional U.S. forces need to help remove massive amounts of equipment, but also protect departing troops from possible attacks by al Qaeda and the Taliban. As CBS noted, neither terrorist group ever stopped attacking Americans and Afghans after previous agreements were signed, so there’s no real reason to believe the violence will suddenly stop.

“They’re operating together,” Afghan general Yasin Zia told CBS. “They have no problem and nothing will change.”

With America’s longest war set to end by the 20th anniversary of the 9/11 attacks, it would be easy to forget about Afghanistan and the thousands of brave men and women still risking their lives there on a daily basis. But we can’t. We must keep paying attention to their sacrifices and pray for their safety until every single American service member is out of harm’s way.

Thousands of U.S. troops are also stationed in Iraq, which has been the site of rocket and drone attacks as well as constant tensions with Iran.

“In recent weeks, the autonomous Kurdistan Region has witnessed several rocket and drone attacks targeting bases that house U.S. and foreign troops,” Voice of America reports. “The attacks killed at least one contractor and a Turkish soldier and wounded several others.”

The escalating violence prompted Secretary of State Antony Blinken to call the Kurdistan Regional Government’s prime minister, Masrour Barzani. According to the State Department, Blinken condemned recent attacks on U.S. and coalition forces, including the aforementioned drone strike. Kurdistan is reportedly asking the U.S. to do more to help push back both Iranian-backed militias and ISIS terrorists.

Hundreds of U.S. troops are also in Syria, which has been the site of not only a brutal civil war, but a proxy war between Iran and Israel. U.S. and Israeli officials agreed this week to establish a “working group” aimed at combatting the drone and missile threat by Iran, which has been smuggling the weapons to Syria and other countries.

A controversy also erupted this week over U.S. Climate Envoy John Kerry allegedly divulging Israeli military secrets to Iran while he was previously serving as Secretary of State under President Obama. Kerry called the allegations “unequivocally false” in a Monday tweet.

Meanwhile, the Biden administration has continued the Trump administration’s efforts to free American journalist Austin Tice, who was abducted in Syria in 2012. The New York Times reports that Secretary Blinken recently told Tice’s family that “the department had ‘no higher priority’ than seeking his release.”

Please join The Stream in praying for Austin Tice’s safe return to his loved ones.

A group of National Guard soldiers recently returned home to Iowa after ten long months deployed to the Horn of Africa. 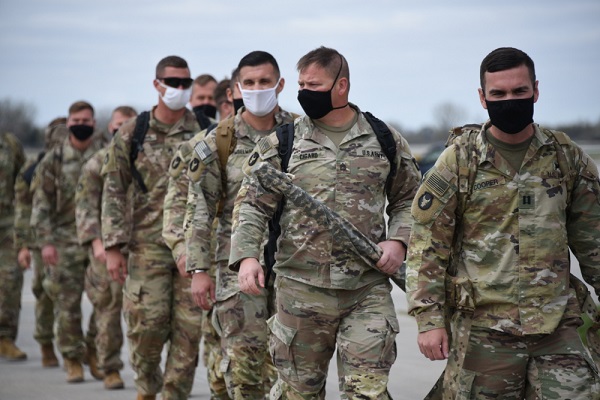