This Week at War: ‘A Tremendous Impact’ 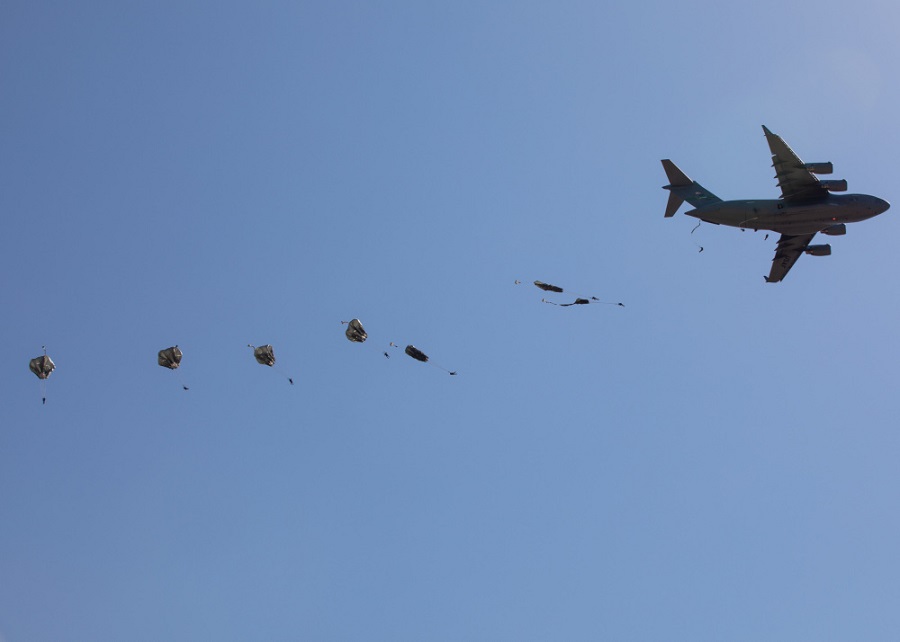 The brave men and women of our military don’t just risk their lives while at war overseas. Many also do so on a daily basis while training here at home.

“Specialist Jenks was a dedicated paratrooper, gifted forward observer, loyal friend and talented artist who consistently made a tremendous impact on all around her,” U.S. Army Lt. Col. Christopher Walsh said in a statement released by the 82nd Airborne Division. “She will be dearly missed.”

Today we mourns the loss of Spc. Abigail Jenks, a fire support specialist assigned to HHB, 1-319 AFAR, @PantherBrigade. She was killed Monday while conducting a jump from a UH-60 Blackhawk.

The same statement said Spc. Jenks hailed from Gansevoort, New York, and volunteered for military service in 2018. The decorated soldier was “conducting a static-line jump from a UH-60 Black Hawk helicopter when she suffered the fatal injury,” according to the military.

Specialist Abigail Jenks is survived by her parents, relatives, friends and fellow U.S. Army paratroopers. Please pray for them during this unimaginably difficult hour of grief.

Marines at Camp Pendleton were back in the ocean this week training in amphibious assault vehicles for the first time since nine men died when one of the troop carriers sank on July 30 during a training exercise off of San Clemente Island.https://t.co/2MWnCNJjLZ

For the first time since a heartbreaking July 30 training accident took the lives of eight U.S. Marines and one U.S. Navy sailor, service members stationed at California’s Camp Pendleton are once again training in amphibious assault vehicles (AAVs).

Stars and Stripes reports that in addition to its probe of last year’s tragic AAV sinking, the Marine Corps conducted eight months of testing on its 800-vehicle fleet. All water-based AAV training was suspended from the day of the accident until this week.

“Using the armored vehicles to transport troops from a ship to shore and back — what the AAV that sank last summer was doing — is still prohibited,” according to Stars and Stripes.

American troops at war in Afghanistan are beginning to pack up ahead of the upcoming withdrawal of U.S. forces, which was announced last week.

According to the Associated Press, equipment is starting to be shipped out of the war-torn country. The withdrawal is formally set to begin on May 1 and conclude by the 20th anniversary of the 9/11 terrorist attacks.

An estimated 3,500 U.S. troops are still risking their lives in Afghanistan. More are expected to arrive in the country in the coming weeks to help with the withdrawal process. Please keep these deployed service members and their families in your prayers.

Hundreds of U.S. troops are also stationed in Syria. The country is not only in the grips of a brutal civil war, but the site of a Thursday missile strike by Israel.

According to Reuters, Israel’s attack was in retaliation for a missile strike by Syria in southern Israel near a nuclear reactor. The missile attacks come after months of tension between Israel, Syria and Iran.

As always, The Stream is praying for peace. Please join us in asking God to spare the region and the world from another bloody war. 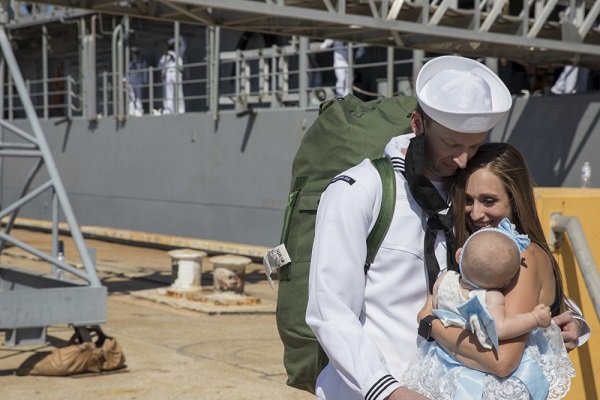 A U.S. Navy sailor aboard the guided-missile cruiser USS Philippine Sea embraces his family following the ship’s return to Naval Station Mayport in Florida on April 21, 2021.