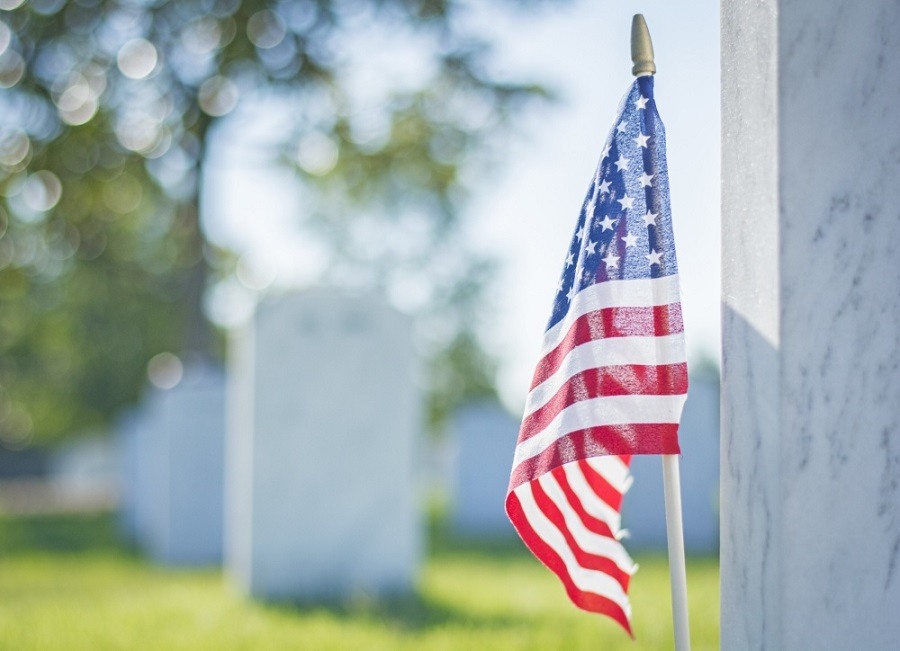 An American flag adorns a headstone in Section 60 of Arlington National Cemetery.

The war in Afghanistan is coming to an end after nearly 20 years of sacrifices by the brave men and women of our nation’s military community.

As I sat down to write about this momentous news, Bob Dylan’s “Knockin’ On Heaven’s Door” coincidentally began playing on my SiriusXM satellite radio app. It made me think of the thousands of American heroes watching down on all of us from heaven after making the ultimate sacrifice.

Statistics cannot adequately convey the Afghanistan conflict’s true cost. Real people have paid the price of nearly two decades of constant war, and it’s their stories that matter most.

Every day, I log into Facebook and scroll through posts by the many Gold Star family members and veterans I’ve been honored to connect with over the past decade-plus of writing about America’s longest war. I see pictures of a boy who never got to meet his dad, yet misses him every single day. I see veterans honoring and remembering the friends they lost. I see heartbreaking posts by a mother who desperately yearns to give her departed son one more hug.

Amid the pain and sadness, there is boundless courage and hope. Like their fallen angels, each and every Gold Star family member I’m acquainted with has shown staggering strength in the face of incomprehensible tragedy. They are America’s national treasures.

Politics aside, President Biden did the right thing by visiting Section 60 of Arlington National Cemetery on Thursday after announcing that the war in Afghanistan would soon be over. Thousands of post-9/11 heroes – including many I’ve had the privilege of writing about – now rest for eternity in this sacred stretch of hallowed ground.

Every American should visit Section 60. There, you will learn about many of the courageous men and women who took it upon themselves to defend our country after it was attacked on September 11, 2001. You will likely also witness grieving family members whispering and praying beside the majestic white headstones of their loved ones.

Policy can and will always be debated. Four presidents – George W. Bush, Barack Obama, Donald Trump and Joe Biden – presided over America’s longest war. The actions of each commander-in-chief will be exhaustively analyzed and criticized by historians.

What should never be questioned is the valor of America’s fighting force of volunteer warriors. Every single day for almost 20 years, they put service before self while climbing Afghanistan’s mountains, searching its caves and crossing its deserts. That’s why our nation’s combat veterans – especially over 20,000 who suffered physical wounds in Afghanistan and thousands more who live with invisible injuries – are also national treasures.

As Dylan’s famous song goes, “Mama put my guns in the ground, I can’t shoot them anymore.” As the Afghanistan conflict comes to a close, 2,452 American heroes who made the ultimate sacrifice during America’s longest war now inhabit a glorious place where they’ll never again need a weapon. They did their duty, which means ours must now be to ensure our country never forgets them or the families they left behind.

“We ask a lot of those who wear our uniform,” President Bush said while announcing the Afghanistan invasion on October 7, 2001. “We ask them to leave their loved ones, to travel great distances, to risk injury, even to be prepared to make the ultimate sacrifice of their lives.

They are dedicated. They are honorable. They represent the best of our country, and we are grateful.”

American troops still at war in Iraq were the target of a troubling new kind of attack on Wednesday night.

According to Reuters, a drone dropped TNT near U.S. service members at an airport in Erbil, which is in northern Iraq. There have thankfully been no reports of casualties.

The news agency reports that Wednesday’s explosion marked “the first known attack carried out by an unmanned aerial drone against U.S. forces in Erbil.” The same airport was struck by enemy rockets in February, injuring five Americans. The U.S. government blamed militias backed by Iran for that attack and responded with airstrikes on targets in Syria.

Please say a prayer for the brave American troops and contractors serving in this dangerous part of northern Iraq and throughout the Middle East.

U.S. Navy sailors serving on the USS Providence are back home after several months at sea aboard the submarine. 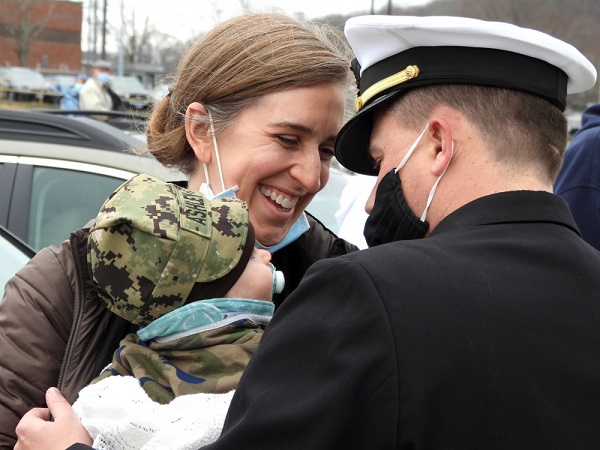 A U.S. Navy sailor greets his wife and baby during a homecoming event for the USS Providence at Naval Submarine Base New London in Groton, Connecticut, on April 1, 2021.

Welcome home! Thank you for defending our freedom.