This Week at War: Our Military’s ‘Long Fight’ 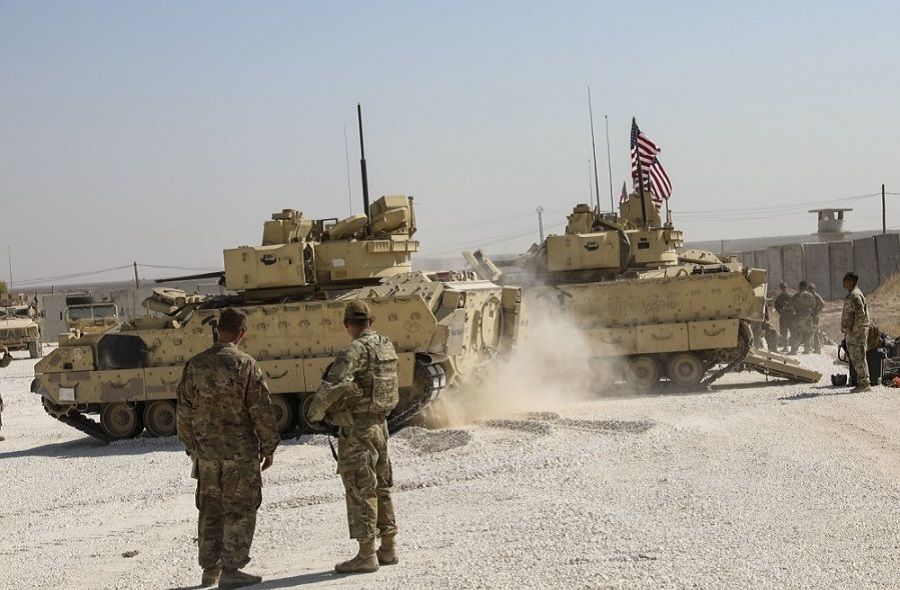 U.S. troops are still at war in Syria.

About 100 additional troops and Bradley fighting vehicles arrived in the northeastern part of the war-torn country this week to battle ISIS and stand up to the Russian military, which has been “deliberately provocative and aggressive” in recent months, according to U.S. Central Command. Russia’s actions include an August vehicle ramming incident that injured numerous American service members.

The @Coalition routinely re-postures force elements in NE Syria to ensure the protection of our forces, support our partners and the enduring mission to #DefeatDaesh pic.twitter.com/gY44JNgDYH

In all, there are about 600 U.S. troops at war in Syria with a primary mission of destroying remnants of the ISIS terrorist group. Our prayers are with these American heroes serving in one of the world’s most dangerous countries, as well as neighboring Iraq and nearby Afghanistan.

September 21-26 is Gold Star Families Remembrance Week, which honors the loved ones of those who made the ultimate sacrifice for our nation in war.

Having spent the last decade meeting and interviewing Gold Star family members, I want each and every one of you to know that you are constantly being prayed for. I am particularly thinking about the family of U.S. Navy LT (SEAL) Brendan Looney, who was killed in Afghanistan ten years ago this week, and U.S. Army Sgt. Joshua “Jay” Strickland, who died on the same date three years later.

I say it all the time and I’ll say it again: Gold Star families are national treasures. It is our duty as Americans to ensure that their loved ones are always remembered.

About 500 National Guard troops were sent to Louisville, Kentucky, this week in the wake of civil unrest following the high-profile Breonna Taylor case. Among their Wednesday night duties was protecting the local hospital where two police officers were taken after being shot.

We are praying for these wounded law enforcement officers, as well as for safety and calm in Louisville and other cities across the country. We can have a national discussion about important issues without resorting to violence.

As you may have read last week on The Stream, thousands of troops from the National Guard and other military branches have been busy responding to hurricanes and wildfires.

A week after Hurricane Sally’s landfall, National Guard troops on the Gulf Coast are still helping residents with recovery efforts.

Photo of the Day: Pfc. Angela Sandoval, of the @AlabamaNG, hands out water to a local citizen affected by Hurricane Sally. https://t.co/Y74ktpgF4L pic.twitter.com/6CnDj7C6xG

On the West Coast, approximately 2,300 members of the National Guard are helping fight fires, evacuate residents and deliver supplies.

The Washington Post reports that the military is preparing for a “long fight” against the devastating outbreak of wildfires. Marines and sailors stationed at Camp Pendleton in California are now being trained to join the firefighting effort.

All of us at The Stream are praying for the thousands of Americans being affected by these raging wildfires. From loss of life to property damage and displacement, the impact these simultaneous disasters are having on a large section of our country cannot be overstated. We ask God to protect the innocent and watch over those bravely battling these terrible fires.

Tens of thousands of U.S. troops continue to assist in the war on COVID-19. From setting up countless coronavirus testing sites and field hospitals to helping distribute food and protect nursing homes, the military’s massive mobilization to battle the pandemic has been unprecedented.

“For the past six months, an extraordinary group of men and women have sacrificed each day to serve their neighbors and friends struggling to access and afford food amid the pandemic,” Lisa Hamler-Fugitt of the Ohio Association of Foodbanks said. “We are so deeply thankful that the Ohio National Guard will extend its support of this mission for the next three months as we plan together for what’s to come in 2021.”

The military’s sacrifices while fighting the war on COVID-19 have come at a high cost. According to Department of Defense statistics, 43,851 American service members have tested positive for COVID-19, with 29,033 listed as having recovered. There have been 603 hospitalizations, and as you’ve probably read on The Stream, seven tragic deaths.

Please continue to pray for our troops and their families as they remain on the front lines of the war on coronavirus. 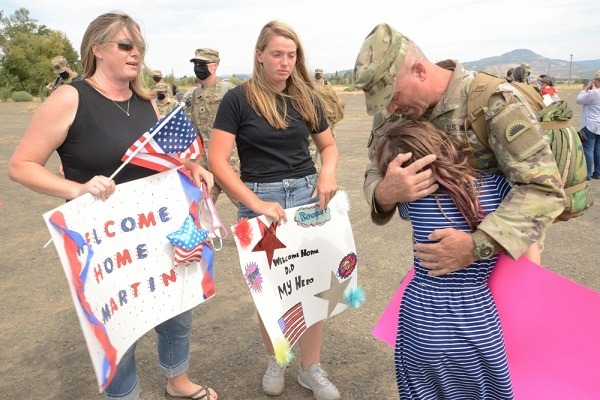 Family and friends greet Oregon Army National Guard soldiers after their deployment to Africa on August 18, 2020 in Medford, Oregon.

Thank you for defending our freedom overseas and welcome home, warriors!