This Week at War: On the Front Lines 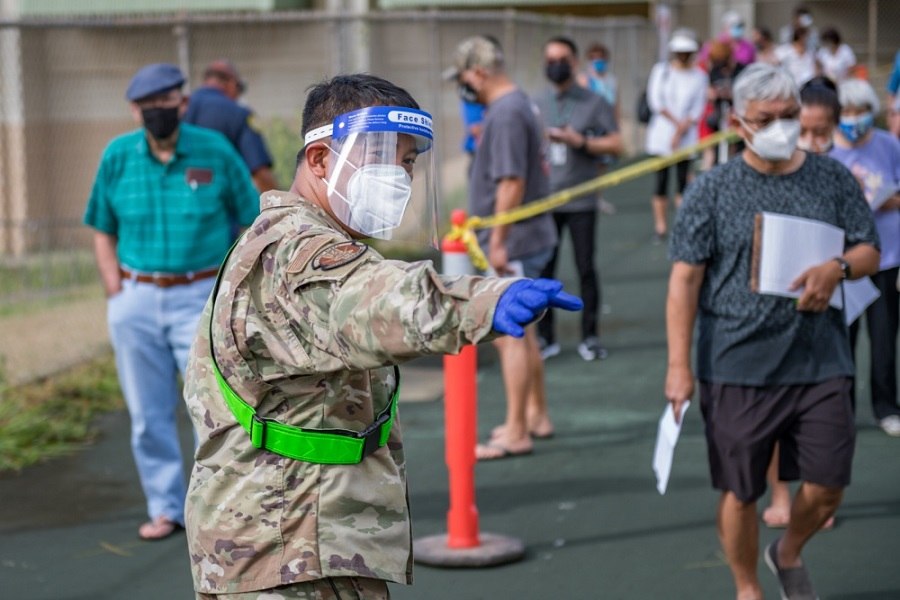 A seventh American warrior has died during the military’s war on COVID-19.

Military.com reported on Thursday that U.S. Army Reserve Sgt. 1st Class Clifford Gooding, 58, of Gulfport, Florida, was added to the Department of Defense’s running tally of coronavirus deaths. The 27-year Army veteran, who passed away on August 28, was “full of life and [had an] amazing personality,” said the fallen soldier’s friend, James Johnson, as quoted by Military.com.

The site added that Sgt. 1st Class Gooding is survived by “a wife, Rosana, and several children.” Please pray for all who knew and loved this American hero.

Last week, The Stream reported on the passing of a California National Guard member, who became the military’s sixth COVID-19 death. The tragedy is a stark reminder of the great risks being taken by the valiant men and women of the National Guard as pandemic response efforts continue across the country.

“It’s important to test populations like this that don’t have quick access to medical care,” Nevada Air National Guard 1st Lt. Hannah Barrera said. “They are in an interesting scenario where they have a lot of transient traffic. They absolutely can be exposed.”

We are eternally grateful to the heroes of the National Guard for stepping forward during this war on coronavirus. All of us at The Stream are praying for the families of the fallen and those who have tested positive for the disease. May God bless all of our nation’s protectors.

By all accounts, the National Guard has also done a magnificent job helping state and local authorities recover from Hurricane Laura, which made landfall last week on the Gulf Coast.

Before the storm, the National Guard assisted in evacuating thousands of at-risk residents and pets as well as clearing roads and bridges. All across Louisiana and Texas since the hurricane hit, members of the National Guard have been busy handing out food and supplies, clearing debris and restoring power.

Photo of the Day: Tech Sgt. Joshua Blossom, of the @LANationalGuard, removes disconnected power lines from downed trees in Lake Charles in the wake of Hurricane Laura. https://t.co/FvE6jg8vx8 pic.twitter.com/ZXE9kkzpsI

Thank you to the brave men and women of the National Guard for always stepping up to respond to hurricanes and other natural disasters. Along with police officers, firefighters and first responders, nobody does more to keep our communities safe.

Two American heroes are on the verge of being recognized with the Medal of Honor for heroic acts that occurred a decade apart in Iraq.

U.S. Army Sgt. Maj. Thomas “Patrick” Payne will receive the nation’s highest military award from President Trump on next week’s 9/11 anniversary, according to the Associated Press. James LaPorta reports that the U.S. Army Ranger helped save the lives of approximately 70 hostages being held by ISIS in the northern Iraqi town of Huwija in 2015.

Sgt. 1st Class Alwyn Cashe could be the first African American recipient of the Medal of Honor for combat valor in Iraq and Afghanistan. Cashe suffered fatal burns while bursting into a burning vehicle to save the lives of fellow soldiers in Iraq.https://t.co/IBqVjkiyYf

U.S. Army Sgt. 1st Class Alwyn Cashe was killed in Iraq in 2005, but his ultimate sacrifice has not been forgotten. Late last week, Defense Secretary Mark Esper recommended that President Trump upgrade the already legendary soldier’s posthumous Silver Star to the Medal of Honor. Sgt. 1st Class Cashe would become the first African-American service member to receive the medal as a result of the wars in Iraq and Afghanistan.

Having helped immigrant Medal of Honor recipient Flo Groberg tell his incredible story of courage, I hope Sgt. 1st Class Alwyn Cashe is also recognized for sacrificing his own life to rescue fellow soldiers from a burning vehicle. I look forward to President Trump hopefully presenting the Medal of Honor to this fallen hero’s family.

While Portland has been in the news for all the wrong reasons, here is a positive story from a city that remains partially besieged by civil unrest.

A group of Oregon National Guard soldiers returned to Portland on Wednesday after a deployment to the Middle East. They were greeted by family and friends who missed them dearly. 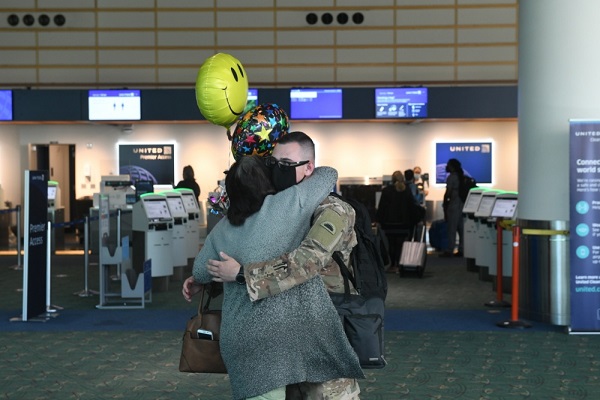 Oregon Army National Guard soldiers are welcomed home from a deployment to the United Arab Emirates at Portland International Airport in Oregon on September 2, 2020.