This Week at War: Heroes and Hurricanes 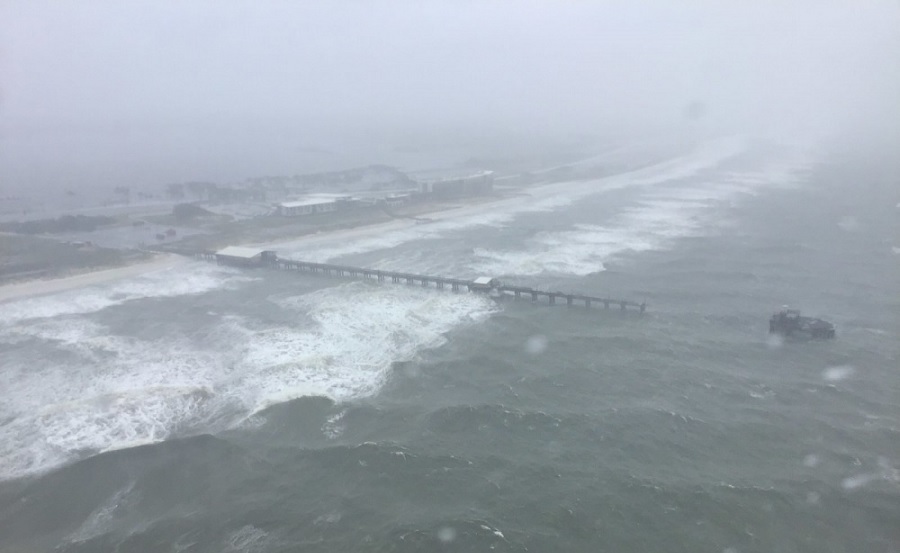 While the military’s primary duty is to fight and win war, U.S. service members respond to natural disasters with equal vigor. At this hour, thousands of National Guard and Coast Guard troops are helping residents recover from the devastation caused by Hurricane Sally.

The storm, which made landfall Wednesday morning on the Gulf Coast as a Category 2 hurricane, has killed at least one person and flooded several coastal towns in Alabama and Florida. Parts of Pensacola, which is home to a major U.S. Naval Air Station, were “under as much as five feet of water” on Thursday, according to CBS News.

The brave men and women of the National Guard had sprung to action long before the hurricane hit. As of Thursday afternoon, nearly 2,000 were on duty for storm response efforts in Alabama, Florida, Louisiana and Mississippi. More will presumably be activated as the weakened but still serious storm heads northeast through Georgia, South Carolina and North Carolina.

⛑️In the aftermath of #Sally Escambia County Fire Rescue crews helped more than 35 residents in the Lake Charlene area get to dry land today with the help of @NationalGuard rescue vehicles.

Sending love to all of those along the Gulf Coast affected by Sally 💙Stay safe… pic.twitter.com/llBKKoi4m8

Thank you to the heroes of the National Guard and Coast Guard for working with first responders to save lives during this and other powerful hurricanes to hit the United States so far this year. Our prayers are with everyone on the Gulf Coast dealing with the difficult aftermath of Hurricane Sally.

The men and women of our nation’s military have also stepped up to battle the blazes ravaging much of the west coast.

From helping fight the actual fires to rescuing residents and strengthening food banks already strained by the COVID-19 pandemic, the National Guard and other members of the military are performing with bravery and brilliance. We pray for the safety of these heroes along with each and every citizen they are risking their lives to protect from these devastating fires.

As peace in the Middle East inched closer after a historic peace treaty was signed this week at the White House, it’s important to remember that thousands of brave U.S. troops are still at war in places like Iraq, Syria and Afghanistan.

In Iraq, coalition troops killed one ISIS terrorist and captured another this week in the western province of Anbar, the site of much bloodshed during the war. In Baghdad, two rockets were fired at the U.S. Embassy, one of which was “intercepted by a U.S. radar-guided close-in weapon system called C-RAM,” according to Fox News. No injuries were reported among U.S. troops.

While about 3,000 U.S. troops remain in Iraq after about 2,200 were withdrawn by President Trump, only around 200 remain in Syria, according to Defense One. Their primary job is to work with Kurdish troops to fight ISIS terrorists in the northern part of the war-torn country.

On Tuesday, American troops in Syria had a scare when a coalition AH-64 Apache helicopter was forced to make an unscheduled landing due to mechanical issues, according to a U.S. military spokesman. The crew was thankfully able to make it to a nearby military base without coming under fire.

In Afghanistan, about 8,500 U.S. troops remain almost 19 years after the war was launched. President Trump has promised to reduce the number of troops to about 5,000 by Election Day. More peace talks between the Taliban and the Afghan government are currently taking place in Qatar, although past failures leave little hope for a breakthrough. The Taliban has continued to target Afghan troops, civilians and U.S. military bases in Afghanistan despite publicly promising to stop the violence.

Often lost in foreign policy discussions is the impact of deployments on military families. One military spouse, Meka Harrell, wrote about what it was like to care for four children while her husband was at war. One of those precious children was born while he was away.

“If there’s one thing I learned about this deployment, it’s that it truly takes a village,” Harrell wrote. “While I am often called a ‘supermom’ or told I make it ‘look easy’ none of what I do could happen without my village cheering me on.”

Please join me in cheering on Blue Star families like the Harrells and praying for all U.S. troops, military spouses and children dealing with the daily stresses of overseas deployments, especially during the COVID-19 pandemic.

About 200 U.S. Army paratroopers have returned home to their loved ones after spending much of the past year fighting the war against ISIS in Iraq and Syria. 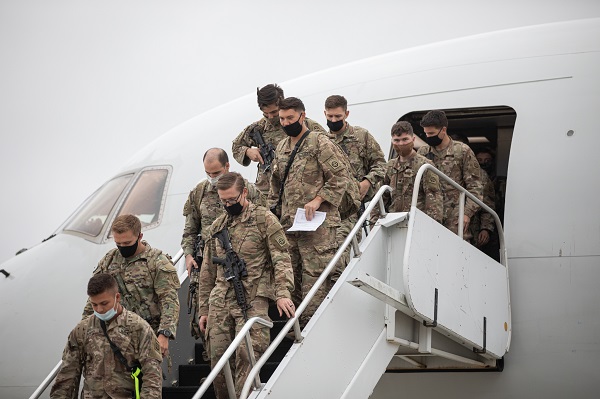 U.S. Army paratroopers return to Fort Bragg from an overseas deployment in support of Operation Inherent Resolve on September 9, 2020, in North Carolina.

After returning from Afghanistan two weeks ago, another group of courageous warriors was reunited with their families this week after completing a post-deployment quarantine.

Welcome home! Following a two-week precautionary quarantine, #WarriorBrigade Soldiers were welcomed back from their deployment to Afghanistan by families and friends.#ClimbToGlory #FindAWayOrMakeOne pic.twitter.com/D7MyuGpJV5

Welcome home, heroes! Thank you for defending freedom and our flag.