The Morning Brew: So What Did I Miss? Whoppers, Disappearing Grandchildren and the Brave Return of the Dancing Grannies 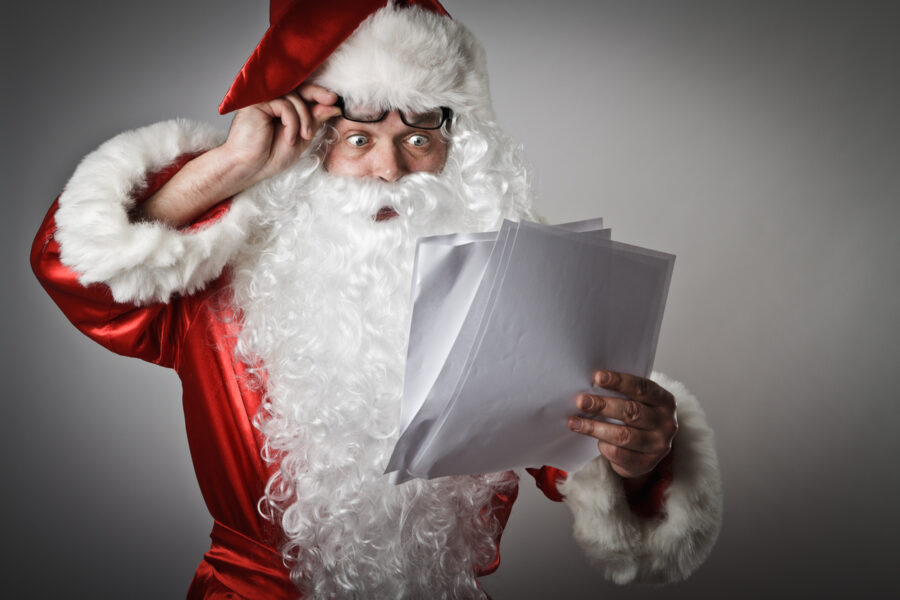 Happy December 6, the day before the day that will live in infamy.

Spent a beautiful day last week at Mt. Vernon. I can confirm that witnessing all that’s going on in this country does have George Washington spinning in his tomb. But a guide — pardon me, “historical interpreter” — assured me President Washington’s last words were not “Let’s Go Brandon.”

But they may have been “Epstein didn’t kill himself.”

So what did I miss while I was away?

A Week of Whoppers

I missed some … verbal creativity. Joe Biden insisted he went over and assisted Israeli Prime Minister Golda Meir during 1967 Six-Day War. He did no such thing. He was too busy leading the civil rights movement, headlining the Monterrey Pop festival, and leading the Green Bay Packers to Super Bowl victory. Actually, Biden at the time was a below-average college student. Meir wasn’t even Prime Minister. Perhaps he’s confusing helping Golda Meir with watching Goldie Hawn.

Alec Baldwin insisted to ABC’s George Stephanopoulos, “I did not pull the trigger” … when he fired the gun that killed cinematographer Halya Hutchins. (Fat chance, gun experts tell The Wrap.) He also wiped his hands of any responsibility for her death. “Someone is responsible. It’s not me.” He now claims the gun was fired by two Nigerian brothers in MAGA hats.

Well, why not? This is the same ABC where George’s co-host Robin Roberts allowed Jussie Smollett to push his MAGA-slurring hoax.

Smollett’s on trial facing six counts for that hoax. And he’s still insisting he was attacked … even as video emerges of him rehearsing his attack, and the two beefy pals who helped him stage it testify under oath to the details. “He’s the real victim in this story,” his lawyers told jurors.

CNN took Fredo out onto the lake Saturday night. Chris Cuomo was fired “effective immediately.” Chris used his CNN position to help his brother, recently resigned New York Governor Andrew Cuomo, try to overcome sexual harassment allegations. Or more accurately, he was canned because he hadn’t been clean with CNN or his ten viewers just how extensive that help had been. For example, Cuomo had used his sources to try and get info on his brother’s accusers.

Cuomo released a statement after his firing.

This is not how I want my time at CNN to end but I have already told you why and how I helped my brother. So let me now say as disappointing as this is, I could not be more proud of the team at Cuomo Prime Time and the work we did as CNN’s #1 show in the most competitive time slot. I owe them all and will miss that group of special people who did really important work.

Christmas decorations at White House. On the fireplace under that famous portrait of Abe Lincoln you see six Christmas stockings. According to Dr. Jill, that’s one for each of her grandchildren.

Except the Biden’s have seven grandchildren. They refuse to acknowledge three-year-old Navy Jones Rogers, the daughter Hunter fathered by London Alexis Roberts. Odd. The one little girl Joe isn’t eager to cozy up to is his own granddaughter.

In all seriousness, if that’s how they treat their own flesh-and-blood, why should we expect better treatment for our kids?

The Daily Mail says it’s unclear how many times Epstein actually met with Clinton. It’s a safe bet he spent more time huddling with Bill at the White House than Hillary did.

It seems confounding that Epstein and Maxwell could so easily carry on their international child sex trafficking among the world’s most elite and powerful for so long. Then you hear about a new report from Buzzfeed that within the past 14 years, at least 10 CIA staffers have committed child sex crimes with only one being prosecuted.

Economists were expecting half a million new non-farming jobs in November. The actual number? Less than half that. A mere 210,000 jobs.

Psaki Kept Circling Back to Stupid

You know that rash of massive store lootings going on in places like New York, L.A. and San Francisco? You know, those places whose progressive prosecutors don’t prosecute criminals? White House spokesperson Jen Psaki blames the crime spree on … wait for it … the pandemic. And guns.

“Does the President still think that crime is up because of the pandemic?” asked Fox News’ Steve Doocy.

“I think many people have conveyed that, and also one of the reasons that crime,” Psaki responded, “one of the root reasons crime we’ve — root causes of crime in communities is guns and gun violence. And we’ve seen that statistically around the country.”

Just like statistically, SUV’s are responsible for the mass killing of children and senior citizens in Waukesha.

Remember how Biden spent the 2020 campaign saying he had a “plan” for COVID? He did! What he didn’t tell us was that plan was to use COVID as an excuse for everything going wrong in his administration.

Speaking of COVID, there’s a new variant raising a fuss. It’s called “Omicron.” It’s now been found in 36 countries. So far, the only thing it’s killed is liberty.

From Rita Peters and Brad Tupi breaking down the oral arguments and constitutional issues to Dr. Michael Brown on how our prayers are needed now more urgently than ever to rid the nation of the Roe abomination. Plus Stream contributor Josh Shepherd was on the hectic scene at the Supreme Court, introducing us to twin sisters: One a Republican, the other a Democrat. Both #ProLife.

Could Roe really be overturned? It’s looking good. What a gift that would be in 2022.

“We’re moving forward because that’s what they would want us to do,” Dancing Granny Jan Kwiatkowski says.

Just two weeks after losing four of their members in the Waukesha terror attack, the Dancing Grannies made their return Saturday. The group marched in a parade in Franklin, Wisconsin.

Tamara Durand, Virginia “Ginny” Sorenson, Leanna “Lee” Owen and Wilhelm Hospel were among those killed when the white-hating repeat felon Darrell Brooks, Jr., slammed his SUV into children and the Dancing Grannies during a Christmas parade in Waukesha.

The group did not dance and weren’t in their glittery garb. Instead, they marched arm-in-arm, with a banner and sweatshirts bearing the names of their four fallen friends.

Only 2 weeks after they lost 4 people in the Waukesha Christmas parade, the Milwaukee Dancing Grannies are back.

They walked in the Franklin parade this afternoon with a banner honoring their friends.

Their story of resilience tonight after football @fox6now pic.twitter.com/RVWctzL2pq

“We are going to get through this,” Dancing Granny Laura Thein told FOX 6 Milwaukee. “We are very strong women, and with the strength of each other we will get through it.”

A time to mourn, a time to dance.