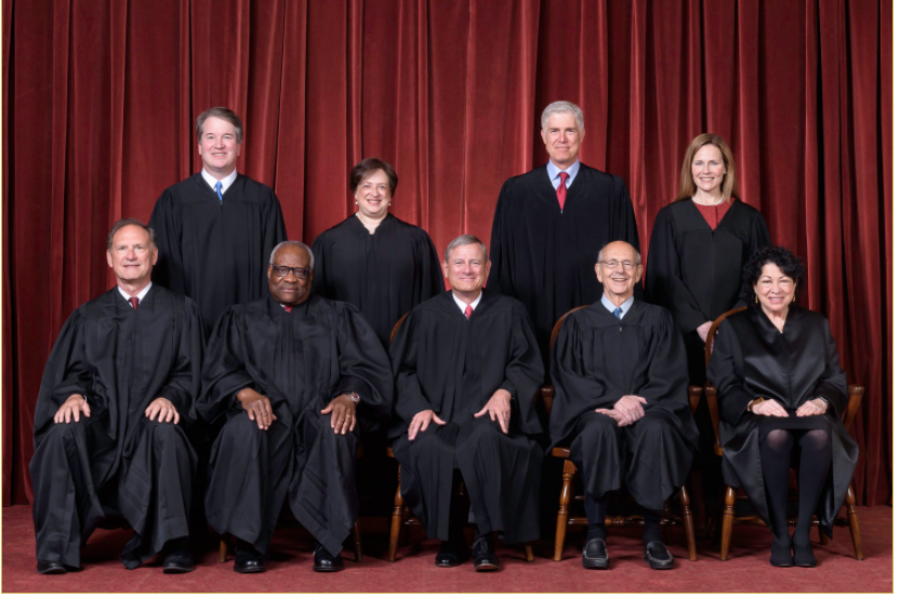 This morning I listened to oral arguments before the United States Supreme Court in Dobbs v. Jackson Women’s Health. I offer this essay for non-lawyers who would like to understand what is going on.

The case arises from a Mississippi law that bans abortions after 15 weeks’ gestation. The statute conflicts with the two major Supreme Court abortion cases, Roe v. Wade (1973) and Planned Parenthood v. Casey (1992). Both declared abortion to be a constitutional right, at least until the viability of the fetus. Because viability (the ability to survive outside the womb) is later than 15 weeks gestation, a Mississippi abortion provider sued to block the statute.

The Supreme Court agreed to hear the case on a single issue: Whether all pre-viability prohibitions of abortion are unconstitutional. But in his brief and today’s oral argument, Mississippi Solicitor General Scott Stewart raised the stakes.

Stewart directly asked the Supreme Court to overrule Roe and Casey. He asserted that Roe and Casey were wrong, because the so-called right to abortion has no basis in the text, structure, history, or tradition of the Constitution. Indeed, it is the only Constitutional right that allows the purposeful termination of human life. The question of abortion should be left to the people of each state to decide for themselves through their elected representatives.

1) Abortion is a constitutional right based on the 14th Amendment’s protection against depriving a citizen of liberty without due process of law. (This liberty argument contrasts with earlier cases, which based abortion on privacy.) A woman should not be compelled to carry a pregnancy to term against her will, especially when abortion is safer than childbirth.

2) Abortion is necessary to allow women to achieve equality in American society.

3) Roe and Casey are precedents that may not be lightly overruled, even if they were wrongly decided. especially because women have relied upon the availability of abortion in organizing their lives.

Most of a Supreme Court argument consists of each lawyer answering questions posed by the Justices. Here is what I gleaned from the Justices’ questions.

Chief Justice John Roberts. The Chief Justice seemed most interested in the question of fetal viability. He noted that the lawyers who briefed and argued Roe did not discuss viability; this idea was introduced by the Court itself. This means fetal viability might not be a binding doctrine that the Court now needs to follow. He wondered whether  prohibiting abortions after 15 weeks was all that different than prohibiting them after viability. He might be inclined to uphold the Mississippi statute without going so far as to overrule Roe and Casey.

Justice Clarence Thomas. Justice Thomas was interested in the Constitutional basis for the pro-abortion position. He suggested that the state might have a legitimate interest in the health and safety of a fetus before viability, for example, in a case of a mother using cocaine early in her pregnancy. The woman’s right to autonomy cannot be unfettered, even before fetal viability. From prior decisions, I understand Thomas to be ready to overturn Roe and Casey.

Justice Samuel Alito. Justice Alito seems to consider Casey’s viability concept arbitrary. He notes that the woman has the same autonomy interest both before and after viability, and the fetus has the same interest in living both before and after viability. So having the abortion right depend on fetal viability makes no sense, given the competing rights at stake. Sounds like he would scrap the viability test, meaning that he would at least uphold the statute. On the question of stare decisis, Alito suggests that a decision that is egregiously wrong can be overturned on that basis alone.

Justice Stephen Breyer. Justice Breyer pressed the stare decisis question. Stare decisis is a legal doctrine that upholds precedent as the guide for judicial decisions. Stare decisis suggests that precedents like Roe and Casey are not to be overturned without strong reasons. Breyer seems to think that if the Court were to overturn Roe and Casey, the Court would be seen as caving in to political pressure.

Justice Sonia Sotomayor. Justice Sotomayor was the most vocal supporter of the pro-abortion position. She stated that “the right of a woman to choose, to control her own body,” has been upheld in a long series of abortion opinions written by 15 justices of varying political backgrounds. She asked, “Will this institution survive the stench” of a reversal of Roe and Casey simply because the personnel on the Court have changed? Such would be deemed a political act. She contended that opinions about a fetus feeling pain were based on unreliable science, and that abortions before viability are 14 times safer than childbirth. In response to the argument that abortion has no explicit basis in the Constitution, she asserted that neither is the concept of judicial review itself spelled out in the Constitution, yet it is well-established.

Justice Elena Kagan. Justice Kagan defended Roe and Casey. She thinks there has to be a serious reason to overturn them, lest the Court be perceived as simply reacting to politics. She emphasized how those decisions were part of women’s lives now; part of their bodily autonomy and the right to pursue their lives as they wish.

Justice Brett Kavanaugh. Justice Kavanaugh pointed out that the State of Mississippi is not asking for abortion to be declared unconstitutional, only that the question be left to the various state legislatures to decide. Some states might prohibit abortion and others allow it. On the question of stare decisis, he pointed out that many of the Court’s most consequential decisions have overruled earlier precedents.

Justice Amy Coney Barrett. Justice Barrett noted that both Roe and Casey justified abortion in part because of the burden of parenting that would be imposed on the mother absent abortion. She asked counsel whether the availability of “safe haven” laws — laws making it easy for mothers to surrender their children for adoption — might change the analysis by allowing the woman to resume her education, career, etc. She seems to be looking for an argument that many of the factual premises of Roe and Casey either were never true or at least are no longer true, and so those cases can be overturned.

So what will happen? It is always hazardous to speculate about a decision based on questions at oral argument. There are certainly two if not three votes to strike down the Mississippi law and reaffirm Roe and Casey: Sotomayor and Kagan for sure, and probably Breyer.

The other six justices are supposedly conservative, meaning that they should adhere to the text of the Constitution, which says nothing about abortion. Supposedly these six were appointed by pro-life presidents to cast pro-life votes in this kind of case. But many conservative justices have disappointed us in the past.

Theoretically, all six supposedly conservative justices should vote to uphold the Mississippi statute. But doing so is impossible without overturning the fetal viability test established by Casey almost 30 years ago, because the Mississippi law plainly conflicts with Casey.

What new test could the Court apply instead of viability to determine how long into a pregnancy abortion should be allowed? Any new test would be just as arbitrary, and conservative justices should avoid such legislative tasks.

So my guess is the Court majority will vote to uphold the Mississippi law, overrule Roe and Casey, and return this contentious issue to the state legislatures, where it belonged all along. The Court will probably not issue its decision until June 2022, at the end of this term.

Brad Tupi is a retired lawyer who worships at Saint Catherine Laboure Parish in Upper St. Clair, near Pittsburgh.