It’s Time for Roe to Go: A Quick Primer on Today’s SCOTUS Hearing 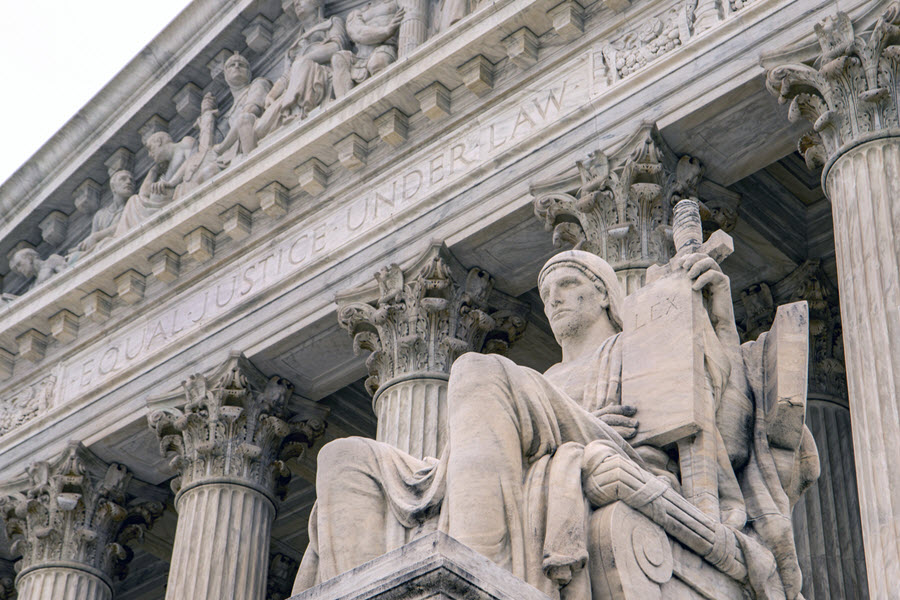 On Wednesday the Supreme Court heard oral arguments in Dobbs v. Jackson Women’s Health Organization, and the nation’s political spectrum is abuzz, hailing this as the case that could finally bring down Roe v. Wade. But amid all the hype, hope, and hysteria, it can be hard to understand exactly what the case is about. Here’s my shot at a primer.

Let’s start before Roe v. Wade. The nation was a patchwork of state laws with varying levels of restriction on abortion. The people of every state were left to work out, through their elected officials, whether, when, and how abortion should be limited.

In the infamous 1973 Roe v. Wade decision, seven men concluded that our Constitution — which says nothing about the subject — gives women a legal right to the procedure. The Court applied a weird “trimester” framework to govern how the state can limit the practice throughout pregnancy.

Almost two decades later, in Planned Parenthood v. Casey, the Court affirmed the basic holding of Roe but adopted a new legal standard. It declared that until the baby is “viable” (able to live outside the womb), the state may not place an “undue burden” on a woman’s ability to obtain an abortion. And that is still the reigning legal test for abortion laws today. At present, babies are considered “viable” at between 22 and 24 weeks.

In 2018, the duly-elected state officials of Mississippi passed HB 1510, the Gestational Age Act. The law restricts “elective” abortions, or abortion-on-demand, after the baby has been growing in the womb for 15 weeks. It makes exceptions for medical emergencies and cases where the baby has a severe abnormality.

Mississippi lawmakers were careful to include plenty of factual basis for the law right in the statute. Here are a few of those facts:

No wonder rational people in a civilized society would want to prohibit such a barbaric thing.

Jackson Women’s Health Organization is the only licensed abortion provider in Mississippi. It sued in federal court to have the Gestational Age Act overturned. It argued that the law violates the Court’s precedents in Roe and Casey.

Because the law gives the state’s Attorney General and Board of Medical Licensure power to enforce it, the abortion center was free to sue them right away, asking the federal court to enjoin, or stop, them from enforcing the law.

(That, by the way, is what made last month’s Texas abortion case, United States v. Texas, so unique. The Texas law gave private citizens power to sue for violations. So enjoining the state wouldn’t help. And if they can’t sue the state, how do abortionists know whom to sue?)

The Mississippi law follows the more conventional protocol. So while it might be less creative, it does put the ultimate question squarely and immediately before the High Court: Whether all pre-viability prohibitions on elective abortions are unconstitutional. The state is urging the Court to renounce Roe and Casey in ruling definitively, “no.”

Time for Casey and Roe to Go

Stare decisis, the legal principle that court decisions must not be overturned lightly, certainly has its place. But sometimes the Court gets things badly wrong. Remember when it upheld racial segregation? In such cases, the Court does way more damage to the nation — and respect for the rule of law — when it lets legal doctrines keep it from just coming clean.

The Constitution does not give women a “right to choose an abortion.” Not in its plain text, and not by implication.

The Washington Post editors, and others, insist that Roe be upheld because “a person should have a right to choose whether to carry a pregnancy to term.” But the courts were never given power to decide which rights a person “should have.” The job of the courts is to adjudicate rights that the Constitution gives.

Unless and until we amend the Constitution to address the issue one way or the other, the matter of abortion must be left to the people and their elected state lawmakers. Let’s pray that this Supreme Court has the courage to say so.