The Life or Death Question You Should Ask Any Leftist 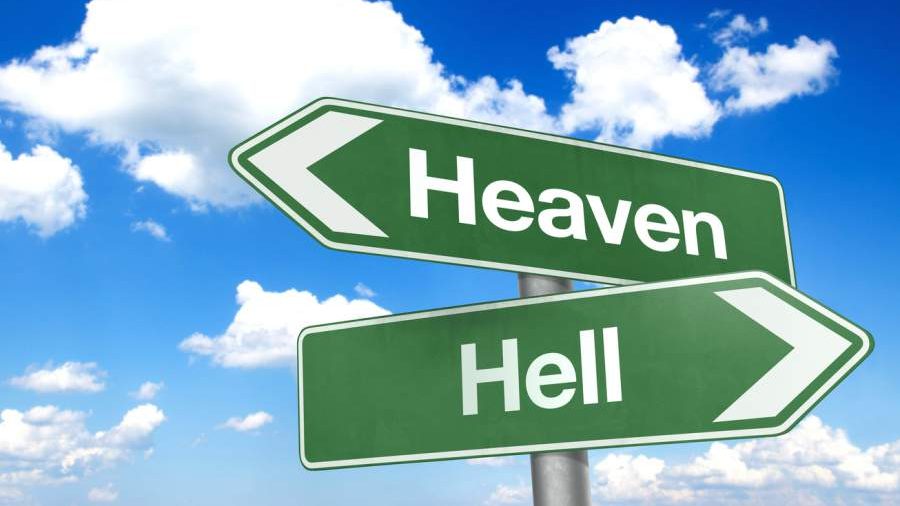 Are there at least some leftists who really care about people dying of the coronavirus? Do our political opponents have enough civic-mindedness or human decency left? I mean, once you strip away all the cynical ways they’re weaponizing this pandemic, as the Nazis did the Reichstag fire. That’s the life-or-death question.

But they won’t answer if you ask bluntly, as I do. You must employ indirection. Otherwise they’ll tell you something that almost sounds right, until you look closely enough to see what they’re really after.

Yes, of course they want to use the lockdown to attack their least favorite industries, such as fossil fuels. And yes, they relish the astonishing government control over our individual lives for which this disease has been a pretext. Churches are closed, abortion clinics are open, and tens of millions of once-working citizens now live from hand to mouth on checks from the feds.

On the down side, millions of women are at home with their own children, some of them even home-schooling them. Millions of them might realize that they like it. That’s a danger, and Harvard’s ready with a solution: a pre-emptive home-schooling ban. Look for reps of teachers’ unions to start swatting timid state legislators over the head with bound copies of “Harvard’s recommendations” in the next legislative session which actually meets.

“O Lord, I thank you that I am not like these Democrats….”

Obviously they want to bash President Trump and blame him. Even if that means exculpating Red China. The same people who screamed “Racism!” when Trump mulled a ban on immigrants from some Muslim countries? They say not a word about the million-plus Muslims in China’s concentration camps. The reporters who blathered for years about “Russian collusion” and “Russian assets”? They won’t mention the Chinese origins of this virus. (That’s xenophobic!) Or the Pearl Harbor attack China launched on the world when it locked down Wuhan from the rest of China, but sent the likely infected streaming like bioweapons on flights to the rest of the world.

Watching how the Left has sabotaged our country, and persecuted innocents from Mark Judge to the Covington boys, from General Flynn to Carter Page, I expect no less.

It Seems You Can’t Be Cynical Enough

I’m not sure it’s possible to be sufficiently cynical about the Democratic party, the mainstream media, or the rest of America’s power-clutching, corrupt ruling class. These people support Planned Parenthood selling baby parts in Styrofoam buckets like KFC wings and legs. Should we put anything past them, unless it requires courage? Like the characters in Dostoevsky’s novel The Possessed, our Gadarene elites seem driven by dark, unwholesome spirits to gallop straight to the dead bottom of their very own slippery slopes.

Such thoughts are depressing. And dangerous. They might help us give ourselves an unjustified pass on our own pet temptations. (“O Lord, I thank you that I am not like these Democrats….”) Or goad us toward despair, extremist solutions, or violent actions. Remember that each of us has his very own personal Screwtape, a case-worker who patiently and dutifully attends to us as well.

So I want to do better. I would like to find people on the left who are actually patriots. Not just on our country’s behalf, but on the behalf of our race (by which I mean the human). In his timeless book Orthodoxy, G.K. Chesterton calls for us to be patriots of existence. To plant the flag of loyalty in the solid ground of human life, because it is good. It’s a good thing that we were born. The universe isn’t some cosmic jail or comic farce. He cannot argue, he says, with those who treat all argument as futile — since for these people, existence, and consciousness, and humanity itself are futile too.

Nor can I argue with people who really don’t care if the vulnerable die of coronavirus, so long as their deaths further some political agenda.

But I don’t want to believe that everyone on the left, backed by half the voters in the country, is really that far gone. I’m not sure I could get through the day, if I really believed that. And I’m not sure it’s totally fair.

So I have come up with a test. A simple fact-based question any one of us can pose in an argument, to see if the person we’re talking to is already beyond the brink. I suggest you have it handy, for the next time you encounter someone from the other side of the aisle. Here’s the one clear way I suggest you find out what people on the left really think about life and death. Are you ready?

“Should the most vulnerable people in America, the elderly, be intentionally exposed to the virus in their nursing homes?”

That’s what Andrew Cuomo is doing in New York (along with the governors of California and New Jersey.) For more, see my appearance on The Eric Metaxas Show:

See, that was short and simple. It cuts through all the nonsense. It divides the sheep from the goats. No one who regards human life as good and death as evil can answer “Yes.” No one who answers “Yes” deserves another second of our precious time on this earth, which God will ask us to answer for. We should smile calmly, take off our shoes, and shake off every particle of dust, then walk away. “It shall be more tolerable on the day of judgment for the land of Sodom and Gomorrah” than for them. (Matt. 10:15)

People who answer “Of course not, that’s insane”? Those are the people with whom we have something in common. Citizens we might work with. Patriots of existence, who are loyal to human life. The fact that they’re right about this is a “cup of cool water” that will be remembered on Judgment Day. Because we agree on this, we can start to talk as fellow men and Americans about the next prudent steps for the president.

I pray that there are more such people on the left than seems to me likely, reading the news.