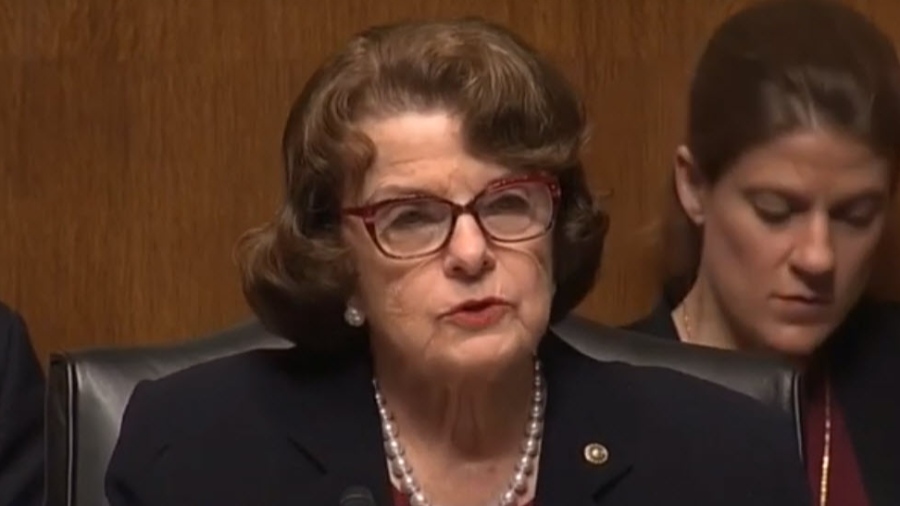 The confirmation hearings for Judge Amy Coney Barrett have cast a stark, surgical light on something disturbing. The Democratic senators’ questions expose why Americans stand profoundly divided on key moral issues. And why we’ll remain divided, and our schism will just keep getting worse, until one side converts the other. Or uses its power to crush it.

Democrats like Kamala Harris and Dianne Feinstein like to warn against judges like Barrett. They might let their religious beliefs affect their view of the law. These secularists pretend that their own value systems are somehow neutral, based on objective facts and “science.” But what if that isn’t true? What if, in fact, the very opposite proved to be the case?

In fact, the secular left bases some of its key stances on wishful thinking, selfish passions, and rank superstition. And the religious right’s faith, ironically, frees it up to reason clearly.

The God of Nature, and Nature’s Laws

First let me explain some distinctions. Our founders believed in natural law. The whole case for our new country made in the Declaration of Independence rests on one claim. Men have “inalienable rights” with which their Creator (not “the Thing”) “endowed” them. Anyone looking clearly and honestly can see “nature’s laws.” They forbid one person or group from tyrannizing another by violating these rights. The slaveowners who signed the Declaration ought to have known that they were planting a time bomb under their own white stucco plantations.

The basic truths of the natural law can be known by reason alone. But our selfish interests, tribal prejudices, or corrupt traditions can obscure the truth, like a dirt-caked mirror.

Likewise, when the Allies prosecuted the Nazis at Nuremburg. We needed natural law again. To jail and hang the architects of the Holocaust, we had to insist that certain laws stand higher than national statutes. For instance, the Nazi race laws. Because according to them, the death camps were perfectly legal, of course. The soldiers and bureaucrats who implemented a genocide knew better. They knew that German laws permitting the murder of Jews, Gypsies, Slavs, and the handicapped were morally null and void. On some level, they knew that killing the innocent is evil, even if the government decrees it.

Rev. Martin Luther King, Jr. called on Americans to defy immoral segregation laws. As he wrote from the Birmingham jail, an unjust law is no law at all. So he wasn’t being lawless (as some had charged) by flouting racist laws. In fact, the authorities were acting lawlessly by enforcing them. They knew that black people are not fundamentally different from white people, deserving of degrading segregation.

Or at least they should have known. Here’s where religion comes in. The basic truths of the natural law can be known by reason alone. But we find it all too easy, given man’s fallen state, to look away from the truth. Our selfish interests, tribal prejudices, or corrupt traditions can obscure reality, like a dirt-caked mirror. Often the only force powerful enough to counteract those distortions is supernatural faith, and the truths it insists on.

That’s not just some pious claim, but the sober verdict of history. When Portuguese and Spanish explorers starting enslaving the native Indians, and buying African slaves, the people who rebuked them were priests, bishops, and popes. They pointed to the basic equality of man taught in the Bible.

The first formal Abolitionist movement on earth was started by a Pennsylvania Quaker, who pointed to scripture. Churches, not scientific societies, led the fight to abolish slavery right up through the Civil War.

Were those who wished to free the slaves “imposing” the “dogmas” of their religion on their helpless, slave-owning neighbors? No, they were harnessing the persuasive power of faith to insist on … the sober verdict of reason, which is that people white and black are of the same human race, with the same human rights.

The Nazis Waved Off Faith-Based Claims, Too

The same is true of those Christians who resisted Hitler. In their time, men like Dietrich Bonhoeffer and Dietrich von Hildebrand followed their faith to reject Nazi “race science.” That got them written off as religious “zealots” and “dogmatists.” German camps like Dachau were stuffed full of priests and ministers who wouldn’t pervert the Gospel to suit the passionate, selfish, pseudo-scientific claims that most universities and newspapers had happily accommodated.

The anti-Nazi Christians weren’t trying to impose some biblical sharia on Europe. (Though that’s what their Nazi persecutors claimed.) These believers’ faith in Christ simply forced them to follow … honest reason, which shows that Jews are not a wicked, parasitical subhuman race. And that one nation has no right to invade and enslave its neighbors. Those are rationally knowable truths, but it often takes the divine grace of Faith to swim them upstream against passions and pressure.

It’s interesting that so many founders of the pro-life movement were Catholics, and that so many who carry it on today are either Catholics or evangelicals. But that’s not because “life begins at conception” is some Christian dogma, like the Incarnation. No, it’s a sober fact of science, which appeared in embryology texts around the world before Roe v. Wade. Religious faith forces us, despite what we might want to think, to accept the verdict of science.

The Church of Sexual Utopia

However, the humanity of unborn children proved a mighty inconvenient fact for people gripped by selfish passions and Utopian aspirations, or an ugly blend of the two. Planned Parenthood founder Margaret Sanger, for instance. She justified her libertine lifestyle (adulterous affairs, polyamory, and other practices frowned on in the 1920s) by dishing up pseudoscience. Of two different sorts, in fact. 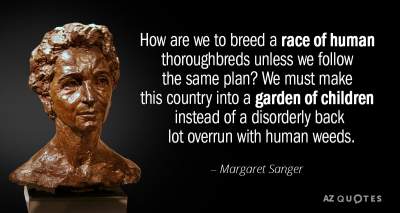 First, she evangelized Mainline Protestant elites on the virtues of legalizing birth control, by inciting in them panic that “lesser” breeds of eugenically “unfit” blacks, Jews, and other immigrants were undermining America. So not only should contraceptives be made readily available, they must be imposed on the poor, via forced sterilization.

[Sanger] believed sexuality to be a dynamic, creative power which, if released from its traditional restraints, would bring about the development of “genius,” thereby allowing the “more fit” to make great leaps up that same slope.

Sanger’s rather strange notion of the creation of “genius” through sexuality was based on a combination of current evolutionary thought, pop psychology and the writings of famed “sexologist” Havelock Ellis. Human beings were formed, socially and psychologically, by internal and external “forces the greatest and most imperative of which are Sex and Hunger,” she claimed. While “Hunger has created ‘the struggle for existence,'” the “dynamic energy” of “the great force of Sex” was the evolutionary force which created genius.

The creation of genius will only come about with the “removal of physiological and psychological inhibitions and constraints which makes possible the release and channeling of the primordial inner energies of man into full and divine expression,” she wrote. “The removal of these inhibitions, so scientists assure us, makes possible more rapid and profound perceptions.”

Sanger longed to create an earthly paradise, one in which the free expression of sexuality would replace the need for religion by creating a new religion. “Through sex,” she wrote, “mankind may attain the great spiritual illumination which will transform the world, which will light up the only path to an earthly paradise. So must we necessarily and inevitably conceive of sex-expression.”

No longer would humanity foolishly yearn for a world to come, for “in that dawn men and women will have come to the realization, already suggested, that there close at hand is our paradise, our everlasting abode, our Heaven and our eternity.”

(For much more of this madness, see Wiker’s chapter on Sanger in Ten Books That Screwed Up the World.)

Does that sound like “science” to you? Or the fruit of sober reason, reflecting on man as a mammal that reproduces sexually?

This is the unspoken creed that biased judges like Ruth Bader Ginsburg, and still goads senators like Kamala Harris and Dianne Feinstein. Their fervent, devout attachment to abortion right up through birth, for any reason, at taxpayer expense isn’t grounded in reason. Or science. Or even real “equality” for women. Ginsburg repeated Simone de Beauvoir’s claim, borrowed from the Marquis de Sade, that women could only be truly equal if they, like men, could freely evade the consequences of sex. Hence abortion. But that’s not equality, just a deadly sameness.

The pro-choice position is built on a weird Gnostic fantasy that we can remake the human species into a kind of minor god. But that god’s powers come from polymorphous, uninhibited sexual experimentation. And that’s only possible if we sacrifice pre-born children. Threaten the “free access to women’s reproductive healthcare,” and you’re suppressing their religion, as they see it. The offbeat but logically consistent “Temple of Satan” now argues that abortion is its religious rite, protected by the First Amendment.

The dogma lives loudly in Democrats.