The Devil’s Triangle and My Curious Brush With Hollywood Royalty 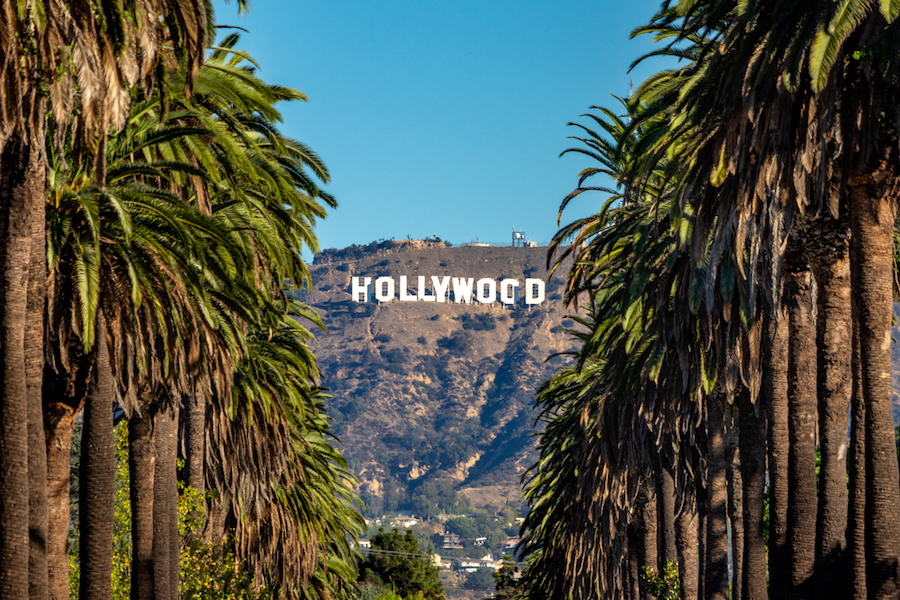 The text came out of nowhere. It was an A-list Hollywood producer and director. A guy who had worked with Tom Cruise.

“I just got your book,” he wrote, referring to my recently published The Devil’s Triangle: Mark Judge vs the New American Stasi. “I’d like you to come to New York, all expenses paid, so we can meet and talk about a project.”

The Devil’s Triangle tells the story of the extortion, witness tampering and corrupt Stasi media that were active during the Brett Kavanaugh Supreme Court nomination. I was dragged into that battle when a woman named Christine Blasey Ford accused Brett of sexual assault as teenagers in the 1980s and claimed that I was in the room when the attack took place. The media went insane, using opposition research, extortion threats and an attempted honey trap. Our Stasi media charged that I’d presided over 10 gang rapes and bought and sold cocaine. They used as sources people I’ve never met. It was the most high drama America had seen in decades.

The Devil’s Triangle would make a terrific movie, and indeed there has been interest. Yet the guy texting me was a different level. This was Top Gun level.

Then something weird happened. Mr. Hollywood asked me to sign an NDA, or non-disclosure agreement. I know these things are common in Hollywood.

Still, I felt some of the suspicion that guided me through the Kavanaugh nightmare start to rise. A non-disclosure agreement? Also, what was this “project” we would be talking about? Usually if someone is interested in buying the rights to your work they will just come right out and say so. This guy was being cagey.

My agent agreed. He is a tough New Yorker who has decades worth of experience, including midwifing several film projects from book to screen. I told him what was going on as soon as Mr. Hollywood had contacted me — it’s dumb to not have your agent involved. It’s what they get paid for.

My agent wrote a friendly introductory email to Mr. Hollywood, via Mr. Hollywood’s assistant. The assistant had been sending me emails about the logistics of coming to New York to talk about “the project.” My agent said he represented me, that he had represented many successful authors who had books adapted to the screen, and he was excited that they were interested in me.

Mr. Hollywood’s assistant responded — but directly to me, ignoring my agent. So when could I come to New York?

This was a huge red flag, as well as inexcusable business practice. In the book writing and moviemaking businesses, you simply do not ignore someone’s agent. It’s just not done. It’s like ignoring someone’s lawyer.

I wrote Mr. Hollywood back and told him I would not be coming to New York. I was uneasy about how vague he was being. He said he had just gotten my book — so did he want the film rights to it, or not?

I don’t like to speculate on these things, because you can usually lead yourself to a wrong answer. Still, soon after this bizarre interaction I had breakfast with a conservative activist and filmmaker. This guy is a successful producer and director who has been a leader in the pro-life movement for decades. He has been giving me advice on what happens when Hollywood is interested in your work.

“Now, you being asked to sign a non-disclosure agreement is not weird,” he said. “That’s common practice. But the vagueness of what they wanted to talk about is a little strange.”

Then he started to laugh. “There is a theory that would explain what happened. Suppose this guy who contacted you has been working on a project where you and Brett Kavanaugh are the bad guys. They’ve poured millions of dollars into pre-production, a script, writers. They’ve been at it for months. Then out of nowhere comes your book The Devil’s Triangle. They never saw it coming. Suddenly there is a huge monkey wrench thrown into the engine. Suddenly the other side is presented, with a long list of damning facts. His project making you guys the enemy of everything good and holy is now in chaos.”

He started to laugh harder and harder. “That’s actually pretty funny, if that’s what happened.”

I have no idea if that’s what happened. I do know, however, that I was put off by the way Mr. Hollywood approached this. If you’re interested in the rights to my work, say so. Don’t ask me to sign an NDA then blindly take a train up to New York and walk into God knows what. The entire thing was just too reminiscent of the sneaky way opposition researchers and other political operatives work.

So if Mr. Hollywood or anyone else interested is reading this, it’s very simple. The Devil’s Triangle is a great story that would make a brilliant film — if done right. It’s The Lives of Others meets Risky Business. In fact Tom Cruise, who is not a fan of the media and produced the great film Shattered Glass, would be an ideal producer. You would do something truly countercultural and would attract an audience from the millions of Christian and conservative Americans you’ve been ignoring for decades.

And when your people contact my people, don’t disrespect my people by ignoring them.

Flawless Heroes Make for Lame Stories, Except in the New Testament