The war in Afghanistan is over, but thousands of U.S. troops are still in harm's way in the Middle East and around the world. 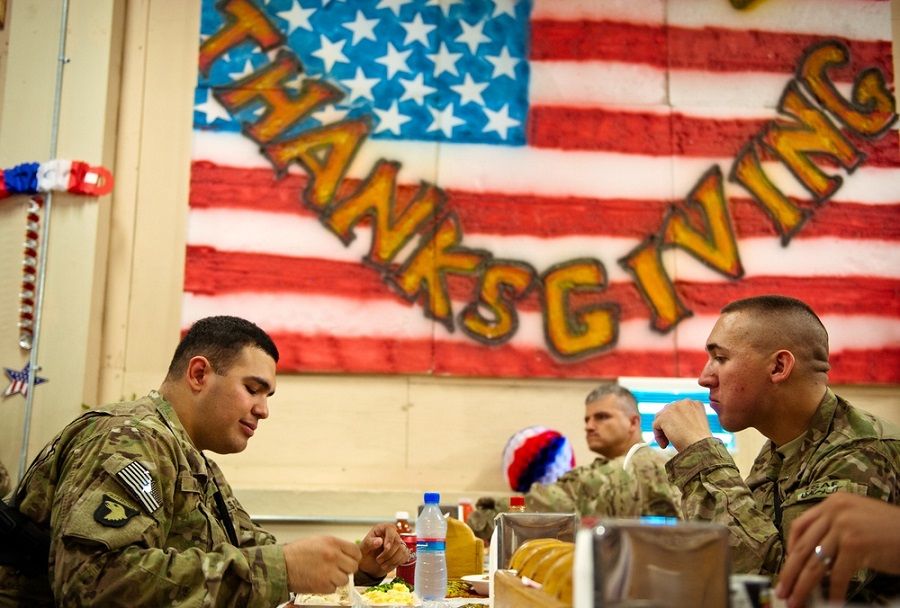 There are no American troops in Afghanistan on Thanksgiving.

That hasn’t been true since 2000, when Bill Clinton was president and Facebook, Twitter, Instagram and the iPhone were still years away from being invented. For two decades, hundreds of thousands of brave U.S. service members spent Thanksgiving and other holidays serving and sacrificing in the country where 9/11 was planned.

Despite a chaotic and poorly planned withdrawal, the war in Afghanistan finally being over is a good thing. Make no mistake, however: thousands of American troops are still at war as we celebrate Thanksgiving with our families in relative peace.

About 2,500 U.S. service members are currently stationed in Iraq. Approximately 900 are still in Syria. There are an unknown number of American forces in harm’s way on other post-9/11 battlefields as well. Just because most politicians and many inside the media don’t want to talk about the war on terrorism much these days doesn’t mean it’s not still happening.

During the nearly 20-year Afghanistan conflict, more than 2,400 Americans didn’t make it home alive from America’s longest war. More than 4,500 U.S. military heroes made the ultimate sacrifice in Iraq, Syria and other conflicts. We grieve for the Gold Star families with empty chairs at their Thanksgiving dinner tables.

We also pray for the tens of thousands of veterans who suffered wounds – visible and invisible – during the past two decades. All of us must especially do our part to help end the devastating suicide crisis afflicting this community of heroes.

Giving Thanks for Those Who Serve

While asking God to comfort all who suffered and are still living with war’s painful consequences, we should also give gratitude to all who served and rejoice for the military families that have finally been reunited for this Thanksgiving holiday. This week in Minnesota, for instance, family members and citizens came together to celebrate and salute 65 Army National Guard soldiers who made it home safely from Afghanistan and Iraq.

Our local communities do so much to support our National Guard units. Today, 65 Soldiers from Charlie Battery, 1st Battalion, 194th Field Artillery Regiment celebrated their return to Minnesota with their Alexandria community after serving 9 months in Afghanistan & Iraq. pic.twitter.com/q6NhAquWiD

“It was an honor to be able to serve and be over there and be a part of history and be able to serve our country,” said U.S. Army National Guard Lt. William Hermanson, as quoted by the Alexandria Echo Press. “We want to thank our families too because they served as much as we did.”

Indeed, millions of military families have stepped forward to serve over the past 20 years and beyond. As Americans, it is our duty to always remind them how thankful we are for their daily sacrifices, from selflessly helping others to spending so much precious time apart from their parents, siblings, spouses and children. We can never thank our military community enough for all they are willing to put on the line to keep our country safe.

Pray for Those Deployed

While it is impossible to predict where American troops might be stationed next Thanksgiving or the one after that, let us pause before our own family dinners to pray for those deployed, their families, our nation’s veterans and especially Gold Star families who have lost loved ones in war. Without them, there is no Thanksgiving.