Multiple media outlets are reporting that a 13th American service member has died as a result of today's suicide bombing in Afghanistan. 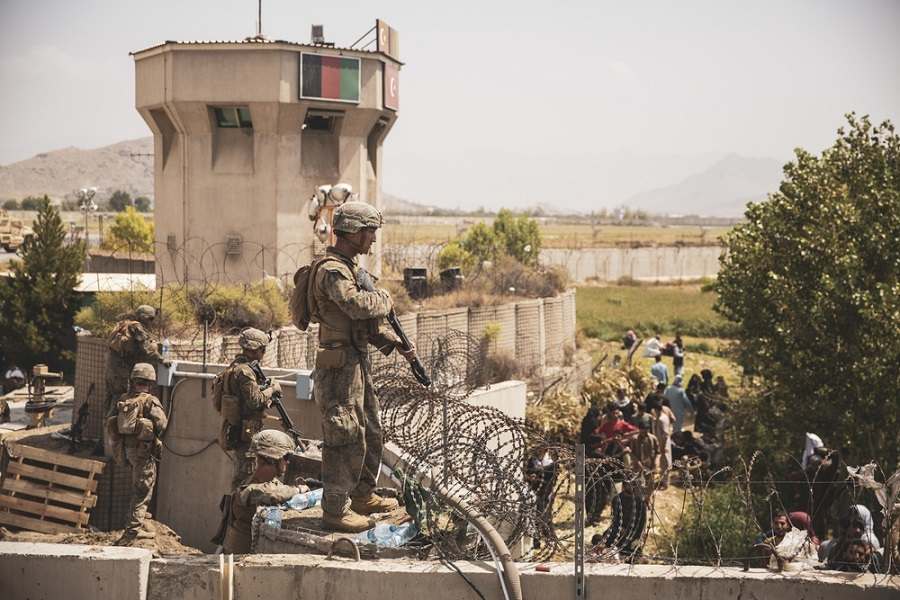 More than a dozen American troops were killed during one of two explosions outside Hamid Karzai International Airport on Thursday in Kabul, Afghanistan.

Pentagon spokesman John Kirby initially confirmed that a “number of US service members were killed in today’s complex attack at Kabul airport.”

Statement on this morning's attack at #HKIA: pic.twitter.com/Qb1DIAJQJU

In a shocking and heartbreaking Thursday afternoon update, the Associated Press reported that 12 American service members – eleven US Marines and one US Navy corpsman – were killed. While confirming the report, the Pentagon added that 15 US troops were wounded.

Two U.S, officials say at least 12 U.S. service members were killed in the Afghanistan bombings, including 11 Marines and one Navy medic. Officials say a number of U.S. troops were wounded. https://t.co/YLR6byV0Cq

Thursday evening, ABC News and other news outlets began reporting that a 13th American service member had died as a result of the suicide bombing. The fallen hero’s branch of service was not immediately known.

BREAKING: U.S. official confirms that a 13th U.S. service member has died as a result of injuries received in the attack at the Kabul airport. https://t.co/TyvuWnQwRU

A large number of Afghan civilians are also dead and injured in the suicide attack outside the airport’s Abbey Gate, where thousands had been gathering at a checkpoint for several days while trying to flee the war-torn country. A second explosion occurred outside the Baron Hotel, according to Fox News, which is also reporting that a “firefight” occurred in the wake of the bombings.

Citing “congressional sources,” Fox News is also reporting that “the multiple explosions in Kabul could be a coordinated attack as part of an ongoing event and more may be to come.”

The ISIS-K terrorist group has claimed responsibility for the cowardly and despicable attacks. A source also told Fox News “hundreds of ISIS-K” remain in the vicinity.” The Taliban condemned the attack, claiming it occurred in an area where the U.S. was responsible for security, which is not entirely true.

The last US casualties in Afghanistan before today were in February of 2020, as The Stream reported at the time. Today’s tragedy marks the deadliest day for American forces since August 6, 2011, when 31 US service members were killed in Afghanistan.

As updates on this chaotic and tragic situation keep coming in, please pray for the thousands of brave American troops still stationed in Kabul and the innocent Afghan civilians being targeted by terrorists.

As Afghanistan combat veteran Beau Wise text messaged to me this morning, “I’m scared it’s going to get worse” before the American withdrawal is complete. Upon later learning that multiple Marines and a Navy Corpsman had been killed, he wrote back to say “my heart is broken for the families.”

Indeed, please hold America’s newest Gold Star families in your hearts and ask God to give them comfort. Please also pray for those wounded in today’s terrorist attacks in Kabul.

Our selfless military community continues to make unimaginable sacrifices. To them, we owe everything.