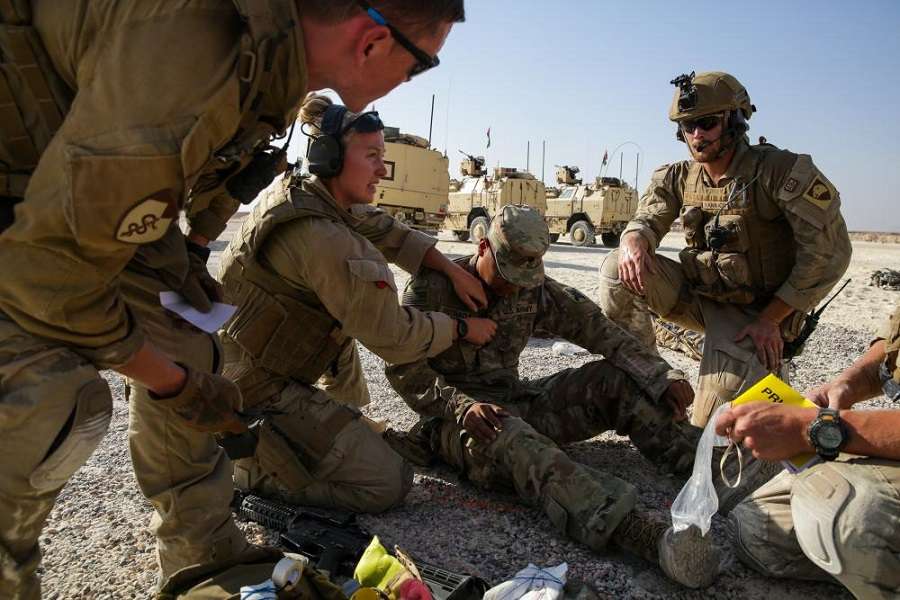 The U.S. military is still at war, whether or not the President of the United States wants to admit it.

For more than a decade, I have criticized politicians in both parties for downplaying or even ignoring the daily efforts of U.S. troops and military families. President Joe Biden is not exempt from scrutiny after making this puzzling claim during his Tuesday speech to the United Nations.

“For the first time in 20 years, the United States is not at war,” President Biden said and later tweeted. “We’ve turned the page.”

For the first time in 20 years, the United States is not at war. We’ve turned the page.

All the unmatched strength, energy, commitment, will, and resources of our nation are now fully and squarely focused on what’s ahead of us, not what was behind. pic.twitter.com/4n3HlIiUlY

Respectfully, Mr. President, the approximately 3,400 military families with loved ones currently serving in Iraq and Syria have not “turned the page.” They are facing danger in some of the world’s most perilous places against a brutal enemy – ISIS – that embodies evil. Earlier this week, The New York Times extensively reported on the burdens still being shouldered by military families dealing with deployments to the Middle East.

Business Insider notes that thousands of U.S. military personnel are also stationed in Jordan, Saudi Arabia and Lebanon, along with “an undisclosed number of counter-terrorism forces in the Lake Chad Basin, the Sahel region, and East Africa.”

To ignore these sacrifices is to dishonor the brave men and women making them. President Biden and his administration should salute our troops and military families by speaking accurately and candidly about the full scope of America’s ongoing war against terrorism.

Approximately 900 U.S. military troops are still risking their lives in Syria, for instance. This week, two ISIS terrorists were captured in the dangerous northeastern region of the war-torn country, according to the Pentagon. “Weapons, equipment and documents” were also seized.

In Iraq, the U.S. military held a transfer of authority ceremony earlier this week in Erbil, which has been the site of dozens of rocket and drone attacks by Iranian-backed enemy forces so far this year. Soldiers with the U.S. Army’s Task Force Raider formally took over security operations from Task Force Tiger.

“In addition to base-operating support and protection operations, the brigade will provide continued assistance in the mission to eliminate Islamic State forces in the area,” Leila Barghouty noted while reporting on the transfer for the Military Times.

“Task Force Tiger, we feel ready because of how you’ve invested in us so we truly appreciate that,” said U.S. Army Col. Andrew Steadman, as quoted by the Military Times.

Indeed, the valiant men and women of the U.S. military are investing in all of us by continuing to fight a war on terrorism with little fanfare. All of us should take notice, including the commander-in-chief.

More memorial events were held this week for the 13 American heroes killed last month in Afghanistan. The solemn ceremonies included a Tuesday funeral procession for U.S. Marine Lance Cpl. Dylan Merola, during which hundreds of mourners and American flags lined the streets of Southern California.

“The 20-year-old from Rancho Cucamonga died Aug. 26 in the attack at a Kabul airport that also claimed the lives of other local Marines, including Lance Cpl. Kareem Nikoui and Cpl. Hunter Lopez,” KABC-TV in Los Angeles noted.

America’s newest Gold Star families are grieving during Gold Star Families Remembrance Week. Events to honor the fallen and their loved ones will be held throughout the weekend in communities across the country.

Please join The Stream in praying for all American families who have lost loved ones during military conflicts. They represent the very best our country has to offer.

A submarine crew full of U.S. Navy sailors is back home in Connecticut after spending the last four months at sea aboard the USS Montpelier. 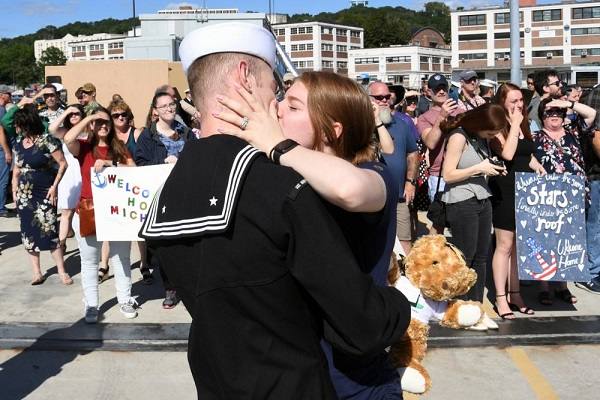 A sailor on the U.S. Navy submarine USS Montpelier embraces his loved one during a homecoming event at Naval Submarine Base New London in Groton, Connecticut, on September 19, 2021.

Welcome home, heroes! Thank you for defending our freedom and security.