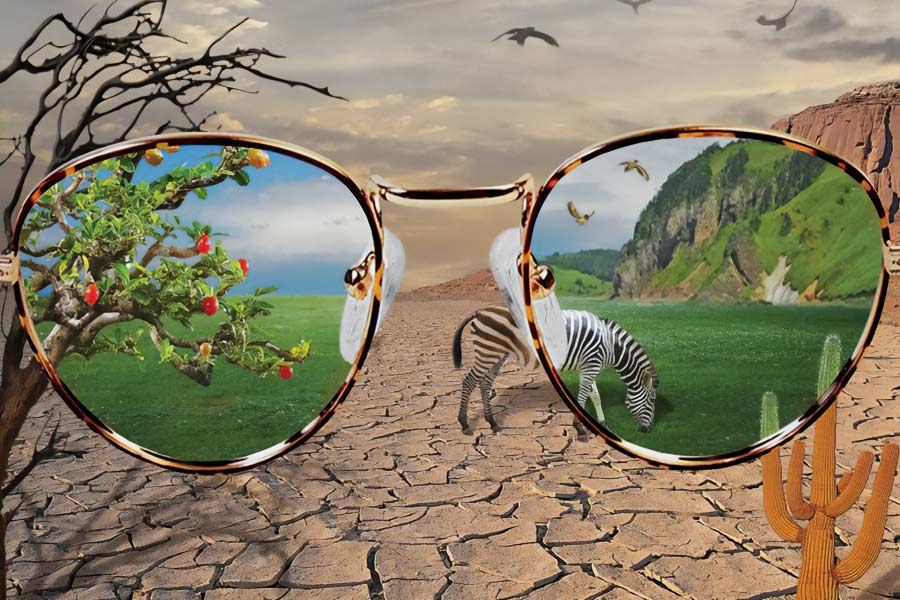 If you think the world is going crazy, you’re right.

But the craziness extends beyond men pretending to be women (and vice versa), governments pushing vaccines that don’t work, or criminals receiving free reign in American cities. Consider the following:

So what exactly is going on? Paul the Apostle provides the answer.

Something Wicked This Way Comes

“The coming of the lawless one by the activity of Satan will be with all power and with pretended signs and wonders, and with all wicked deception for those who are to perish, because they refused to love the truth and so be saved,” Paul wrote. “Therefore, God sends upon them a strong delusion, to make them believe what is false, so that all may be condemned who did not believe the truth but had pleasure in unrighteousness.” (2 Thessalonians 2: 9-12)

While the Antichrist’s arrival is in the future, can anyone doubt that the seeds of “strong delusion” are being planted now?

While the Antichrist’s arrival is in the future, can anyone doubt that the seeds of “strong delusion” are being planted now? And if they are, could that mean we’re rapidly approaching the end of what Jesus called “the times of the Gentiles“?

If you doubt that, then ask yourself this: Do any of the personalities, government bodies, corporations, universities and assorted institutions that promote our current insanity have any regard for any views outside their own, let alone for divine truth?

Yet in many ways, our age is no different than the middle of the first century, when Greco-Roman culture dominated Europe. Early in his letter to Roman Christians, after praising their sustained faith, Paul condemned that culture in no uncertain terms. Paul’s condemnation mentioned a kind of harbinger of the “strong delusion” to come centuries later:

The wrath of God is being revealed from heaven against all the godlessness and wickedness of people … since what may be known about God is plain to them, because God has made it plain to them … although they knew God, they neither glorified him as God nor gave thanks to him, but their thinking became futile and their foolish hearts were darkened. Although they claimed to be wise, they became fools. (Romans 1: 18-22, emphasis added)

Paul then denounced the prevailing idolatry and sexual immorality before describing the consequences for rejecting truth.

God gave them over to a depraved mind, so that they do what ought not to be done. They have become filled with every kind of wickedness, evil, greed and depravity. They are full of envy, murder, strife, deceit and malice. They are gossips, slanderers, God-haters, insolent, arrogant and boastful; they invent ways of doing evil; they disobey their parents; they have no understanding, no fidelity, no love, no mercy … they not only continue to do these very things but also approve of those who practice them. (Romans 1: 28-32, emphasis added)

Consider that passage in light of the mainstream media’s “deceit” and “malice.” The “murder” and “strife” that Antifa and Black Lives Matter encourage. The “gossips” and “slanderers” on social media who show “no love, no mercy.” The doctors and drug companies who manipulate science for the sake of “greed.” The “insolent, arrogant and boastful” ideologues who call themselves “progressives” and demand a kind of “social justice” that divides and destroys.

How Then Shall We Live?

In 2016, Bolz-Weber’s church in Denver organized an Epiphany party for children with a drag queen as a host. Her male successor as pastor, Rev. Reagan Humber, is married to another drag queen who performs under the name “Fruit Bomb” and includes fake abortions in his act.

In 2018, Bolz-Weber left her position as pastor of the House for All Saints and Sinners to pursue more writing and speaking opportunities. She spoke Feb. 22 at Point Loma Nazarene University in San Diego as part of a writers’ symposium.

“I am actually a very orthodox Lutheran theologian,” she told PBS with no sense of irony.

Such a breathtaking statement brings to mind Revelation 17. That chapter depicts a prostitute arrayed in splendor riding a beast that eventually will kill her. Most commentators view the passage as a picture of a compromised church that relies on the secular world for financial support and prestige. That world will tolerate the compromised church temporarily, but the “beast” will “strip her naked, eat her flesh and burn her with fire.” (Revelation 17:16)

In one of his articles about Brinton, The American Conservative’s Rod Dreher decried what he called “the suicidal decadence of the post-Christian West,” before issuing the kind of binary challenge Paul probably would appreciate: