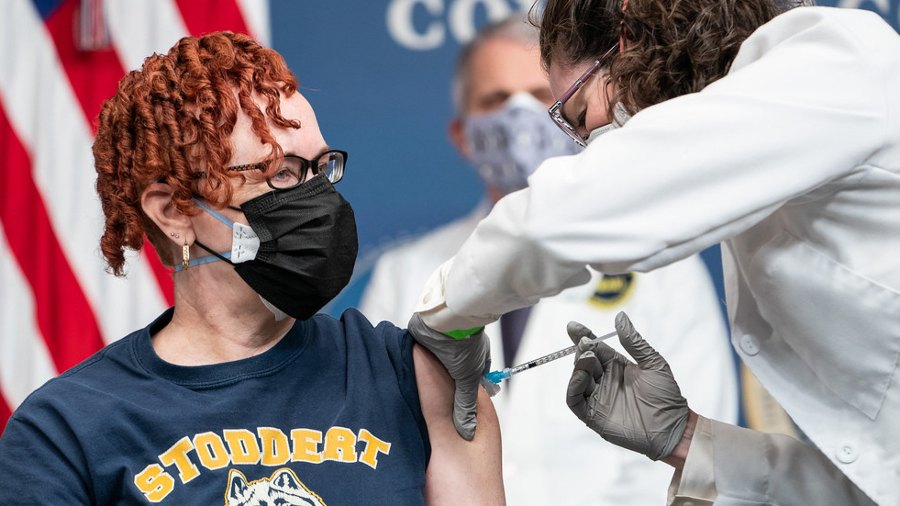 My fellow Stream writer Joseph D’Hippolito did a great job in his column on how the push to mandate the abortion-tainted COVID vaccine looks like a dry run for the Apocalypse. What else should we think when:

So those of us who decline to raid Johanna’s corpse, what are we — hateful? We know what happens to hatemongers, of course. They get silenced, cancelled, ruined.

It all seems a little too … on the nose, like a bad Christian end-times film from the 90s. Or frankly, a Jack Chick tract.

Mass Delirium and the Hunting of Scapegoats

We are at the very least seeing a global mass delirium on a scale unknown since the Black Death killed one third of Europe. That set off a frenzied obsession with death and judgment. People paraded half-naked through the streets, whipping themselves for their sins. This time they’re flogging their neighbors.

Remember when the top half of America threw a collective tantrum over the election of Donald Trump, and promised to be “the Resistance”? You’d have thought that Trump had ridden a Panzer down Pennsylvania Avenue, instead of just — you know, winning an election fair and square.

The same people who claimed to sniff out totalitarian DNA in Trump’s occasional bluster Tweets are now hip-deep in tyranny like blood-drenched characters in The Shining. But they don’t even notice. They’re grinning like happy idiots and playing with rubber duckies. They’re throwing away their freedoms with both hands, like beads from a Mardi Gras float.

The China Virus Hijacked Our DNA and Made Us Slaves

Worldwide, the virus that the Chinese government engineered in its bioweapons labs, and then intentionally spread around the world, has done something much, much worse than kill a bunch of people. Death is part of life, after all. As I wrote rebuking Ann Coulter for saying that all adults should be vaccinated: “I won’t whore out my conscience to help other people avoid an ordinary side-effect (mortality) of living in a Fallen world.”

No, we’ve met a fate worse than death. We face extended slavery, self-imposed and eagerly chosen. The virus of Chinese Communist tyranny has hijacked our DNA and turned millions of Westerners into pod-people. How else to explain New Zealand? That English-speaking nation, heir as we are to the Magna Carta, is now locking down entirely because of … one case of COVID. Not a death. Just a case. That country’s prime minister’s ordering her subjects not to even talk to their neighbors. Because they might … spread disease. That’s not a snippet from an Orwell novel, just the daily news nowadays.

Australia, another once-free Anglosphere nation, has announced that it will vaccinate 24,000 children in a sport stadium without parental supervision.* I bet a lot of Australians wish they hadn’t let the state confiscate all their guns back in 1996. Too late now, folks. Tigers don’t get their teeth back.

Does anybody remember Woodstock? It happened during an historic influenza epidemic that killed far more Americans that year than have died of COVID. Whatever you think of the hippies and druggies who went there, at least they weren’t sniveling under their beds, paralyzed with terror.

The Chinese virus seems to have transformed the human race. It morphed us from vertebrates to invertebrates, dissolving our spines into jelly and training us to crawl along on our bellies. Please, please let us … eat in restaurants and go to dance clubs, and mill around in shopping malls again. We’ll accept literally any moral compromise in return. You want us to jump? Just tell us how high.

There’s something profoundly evil going on, and church after church folds before it like a cheap tent in a tempest. Christian after Christian bends the knee and worships Caesar, to preserve his little life. Not from COVID — the numbers don’t lie, and they tell us that most of us would get through a bout with COVID and recover. No, we want to preserve our little lives from opprobrium, inconvenience or embarrassment. We’re selling our souls not to save our skins, but to cling to trinkets.

The Wicked Act Boldly and Cowards Drift Along

There’s no good natural explanation for this madness. So I reluctantly turn to the preternatural. To principalities and powers. I’ve hesitated to write about this because it’s so intrinsically horrifying. But I think now it’s time to listen to Archbishop Carlo Maria Vigano. What he said about the Vaccine is shocking. It sounds over-the-top, almost insane. But then, who would have believed someone in 1928 who warned of the Holocaust?

Wicked things happen, because of a few evil people and billions of cowards who don’t resist them. And we’re witnessing such an evil right here, right now, in our time. God put us here to resist it, not to hide in our closets. Let me unpack the prophetic archbishop’s warning in clear, ecumenical language.

A Sacrifice of the Firstborn to Satan

As Lifesitenews reported: “Archbishop Carlo Maria Viganò, in a foreword to a book on the problem of the coronavirus vaccine, decries the satanic nature of this vaccine using tissue of aborted babies in its production and testing.” I’ll offer and comment on just a few short samples of what the prelate said. (Steel yourself and go read the whole thing here.)

The barbarism in which our society finds itself is now evident: its values have been gradually erased as hateful vestiges of an extinct world, to the advantage of the delusions of globalist ideology, which shows itself to be ever more anti-human, anti-religious, and antichristic. The most antithetical principle of this infernal barbarism with respect to Christian civilization is infanticide, the human sacrifice of innocent victims offered to Satan ….

Does that sound excessive to you? What did it mean when sex fiend Andrew Cuomo lit up the Empire State Building pink to celebrate … legalizing infanticide in New York State? Maybe it meant the same thing as when he refused to send COVID patients to the empty Samaritan’s Purse hospital — and instead dumped them on nursing homes, killing tens of thousands of vulnerable veterans and grandmas. Then he locked down the whole state in the name of preventing the virus he’d done his best to spread to those most likely to die from it. Then he claimed that the COVID crisis gave him “emergency powers” to confiscate … guns.

[W]e cannot be surprised if abortion is proposed by the Satanists as a true and proper religious rite, to which protection must be given in the name of freedom of worship … .

Oh yeah, that happened. The Temple of Satan, which claims to be a puckish group of atheists, has filed legal briefs demanding abortion rights be protected as part of its “religious” rites. Given how our Supreme Court has been ruling, they might well prevail.

[T]he most innocent and defenseless creature, the baby in the womb in the third month of gestation, is sacrificed and dismembered in order to extract tissue from his still palpitating body … .

Yes, that too has happened. Not just to Johanna in 1972, when she was aborted and her liver stolen and cloned, then used to make the Vaccine. It’s happening now, with NIH funding, at the University of Pittsburgh. Let’s continue.

Archbishop Vigano reminds us that the pagan cults condemned by the Prophets, which carried on in Carthage, demanded not just any human sacrifice. They required the firstborn child. And what do you think a high percentage of abortions claim? A woman’s first pregnancy.

But who are the mothers who, denying their very nature, agree to kill their own child? The majority of them are women in their first pregnancy, unaware of the horror they are about to commit and the remorse that will accompany them forever. Here are the first-born to be consecrated to Satan.