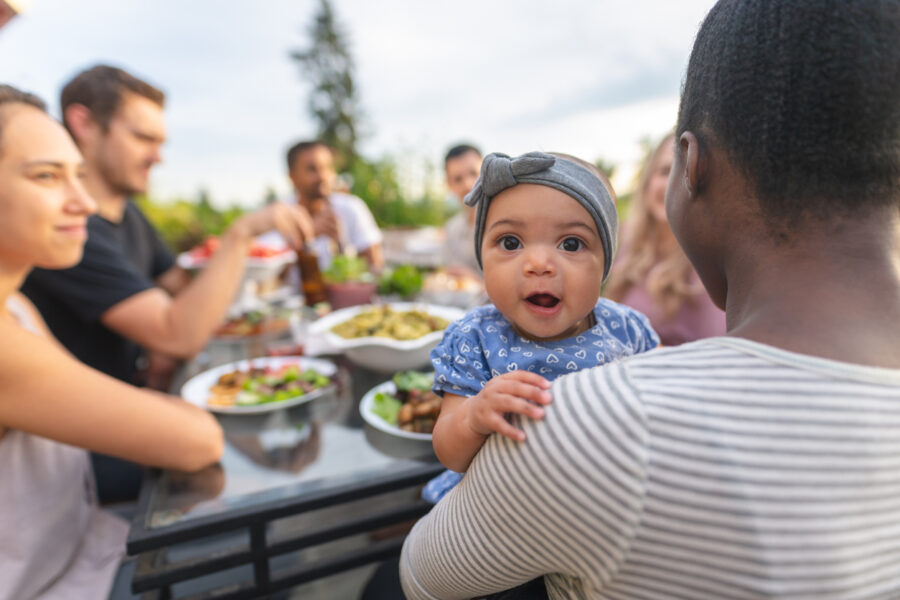 Today we conclude a two-part series called “Marriage is Good — Let’s Keep It That Way.” In Part One, Tom Gilson explained what is specifically good about marriage. In Part Two, Tom shares the need to rebuild to culture of marriage for the sake of strong communities.

But What Harm is the Gay Couple Down the Street Doing to Your Marriage?

During the run-up to the Obergefell decision, activists frequently asked, “So, you don’t want gay marriage? Fine. Don’t marry someone your own sex! But let us get married, too. You live your life, we’ll live ours, and don’t worry, our marriage couldn’t possibly hurt yours.”

And maybe they’re right, up to a point. I have a question for them in return, though: “What help do same-sex marriages give us? What sort of encouragement? What level of societal support?” My question would specifically be about help for marriages with children. In fact, I could ask exactly the same question of men and women in just-you’n’me, babe, no-kids-intended marriages.

That support matters; in fact, a whole community of support matters. Marriage can be difficult, and raising children is guaranteed to be harder yet. We don’t need people saying, “You live your life, we’ll live ours, and we won’t hurt you.” Marriages need people saying to couples, “What you’re doing is good and it’s important, and we support you in it.” Better yet, people saying, “We’ve walked this road ahead of you. It wasn’t always easy, but it was worth it! And here’s something we learned that might help you along the way.”

Sending a Wrong Message, and Not Sending the Right One

I grew up in a neighborhood where families gave each other that kind of support. Neighborhoods like that are hard to find now. No-kids-intended marriage may not be the majority — I don’t have those numbers — but if we include cohabiting couples, it probably is. So instead of strongly supportive neighborhoods, we have active examples on every block where couples say in effect, “You don’t need children, you just need each other. And if that doesn’t work, you can still take the easy way out. Get a separation. Get a divorce.”

That message has saturated our culture. We’re soaking in it. And even where the message isn’t sent so directly and so negatively, we’re still lacking any strong, consistent, positive support that couples often need in order to make it through the hard times.

You can still find strong support for marriage in many churches. I strongly suspect that’s one big reason the divorce rate is so much lower among churchgoers.

The result? Marriages grow weak that could have stayed strong. Couples divorce that could have made it through the hard times together. Virtually every couple is harmed by this blase attitude toward marriage. And our next generations, our children, have suffered by the tens of millions. You know it’s true: Divorce is really hard on kids. It’s hard on children even when their parents stay together, but lose touch with the priority of marriage and family.

For the sake of couples, and especially for children, a society needs a strong marriage culture, one that supports and encourages couples in getting married, staying married, and raising great kids to live in great communities.

When no-kids-intended marriage proliferates, it dilutes that in three ways:

First, these couples aren’t having kids, so they’re not making that contribution to society’s future themselves.

Third, when their next-door neighbor, or their cousin, or their co-worker on the job needs real help with parenting or with holding a family together, couples in these relationships have little or nothing to offer. Many more struggling parents are left much more alone in their struggles.

It’s not like that everywhere, thankfully. You can still find strong support for marriage in many churches. I strongly suspect that’s one big reason the divorce rate is so much lower among churchgoers.

Where Does Same-Sex Marriage Fit In All This?

Yet someone is still wondering, “Is this just a hammer you’ve manufacture to beat up on gay marriage?” No, this is about no-kids-intended marriage. It’s about the massive change in marriage culture, where what was once absolutely normal has now become alien to us. It’s about the harm these changes have done to children, to schools, and to society as a whole.

We can’t let same-sex marriage off the hook, though. It’s the ultimate no-kids-intended relationship. (To repeat: I’ll come back to the adoption question soon.) It ignores the damage these trends have done to millions and millions of people, and stamps them with a strong legal and social seal of approval instead.

When governments around the world gave their approval to same-sex marriage, they didn’t do it grudgingly or reluctantly. They did it with rainbows everywhere, including lights shining on the White House. They called it a great moral advance, the most important freedom the world had could celebrate.

By so doing, they threw history under the bus. Everyone knows that. Not everyone realizes they also trashed our future. Our children’s future.

I know this will raise questions and objections. I’ll deal with the most common ones in columns coming soon. After studying them at length, I remain convinced still that real marriage is good and should be celebrated, partly because it’s good for people: good for children, good for their parents, and good for communities and societies. Same-sex marriage and no-kids intended marriage can’t match that goodness. It can only undermine it.

I will still say that this, in short, is why God intended marriage to be what it is: Marriage is good, marriage is hard, marriage needs a strong community of support. For the sake of our children and our future, let’s keep marriage good.