Service & Sacrifice: ‘The Threat is Growing’ 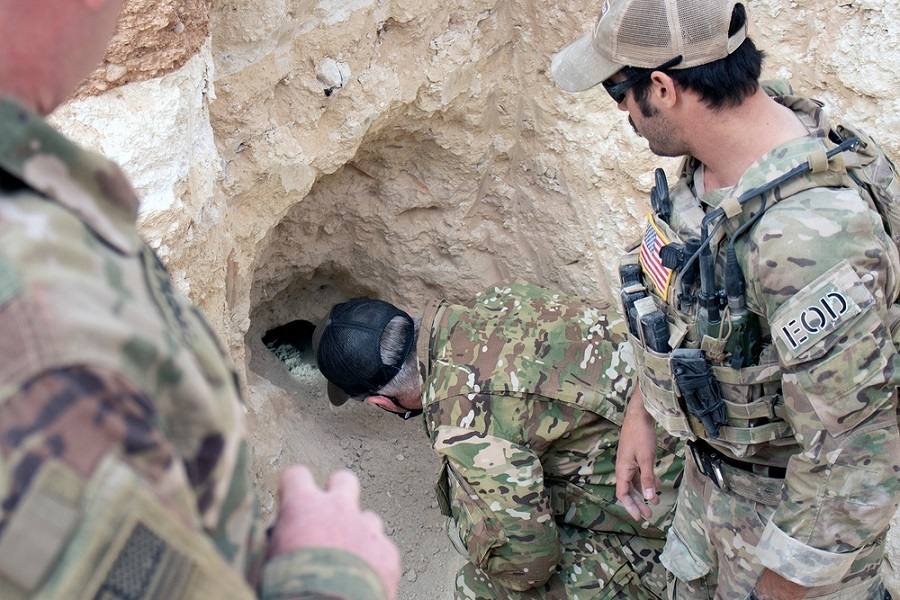 U.S. troops prepare to safely detonate an unexploded ordnance following a previous rocket attack at Al Asad Air Base in Iraq on March 3, 2021.

It has been a scary start to 2022 for U.S. military forces serving in Syria and Iraq.

A series of rocket and drone attacks targeting American troops in both countries were carried out this week by suspected Iranian-backed forces, according to The Washington Post. There have thankfully been no deaths or injuries reported in the strikes, which started on Monday in Iraq. “Minor damage” was reported by the U.S. military to at least one base in Syria, however.

It is almost certainly no coincidence that the attacks started on the second anniversary of the U.S. military assassination of Iranian Quds Force commander Qasem Soleimani. Iranian President Ebrahim Raisi reportedly called for the arrest and execution of former President Donald Trump this week for ordering the military strike that took out Iran’s top terrorist leader.

This week’s barrage of attacks, which mirror other suspected Iranian-backed strikes against the U.S. military over the past two years, continued on Wednesday in both Iraq and Syria. They included indirect fire, rockets and drones “rigged with explosives,” according to The Washington Post.

“The threat is growing,” Pentagon Press Secretary John Kirby said this week, as quoted by the newspaper.

American and coalition troops fought back after the attack in Syria.

“Coalition forces, acting on credible and actionable intelligence, responded swiftly and fired six rounds of artillery towards the point of origin of the attack just outside Mayadin, Syria,” a press release by the U.S.-led coalition said. “The Iran-supported malign actors fired on the Coalition and (Syrian Democratic Forces) from within civilian infrastructure with no regard for civilian safety.”

Please pray for the approximately 2,500 U.S. troops still serving in Iraq and 900 in Syria. Lord, we ask You to shield these courageous American patriots from danger and comfort their concerned families here at home.

Last year’s end of the war in Afghanistan doesn’t mean the mission is complete for U.S. service members still caring for Afghan refugees at military bases around the country.

On Friday of last week, Fort Bliss in Texas became the third U.S. military base to complete operations, according to Homeland Security Today. Because of the efforts of compassionate American troops and countless local and national organizations, 52,000 Afghan refugees who escaped the Taliban have been successfully resettled into local communities.

“The big goal for the Marines is the safety and security of every single one of our guests,” U.S. Marine Corps Maj. Kurt Hoenig told WTVR-TV in December about the “small city” the U.S. military built for Afghan refugees at Fort Pickett.

Today was a day I will never forget. The work of the marines at Fort Pickett to prepare these evacuees for life in the U.S. is inspiring. Watch my story for a look at what a day is like on base. https://t.co/fyP0hvyOJY

“We had one objective to set up a free Afghanistan and if I couldn’t do that at least I could help those that we were able to evacuate into success in America,” Maj. Hoenig also told the TV station.

About 22,500 Afghan refugees remain on the aforementioned five U.S. military bases. Thank you to the U.S. military and charity organizations, including religious groups, for helping these Afghans build better lives in the greatest country on earth.

A group of Nebraska Army National Guard soldiers returned to the Cornhusker State just before Christmas after spending nearly a year deployed to Jordan. 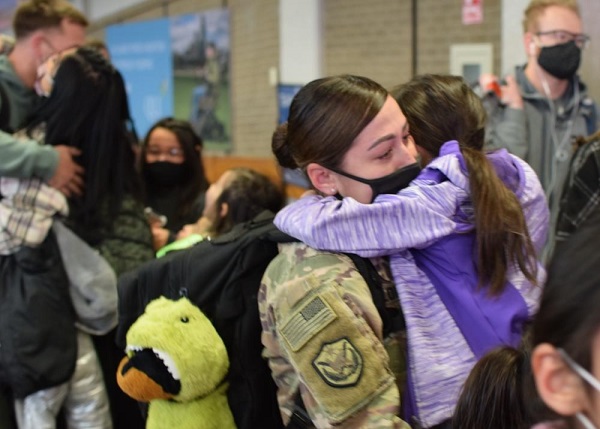 A Nebraska Army National Guard soldier returning from an 11-month deployment to the Middle East is greeted with a hug at Eppley Airfield in Omaha, Nebraska on December 23, 2021.

Welcome home, brave military warriors! We hope you enjoyed a Merry Christmas with your families.