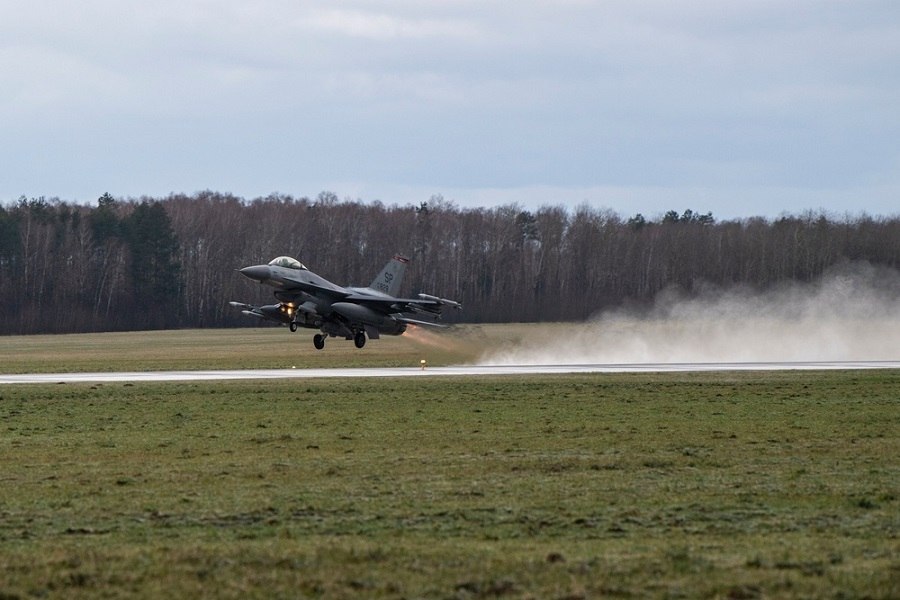 More U.S. military forces could be headed to Romania and Poland if Russia invades Ukraine.

At a White House press conference held on Wednesday, President Joe Biden said that additional American service members would head to those European nations “because we have a sacred obligation with Article 5 to defend those countries because they’re part of NATO.” Defense One has a good breakdown of the president’s remarks and the impact a Russian invasion of Ukraine could have on U.S. troops and military families.

There are currently about 4,500 U.S. military personnel in Poland, according to the State Department, with another 1,000 in Romania. President Biden did not specify how many more troops could potentially deploy in the event of Russia launching a new war. The president has been heavily criticized, as The Stream‘s Al Perrotta noted in the Morning Brew, for saying Russia could face less severe consequences if there is only a “minor incursion” into Ukraine.

This Associated Press article outlines more potential military options if there is indeed an invasion. It quotes political scientist Seth Jones and former CIA officer Philip Wasielewski about what the president should do to help Ukraine.

“‘The United States and NATO should be prepared to offer long-term support to Ukraine’s resistance no matter what form it ends up taking,’ they wrote. This aid could be delivered overtly with the help of U.S. troops, including special operations forces, or it could be a CIA-led covert action authorized by President Biden, they added.”

Please pray for a diplomatic solution to this international crisis.

Speaking of Poland, a fallen U.S. Army soldier named Staff Sgt. Michael Ollis has become a household name in that NATO partner country. That’s because in 2013, Staff Sgt. Ollis’ final act of courage was saving the life of a Polish soldier during a ferocious firefight in Ghazni, Afghanistan. The Stream first introduced you to this selfless warrior almost seven years ago.

Last week in Bydgoszcz, Poland, a special mass was held to honor the life and legacy of this American and Polish hero. Beautiful images from the holy ceremony are embedded below.

We join the Polish people in pledging to always remember U.S. Army Staff Sgt. Michael Ollis. Please pray for his parents, Bob and Linda, and his two sisters, Kimberly and Kelly.

About 3,400 American military forces are still serving in Syria and Iraq, which have been the site of numerous rocket and drone attacks in the past year. There was another close call when three rockets were fired at the U.S. Embassy in Baghdad late last week. Iranian-backed terrorist groups are believed to be behind the ongoing attacks.

Meanwhile, valiant U.S. troops are continuing their mission to fight ISIS in both countries. While the U.S. military’s combat mission in Iraq is technically over, service members continue to help Iraqi military forces with training and supplies.

Our #AdviseAssistEnable mission in Iraq is to making a good force better! Recently, we transferred ~ 250 pallets of propellant & artillery ammunition to the #ISF to increase its durability, survivability, & lethality & reaffirm our shared resolve to deal Daesh a lasting defeat pic.twitter.com/GmdbjeUNiH

Please continue to pray for all American troops still in harm’s way in Iraq, Syria and other dangerous places around the world.

Two U.S. Marines were killed and 17 more were injured when a military vehicle crashed and rolled over on Wednesday near Camp Lejeune in North Carolina.

The fallen Marines were identified on Friday, according to the Marine Corps Times, as Lance Cpl. Jonathan Gierke, 19, of Lawrenceville, Georgia, and Pfc. Zachary Riffle, 18, of Kingwood, West Virginia.

Two of the injured Marines were still in critical condition as of Wednesday night. All of the dead and injured were active duty military service members, according to the U.S. Marine Corps.

ABC News reports that the 19-year-old Marine who was driving the vehicle “has been charged with exceeding a safe speed and two counts of misdemeanor death by motor vehicle, according to the highway patrol.”

Please pray for all the brave Marines killed and injured in this terrible and tragic accident, as well as their families, friends and fellow Marines.

A group of U.S. National Guard airmen returned home to North Dakota this week after spending half of the past year serving in Africa. 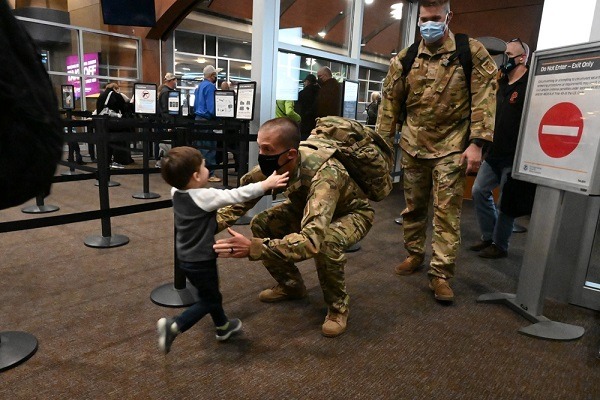 A U.S. Air National Guard airman squats down to embrace his son as he returns to Hector International Airport in Fargo, North Dakota., upon his completion of a six-month deployment to Africa on January 16, 2022.