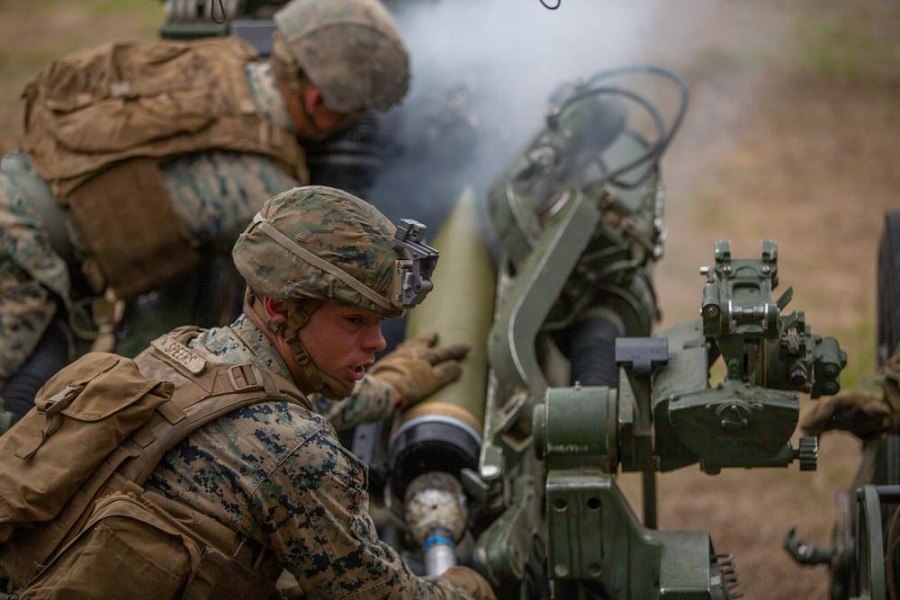 U.S. Marines load a 155mm artillery shell into an M777 Howitzer during a training exercise held at Fort Bragg in North Carolina on March 30, 2022.

As Russia continues its brutal assault against the people of Ukraine, brave U.S. troops are training alongside NATO allies throughout much of Europe. As The Stream has been reporting, more than 100,000 American military service members are currently stationed across the continent.

A massive military training exercise involving “13,000 multinational participants” just wrapped up in 13 different European countries. According to the U.S. Army, “this large scale two-month exercise showcased different events including a tactical road march through the Czech Republic, Latvia, Lithuania, Poland and Slovakia; multiple live-fire and force-on-force exercises; rail operations from Germany to Lithuania; as well as establishment of air, ground and sea lines of communication through Denmark and Sweden.”

American military forces are also directly training with troops from another country: Ukraine. According to Military.com, U.S. service members will soon be coaching Ukrainian troops on the battlefield use of howitzers and radar systems.

“The planned training is a major development in the U.S. involvement in the bloody Russian war on Ukraine and will put its military once again in direct contact with Ukrainian forces after U.S. troops left the country in the weeks ahead of Russia’s invasion,” Military.com’s Travis Tritten reports.

As has been the case every single day in the more than two decades since the 9/11 attacks, our nation’s volunteer warriors are moving toward the danger, not away from it. Please pray for these American heroes and their families as we join together in thanking them for their sacrifices.

Last week was an eventful one for the thousands of U.S. military service members still serving in the Middle East. Four U.S. troops were injured during a rocket attack in Syria, while U.S. air defense systems in Iraq shot down an enemy drone attempting  an attack on Al Asad Air Base, which houses American forces.

For more than two years, the western Iraqi base has been repeatedly targeted by Iranian-backed terrorist groups, as The Stream has frequently reported. While no U.S. military personnel were said to be injured in the latest attack, the threat to our valiant troops deployed to Syria and Iraq is very real. Please also pray for these selfless service members as they battle terrorists affiliated with both ISIS and Iran.

The troops are being evaluated for minor injuries and traumatic brain injury. https://t.co/bOqK0k33GK

Let us also say a special prayer for the four U.S. service members injured in Syria last week. May God heal each of these warriors and comfort their loved ones during the recovery process.

A group of U.S. Navy sailors returned home to their families this week after several months at sea serving aboard the USS Forrest Sherman, a guided-missile destroyer. 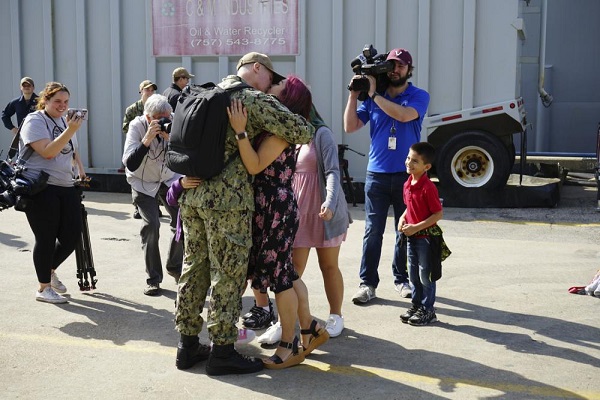 A U.S. Navy sailor assigned to the USS Forrest Sherman embraces his family following the ship’s return to its homeport of Naval Station Norfolk in Virginia on April 13, 2022.

Welcome home, warriors, and thank you for defending our freedom. Happy Easter!