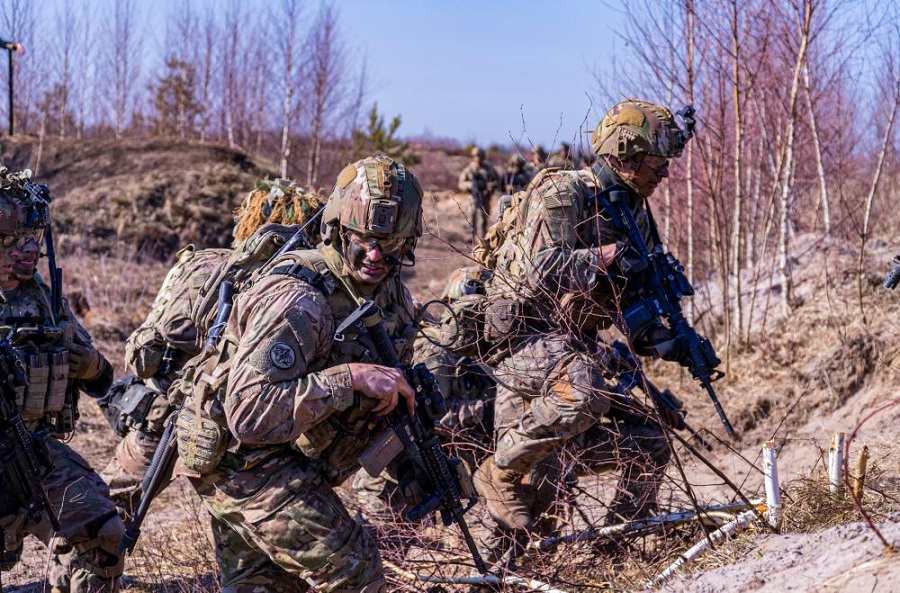 As Russia’s invasion of Ukraine enters its second month, approximately 100,000 brave American troops are now deployed throughout Europe. A group of U.S. Army paratroopers training this week in Latvia is pictured above.

This helpful Axios map shows where our nation’s valiant men and women in uniform are currently stationed. There are about 38,500 U.S. troops in Germany, 11,500 in Italy, 10,500 in Poland, 2,300 in Romania, 1,500 in Slovakia and 1,600 in the aforementioned Latvia. Axios notes that President Biden is scheduled to meet with American troops in Poland on Friday.

It is important to remember that the above numbers aren’t simply statistics. Each deployed soldier, sailor, airman and Marine is a volunteer warrior with concerned family and friends waiting here at home. Even if – by the grace of God – a U.S. service member never sees combat in Ukraine, Russia or elsewhere, they are still separated from their loved ones during one of the most tense timeframes in recent world history.

WTVD-TV’s Tim Pulliam recently spoke to a group of military spouses at Fort Bragg in North Carolina about how Russia’s invasion of Ukraine has impacted their lives. Paige Powell’s husband was recently sent to Poland after completing a previous deployment to Afghanistan. As Pulliam’s excellent story explains, the last three years have not been easy for this military couple.

“I have faith though. I try to stay positive,” Powell told WTVD. “I was not in a good place when he was deployed before. But I’m in a better place now.”

Please say a prayer for the Powells and 99,999 military families like them. We ask God to return these American heroes to their loved ones after a swift end to the vicious violence that’s been unleashed on Ukraine.

As Russia uses many of the same brutal tactics employed during the Syria conflict during its invasion of Ukraine, hundreds of U.S. troops are still stationed in the Middle Eastern country. A touching series of photos released by coalition forces show U.S. troops reaching out to civilians, including children, during this week’s patrols in northeastern Syria.

Together, we stand firm in our commitment to ensuring the lasting defeat of Daesh.

There are about 900 American troops in Syria and another 2,500 in neighboring Iraq. The commanding general of U.S. Central Command, Marine Corps Gen. Frank McKenzie, recently told the Military Times that American forces will likely stay in Iraq for years to come.

“As we look into the future, any force level adjustment in Iraq is going to be made as a result of consultations with the government of Iraq,” Gen. McKenzie said. “And we just finished a strategic dialogue a few months ago ― we believe that will continue.”

Please pray for all U.S. troops serving in Iraq, Syria and other dangerous places around the world.

A group of U.S. Marine Corps pilots and crewmembers is back home after a six-month deployment to the Indo-Pacific region. 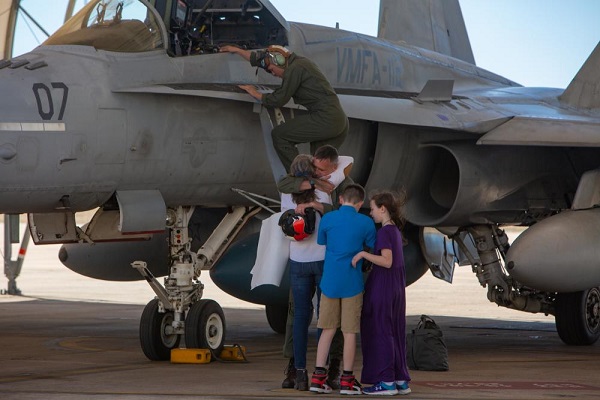 A U.S. Marine Corps pilot embraces his family at Naval Air Station Joint Reserve Base in Fort Worth, Texas, on March 18, 2022.