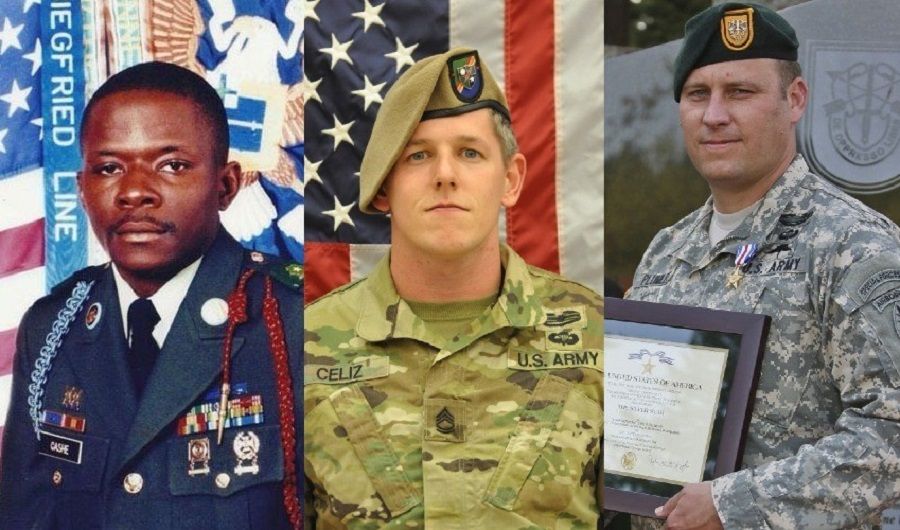 Last week, The Stream told you that three American heroes had been chosen to receive the nation’s highest military award. On Thursday, all three U.S. Army soldiers and their families were honored during an emotional Medal of Honor ceremony at the White House.

“Our hearts are overflowing with gratitude today as we honor the unparalleled courage and commitment to duty and the indispensable, indisputable gallantry,” President Joe Biden said during the Medal of Honor ceremony. “It’s just hard to explain where your soldiers got the courage they got.”

The story of Sgt. 1st Class Cashe was already the stuff of legends in military circles. His Medal of Honor is clearly long overdue, but nevertheless historic. Cashe is now officially the first African-American service member to receive the Medal of Honor as a result of America’s post-9/11 conflicts.

“Again and again, he continues to go back, soaked in fuel [and] on fire, with no regard for his own safety to get everybody out,” said Maj. Jimmy Hathaway, as quoted by the U.S. Army.

U.S. Army Ranger Sgt. 1st Class Christopher Celiz was on his fifth combat deployment when a hail of gunfire struck his unit in Afghanistan’s Paktia Province. Once he realized a fellow soldier was wounded, Celiz decided to risk everything to protect his injured teammate and others.

“As the unit’s leader, Celiz decided to use his body to shield his team as they carried the wounded member to a medical evacuation helicopter,” Joseph Lacdan and Devon Suits’ U.S. Army article said.

Celiz, who was subsequently killed by enemy gunfire, is survived by his wife, Katie, and their daughter.

U.S. Army Green Beret Master Sgt. Earl Plumlee is Thursday’s lone living Medal of Honor recipient. He received the nation’s highest military award for heroism displayed during an Afghanistan battle that The Stream recounted back in 2015 when I spoke to the parents of Staff Sgt. Michael Ollis, who was killed on August 28, 2013.

Ollis and Plumlee both originally received the Silver Star, which angered many of their fellow soldiers. Ollis recently had his posthumous award upgraded to the Distinguished Service Cross, while Plumlee is now a Medal of Honor recipient. Still, Staff Sgt. Plumlee said the award belongs to his entire team.

“It’s just my nature,” Plumlee said in the same U.S. Army article. “I’m not used to being singled out for anything positive or negative. Generally the team you’re involved in gets those kinds of accolades. I’m still fairly uncomfortable with it.”

Congratulations to all three of these American heroes, their families and fellow soldiers for finally receiving this richly deserved Medal of Honor recognition.

A bipartisan effort to establish a Global War on Terrorism Memorial in Washington took a major step forward this week. According to Military.com, Congress officially authorized space for the new National Mall landmark.

“The GWOT Memorial will be a lasting tribute to the courage and sacrifice of all who have served – especially those who have made the ultimate sacrifice – in the nation’s longest ongoing conflict to protect our country, while inspiring all Americans to stand united behind those who continue to serve,” the Global War on Terrorism Memorial Foundation said in a statement.

Republican Senator Joni Ernst and Democratic Senator Maggie Hassan have been leading the effort on Capitol Hill to build the GWOT Memorial.

We're one step closer to building a Global War on Terrorism Memorial on the National Mall! My bipartisan bill with @SenJoniErnst to help make this happen was included in this year's defense package — I look forward to @POTUS swiftly signing it into law.

It’s refreshing to see Republicans and Democrats working together for a change. I look forward to visiting the GWOT Memorial in our nation’s capital and I’m sure millions of Americans will join me in expressing gratitude for this entire post-9/11 generation of brave service members, veterans, fallen heroes and military families.

The National Guard turned 385 years old earlier this week. Sure enough, hundreds of selfless National Guard soldiers and airmen have been hard at work helping victims of the devastating tornadoes that ripped through Kentucky, Illinois and other states last weekend. They are being joined by soldiers from the Army Corps of Engineers.

“I grabbed my trauma kit and my flashlight, and also I grabbed an ax from the trunk of my car and we just went,” said Kentucky National Guard Spc. Zach Neisz. “We helped the first responders pull people out of the debris off Keigan and Pine Street. It was something out of a Michael Bay film; it was crazy. You could just hear moans and groans through all the debris on both sides of the street. We just searched houses and searched for people.”

While thanking selfless service members like Spc. Neisz for stepping forward to assist those in need, let us also pray for the victims of these tornadoes. The Stream holds these good people in our hearts as we ask God to comfort the victims and give them the strength to rebuild their communities in honor of all those lost.

More than 100 soldiers with the West Virginia National Guard are home for the holidays after spending the last ten months deployed to the Middle East. 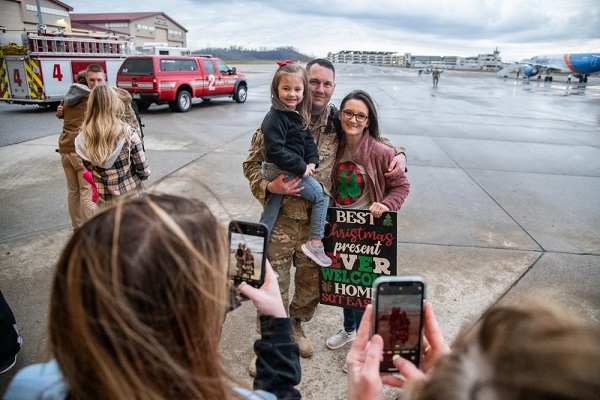 As seen on the military family member’s sign, this homecoming was indeed the “best Christmas present ever.” Welcome home, heroes!