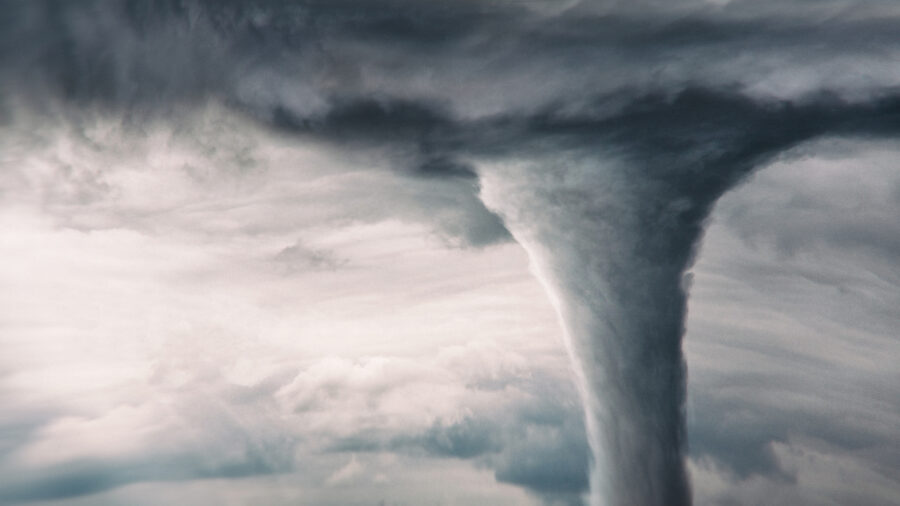 Heartbreak this morning as a swarm of vicious tornadoes overnight brought widespread dead and destruction throughout the Heartland. At least 30 twisters touched down, including a tornado that scored a direct hit on Mayfield, Kentucky.

More than 50 people, perhaps as many as 100, have died in Kentucky, including workers trapped after a twister destroyed a candle factory in town of Mayfield.

Gov. Andy Beshear has declared a state of emergency and requested the White House issue an immediate federal emergency declaration.

This has been one of the toughest nights in Kentucky’s history, with multiple counties impacted and a significant loss of life. I have declared a state of emergency and submitted a request to @POTUS for an immediate federal emergency declaration. https://t.co/KmMOl95t1N
1/2 pic.twitter.com/Xj5DgTZp1Z

Kyana Parsons-Perez, a factory employee, told NBC’s TODAY she was trapped under five feet of debris for at least two hours until rescuers managed to free her. It was “absolutely the most terrifying” event she’d ever experienced. “I did not think I was going to make it at all.”

In the horror, humanity. Parsons-Perez says rescuers at the factory included prisoners from the nearby Graves County Jail. “They could have used that moment to try to run away or anything, but they did not. They were there, helping us.”

At least two workers were killed, with dozens more trapped after a storm collapsed an Amazon fulfillment center in Edwardsville, Illinois, outside St. Louis. Fox News reports a wall the length of a football field, and the warehouse’s roof have collapsed. Local emergency workers declared the collapse a “mass casualty event.” Fox 2’s Amelia Mugavervo reports that between 50 and 100 employees were thought to be in the building when it collapsed.

Video of the tornado that hit the Amazon facility near Edwardsville, IL tonight… from Danielle Henke pic.twitter.com/5CNbJ03VzI

This is all that's left of an Amazon warehouse in Illinois after a tornado struck the building, in what's being described as a 'mass casualty event' by officials.

Several tornadoes struck a number of US states overnight, with reports of more than 50 people killed. pic.twitter.com/AG2RDadwb3

A tornado struck the Monette Manor Nursing Home in Monette, Arkansas around 8:30 last night, collapsing the roof. Aerial footage this morning reveals the catastrophic destruction. One person is confirmed dead, and the remaining residents are accounted for. Looking at the damage, it’s amazing the toll wasn’t much higher.

Franklin Graham announced this morning his Samaritan’s Purse teams are already on the move to impacted areas.

.@SamaritansPurse assessor teams are on their way to Mayfield, KY, Monette, AR, and Edwardsville, IL. Pray for those affected by these deadly storms—especially those who have lost loved ones. https://t.co/RRYuEf41h7

Please join The Stream in praying for the residents of the impacted areas, the first responders working even at the hour to rescue those still trapped, and the families of those we lost overnight.