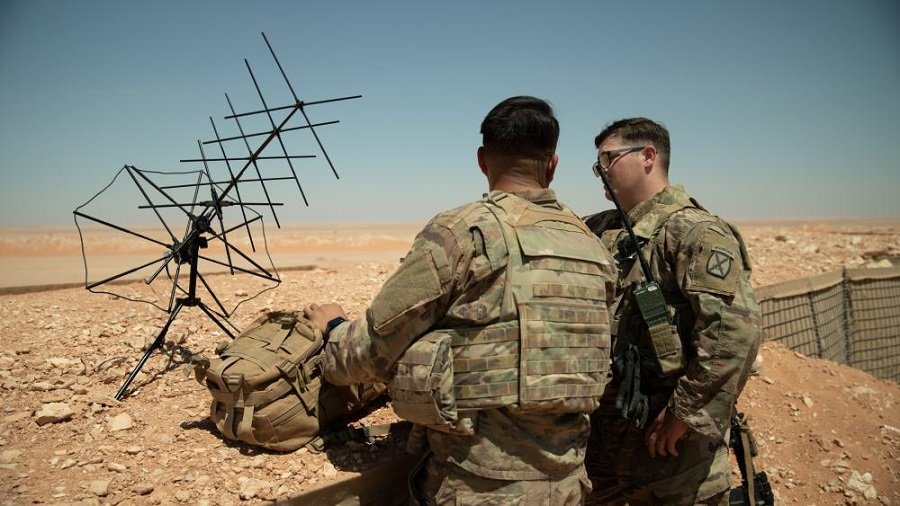 U.S. Army soldiers set up a portable antenna during a mortar operational rehearsal at al-Tanf garrison in Syria on August 3, 2022.

Thousands of brave American military personnel stationed in the Middle East could soon be dealing with yet another crisis in the region.

The Wall Street Journal reports that the U.S. military is on high alert after Saudi Arabia shared intelligence indicating that Iran is actively planning to attack multiple countries. Saudi Arabia and Iraq are reportedly the Iranian regime’s top two targets.

“We are concerned about the threat picture, and we remain in constant contact through military and intelligence channels with the Saudis,” a National Security Council spokesperson told The Wall Street Journal. “We will not hesitate to act in the defense of our interests and partners in the region.”

As The Stream has been reporting for many months, the approximately 2,500 U.S. service members still serving in Iraq have been forced to deal with frequent rocket and drone attacks. Many are believed to have been carried out by proxy terrorist groups with close ties to the Iranian military.

A secretive US special-operations base in Syria is taking fire from a shadowy Middle East war via @rachelnostrant for @BusinessInsider https://t.co/ykyAba9Sjh

In neighboring Syria, where about 900 American troops are fighting the remnants of ISIS, a remote U.S. military special operations base is increasingly caught in the crossfire of a “shadowy Middle East war” according to a new report by Business Insider.

The article pinpoints al-Tanf garrison in the Syrian desert, where between 100-200 American troops are serving alongside coalition forces. Al-Tanf “has for years been a hub for operations against ISIS as well as Iran and its proxies,” Rachel Nostrant reported. As The Stream has also been reporting, American military personnel serving there have been hit with multiple attacks, including several this past summer.

“In recent months, however, al-Tanf has become a focal point in a shadowy conflict between the region’s key players: Israel, the U.S., Russia, and Iran,” Nostrant wrote.

Please pray for the brave men and women of our military as they continue to risk their lives in some of the world’s most perilous places.

The regime in Pyongyang fired 23 missiles on Wednesday, according to Reuters, before launching more on Thursday, including a failed Intercontinental Ballistic Missile (ICBM). One missile landed off the coast of South Korea and another prompted warnings in Japan that were later cancelled. There are about 50,000 U.S. military personnel serving in Japan, with just under 25,000 in South Korea.

The joint American-South Korean military drills that have angered North Korea dictator Kim Jong-un are among the largest ever to take place between the two countries. The below U.S. military video shows the impressive firepower that has been on display in Asia throughout the week.

Reuters reports that instead of calling off the training exercises like North Korea is demanding, the U.S. and South Korea have decided to extend them even further. Please say a prayer for the thousands of American troops stationed in South Korea, Japan and across the region.

U.S. Navy sailors serving aboard the fast attack submarine USS North Dakota recently returned to their base in Connecticut after an overseas deployment. 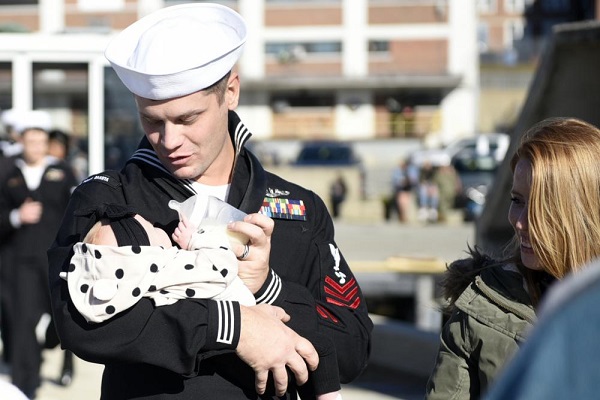 A U.S. Navy sailor assigned to the USS North Dakota is greeted by his wife and newborn daughter during a homecoming event at Naval Submarine Base New London in Groton, Connecticut on October 27, 2022.

Welcome home, heroes! Thank you for preserving our freedom.