‘Reporting the Controversy’ — How the Corrupt Media Creates Fake News 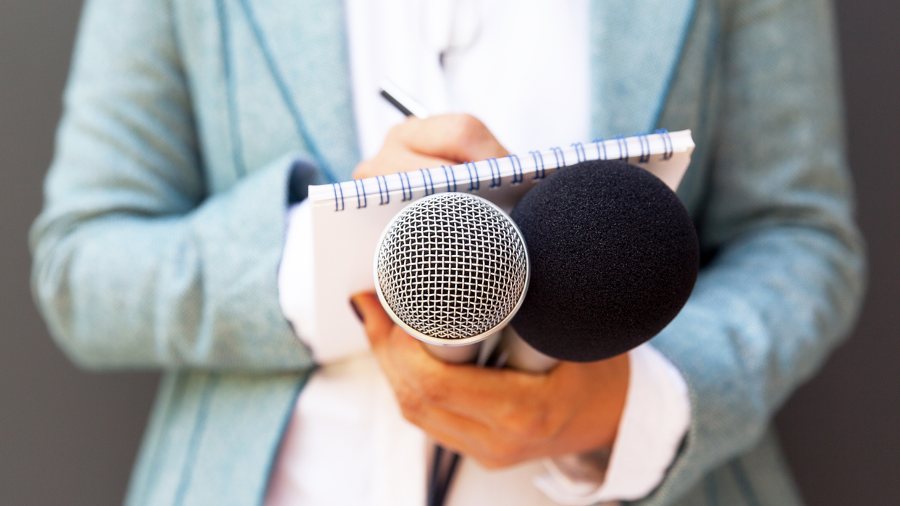 They do this via what veteran media critic Matt Taibbi calls “reporting the controversy.”

That is to say, the press claims that the existence of a controversy itself is newsworthy, no matter the accuracy of the stories — true or not — underlying the controversy. The media will even help to manufacture the “controversy” that they then report on, injecting a fake story into the news cycle.

It’s as if the New York Yankees created a story that the Boston Red Sox were using prostitutes, a story that was fake. But then sports reporters used the pretext that people were discussing the story as an excuse to report on it. Voila, people are talking about the Red Sox and prostitutes.

Not the Facts, Just the Controversy

Taibbi coined the term “reporting the controversy” in 2004, when the New York Times published a front-page story (“The Mystery of the Bulge in the Jacket”). It reported a rumor that George W. Bush using a secret transmitter during a debate with John Kerry. The story was crazy, so reporters defended their coverage by saying they were just reporting on the controversy, not actual facts. Taibbi: “‘Reporting the controversy’ has always been an end-run around traditional fact-checking rules, yet news outlets are now being complimented for using the technique over and over with the Steele reports.”

The Steele reports, most readers will know, were the documents making up the Steele dossier, a collection of salacious rumors about Donald Trump that were used to upend his presidency and distract the public for four years with a special prosecutor.

In his book We’ve Got People, Grim describes how reporters themselves helped to create the story they then reported on.

The dossier was total garbage, its stories created by the Clinton campaign, which then fed it to the intelligence agencies and the press. As the Russia hoax collapses more completely every day, many news organizations are reissuing corrections and retractions and trying to back away from it. Taibbi writes in his Substack column [subscribers only]:

Look down in the body of the pieces [about the dossier] … and you saw they were really just engaged in a steroid-fueled version of “reporting the controversy.” You’d read things like, “The memos suggest that for many years, the Russian government … looked for ways to influence Mr. Trump,” or “If some of the unproven claims in the memos are merely titillating, others would amount to extremely serious, potentially treasonous acts.” Then, at intervals, they’d basically say, “allegedly.”

Step 1: Create the Story. Step 2: Leak or Report the Story

The Steele dossier was planted in the media by James Comey, the ridiculous former head of the FBI. Comey briefed President Trump on the dossier. He then leaked to the media that the president had been briefed, thus creating the story that Comey himself invented. As veteran journalist Barry Meier notes in his book Spooked: The Trump Dossier, Black Cube, and the Rise of Private Spies:

Investigative journalists normally rely on court records, corporate documents and other tangible pieces of evidence. But the dossier took them down a very different path, one into the shadow lands of intelligence, a realm where documents don’t exist and where reporters often can’t independently confirm what their sources are saying.

“Reporting the controversy” was also used to create the Christine Blasey Ford story. On September 12, 2018, sketchy reporter and DNC shill Ryan Grim from The Intercept reported that Senator Dianne Feinstein was arguing with Senate colleagues. The subject: a letter Ford had written Feinstein describing an alleged sexual assault in high school at the hands of Brett Kavanaugh, who had been nominated for the Supreme Court.

“The Mosquitoes That Carry the Rumor”

In his book We’ve Got People, Grim describes how reporters themselves helped to create the story they then reported on. “Oftentimes reporters are the mosquitoes that carry the rumor from office to office in attempts to confirm it.” Grim wrote.

On September 7, five days before Grim’s story ran, “several Democrats on the Judiciary Committee learned about it this way.” One of those Democrats was Kamala Harris.

Just as Comey had used his “briefing” with Trump to leak the Russian dossier story to the media, reporters in September 2018 on Capitol Hill created the very story that they then reported on. Grim admits as much: “Whether the allegations in the letter were true or not — or, indeed, what the precise allegations were — was its own story, and I didn’t have it. But the fact that Feinstein was battling with fellow Democrats on the committee over the issue was a separate story. And that one I had.”

Yes. Because the Feinstein conflict had been manufactured by the “mosquitoes” in the media itself.

I Knew It was a Set-Up

As I’ve written extensively at The Stream, I was a prime target of the corrupt media and the left during the Kavanaugh battle. I knew as soon as the story broke what was going on. It was a set-up. Ford and the DNC were using opposition researchers, corrupt reporters and even an attempted honey trap to bring Brett down. Without any facts, the media would “report the controversy.” They bought the absurd big lie, but also missed smaller things. In her letter to Feinstein, Blasey Ford referred to me as “Mark G. Judge.” No one who ever knew me in high school knew me as Mark G. Judge. Mark G. Judge was a byline I used for a couple years when I was starting out as a journalist years ago.

It’s almost like an oppo researcher was using a name he had found by digging through old articles I had written.

As part of “reporting the controversy,” the media unearthed The Unknown Hoya, an underground newspaper I and my buddy Fletch had published in high school. Reporters were actually combing through a 1983 sheet and trying to find clues about girls and keg parties. When the Ford hit was over, Fletch called me up. “You know,” he said, “our reporting in The Unknown Hoya was more accurate than the New York Times and the Washington Post.”

It’s true. We counted our kegs accurately, never hid important facts from the people we wrote about and never “reported the controversy.” The Unknown Hoya was indeed more accurate than the Washington Post. It isn’t even close.