Pray for Russia, Too 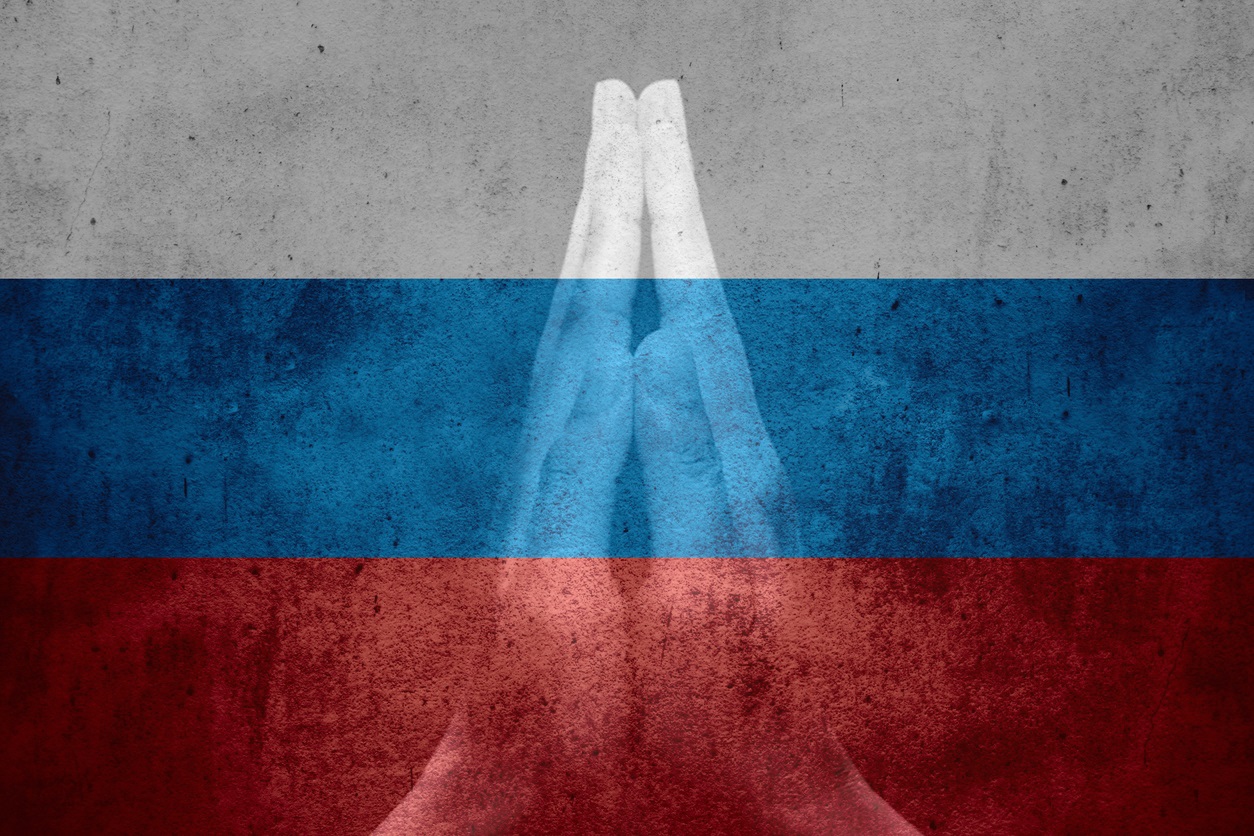 In college, I worked briefly aboard a Soviet fishing processor as company rep and translator, helping coordinate the movements of American and Soviet vessels. I ate in the officer’s mess, with Captain Alex at the head of the table on my right. Across from me sat either the commissar or the first mate, depending on the shift. The first mate, a Ukrainian, laughed when I asked about Russian-Ukrainian relations. All fifteen “socialist republics” that made up the Soviet Union were one family!

Certainly we worked together as a team on that ship, sometimes hauling in more than 100 tons of hake and cod a day, from the waters off Washington State to northern California. After the Soviet invasion of Afghanistan (which went as invasions of that country usually go), Jimmy Carter wouldn’t let Soviets fish directly in American waters. Merely processing the fish that smaller American “catcher” boats caught hurt their pride: They considered themselves the superior fishermen.

Pride joins nations as it joins crews, or it tears them apart.  Aristotle pointed out, “Men do not become tyrants to keep warm.”

Why did Putin drop his nets on Ukraine? Not to gain a toasty apartment in Kiev, or to steal fields of ripening wheat. All the “isms” that turn a mob into an army, the big “us versus them” — nationalism, racism, communism, manifest destiny — express ego in its expansive mode or in the hurt pride of group grievances. As I have argued in a recent series at this site, Xi Jinping and the Chinese Communist Party use patriotism to justify their bullying neighbors, appealing to pride in China’s achievements, anger over past slights, and ambitions that flatter.

Nor did American colonists revolt over a few bits increase in the price of tea. Money is nice, but respect arguably plays a larger role in human affairs. We should remember that, as we seek to avoid World War III.

Christians are praying for Ukraine right now. So we should! Vladimir Putin’s attack on that nation was reckless and unjust, and is becoming increasingly cruel. Putin is now threatening other nations, even rattling nuclear weapons. We must respond with both firmness and caution, as to a madman holding a ticking bomb.

Let us also pray for the Russian people.

It seems many Russians share the shame that led to these desperate measures. France took revenge on Germany after World War I, creating resentment that led to a murderous former corporal’s rise to power Berlin. Perhaps after the Soviet Union collapsed in 1989, we should have borne that lesson in mind. Perhaps we should have been more magnanimous in victory.

In the 19th Century, Alexis De Toqueville predicted that America and Russia would one day each “hold in its hands the destinies of half the world.” Both nations did expand to three oceans. Both arose geographically distant from the home of western civilization.

When you read great works of Russian literature, though, or listen to her musical masterpieces, it is clear that Russia has long identified as part of Europe.

Alexander Solzhenitsyn’s In the First Circle makes countless references to Christendom and the culture Russia shares with the West. The title of the book compares Soviet prison camps to Dante’s picture of hell. Leo Tolstoy’s War and Peace was essentially a bi-lingual work: mostly Russia but with quite a bit of dialogue in French, reflecting Russian aristocrats’ bantering in that language. Tolstoy sneered at pretentious aristocrats who lacked proper respect for their mother tongue. Like Simba the Lion, they had forgotten who they were.

Russia borrowed much from the West, and it returned much.  What would classical music be without Swan Lake or Nutcracker?  What would architecture be without Russia’s gorgeous churches? How impoverished would the world’s literature stand, bereft of Pushkin, Tolstoy, Dostoevsky and the searing irony of Solzhenitsyn?

The Russian-led Soviet Union grew into one of the world’s superpowers, as Toqueville had predicted. Of course there was terrible shame in the nature of that rule. Joseph Stalin killed millions, sterilized cultures, and inspired satires like George Orwell’s 1984 and literary crime reports like The Gulag Archipelago. But at least the Soviet Union seemed strong, until repulsed by Afghan peasants armed with American stinger missiles. (Now we know how that smarts!)

Then Russia’s outer colonies rebelled: Poland, Hungary, East Germany, Czechoslovakia. Shortly thereafter, the USSR dissipated like a ship striking a rock. Its fifteen republics, some of which contained millions of Russians, floated away as raft-like political entities.  Gangsters fought over what was left of Russia, selling young women as prostitutes. Life expectancy plunged to some 65 years during the 1990s, largely thanks to vodka.

Condaleezza Rice spoke recently of Putin’s sense of “victimology.” But that feeling is not his alone. The Chinese felt it, too, when colonial powers picked that country to pieces in the 19th and early 20th Centuries, and Chinese men became widely addicted to opium. The feelings are understandable. Again and again, so-called “patriots” have played upon them, from Confederates to Boxers, from communists to Nazis, and now Vladimir Putin’s gangster nationalism.

I have argued that China ought to be grateful to America, which has often been China’s best foreign friend, saving it from Japan and helping it develop its current great strength. But many Russians feel betrayed by their former superpower rival, which treated them a bit as a defeated foe. And now even Ukraine, in one sense the birthplace of Russian civilization, has shown it wants nothing to do with Mother Russia.

Just as drinking leads to shame, which one masks with more drink, so arrogance often leads to further humiliation, which must be covered up by acting even more shamefully.

The present assault on Ukraine has not gone well. Ukrainians have cursed Putin instead of welcoming him. Putin and those whose egos identify with his cause must now feel naked before the world.

Would a man like Putin prefer shame, or death?  I suspect he, the former KGB official, feels as Queen Jadis felt when she heard the Narnian lion Aslan’s Song of Creation: “She would have smashed that world, or all worlds, to pieces, if she could only stop the singing.” Vladimir Putin can do a lot of smashing.

It is hazardous to bait a bear holding nuclear missiles in its claws. We must carefully and wisely support Ukraine in its hour of need, and help Poland and the Baltic Republics. But we should also pray and work for the long-term good of “Holy Russia.”  The human race sails a single ship on one world ocean, after all.

Douglas MacArthur set us a great example. After defeating Imperial Japan, the American general went out of his way to show respect for Japan, despite its terrible crimes — far worse than anything Putin has done to date — and that respect helped renew the nation. America made a good friend, and Japan grew into one of the most admired and successful nations on Earth.

May God watch over those men I sailed with off the West Coast, their families, and whichever nations to which they now belong.  May Heaven bring peace to Russia and Ukrainian, and lead both nations to the love of God, which breaks the pride of man, to give him new life.

Christ has risen! In his rebirth from the dead is the only real hope for the world today.