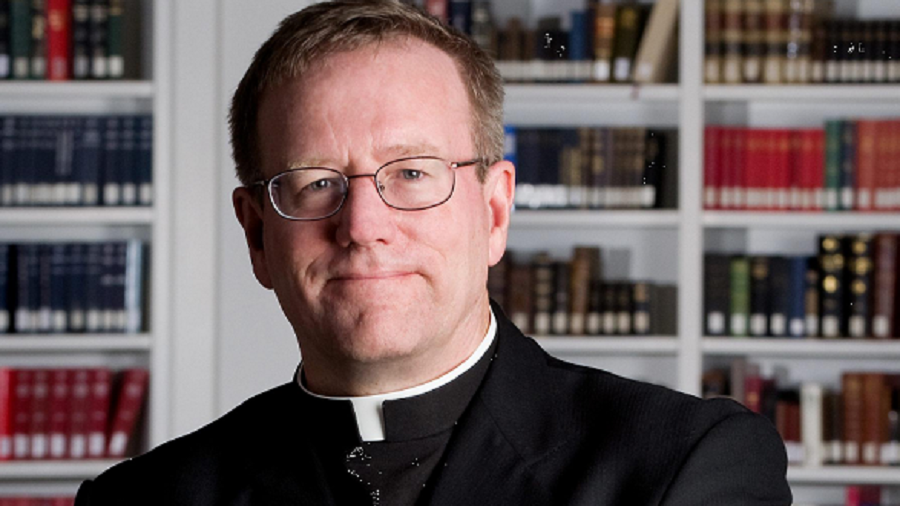 In a suffering world, where should Christians stand? Especially where should pastors stand, those men who dare to speak on Jesus’ behalf, to “feed” His sheep? I think the answer is clear from the example of their Master. Jesus shed the glory of heaven to find the most vulnerable, the suffering, those estranged from God who deemed themselves unworthy even of mercy. He suffered with them and for them. He calls on us to take up the cross and follow.

Which of the apostles stood with Jesus on the darkest day in history, Good Friday? Just one, the apostle “He loved,” whose name was John. He was the only man strong enough to stand by the women, especially Jesus’ mother — who never fled Him. As a Catholic, I believe that John was one of the Church’s first 12 bishops. One had already betrayed Christ, while another pretended he’d never met Him. The rest remained in hiding. And Jesus gave His greatest earthly treasure, His beloved mother, into John’s care.

The Apostle John Didn’t Flee from Caesar, or Join Him

So John has always been my model for what Church leaders should look like. Whatever their personal weaknesses, they must not flee the cross. However Caesar threatens, they do not bend the knee. Whatever their “prudent” colleagues do, they will not run and hide.

With great sadness I must say that few Christian leaders today live up to this standard. The more power, prestige, and visibility such leaders have, the greater their failure when they flee. That’s why I’ve been bold in my criticisms of the most powerful Christian on earth, Pope Francis. His alliance with Communist China and embrace of pro-choice globalists might be the greatest scandal in Catholic history. Popes appointing their illegitimate children as Renaissance cardinals? That pales by comparison.

In the US, one of the most prominent, well-funded, visible and “connected” bishops is Robert Barron. He’s known and respected on both the theological “right” and the progressive “left.” When Benedict XVI was in office, Barron sounded orthodox. Now that Francis rules, Barron tilts his way. Read theologian John Gravino’s staggering exposé of Barron’s leadership in “mainstreaming” gay clergy in the Catholic church.

He is all things to all popes, it seems.

The Least Among Our Brothers … The Least of His Concerns

One thing Barron isn’t is a reflection of John as apostle. Out of the hundreds of thousands of words that emerge annually from Barron’s personal media empire, I have strained to hear him speak anything prophetic on behalf of the weak, the abandoned, the desperate. This bishop with so much influence, who appears on network TV shows, doesn’t talk much about the unborn. I didn’t hear him defend David Daleiden, when the state of California (where each of them lives) decided to persecute Daleiden for exposing Planned Parenthood. When Barron appeared in a video with Ben Shapiro, who challenged him to evangelize for Christ, Barron demurred. He pretty much shrugged, and said that there were other paths to salvation.

Bad as that is, somehow I am more offended at Barron’s refusal to use his vast personal resources, given by well-meaning donors, on behalf of the persecuted. Since Pope Francis sealed his secret deal with China, Barron has said not a word about China’s concentration camps, forced abortions, and organ theft aimed at Uyghurs — peaceful Muslims hunted by the Communists for their religion. Since the LGBT syndicate launched its attack on religious freedom, Barron has pragmatically dodged any battles on our behalf. Having gained the kind of platform any pastor would envy, Barron has acted more like a courtier in the palace of Caesar, Mammon, and Sodom.

His Fellow Bishop Attacked, and … Crickets

What brought this home to me most? This news from China:

Authorities in northern China have arrested a Vatican-appointed Catholic bishop, his seven priests, and an unspecified number of seminarians in what is seen as part of a renewed crackdown on the underground Catholic Church in the communist country.

Police arrested 63-year-old Bishop Joseph Zhang Weizhu of Xinxiang Diocese in Henan province on May 21, a day after they detained the priests and seminarians for allegedly violating the country’s repressive new regulations on religious affairs.

How Many Times Must a Man Kiss Up, Before He Stops Kicking Down?

The highly visible Barron’s response to this news? He said nothing about China’s attack on a fellow bishop and his church. But he did find time to mark the birthday of Bob Dylan with a music video.

Now I’ve got nothing against the gifted Bob Dylan. But can you think of a safer, less counter-cultural gesture a pastor could make than to celebrate the Boomers’ favorite songster? I’ve tried, and I can’t.

Bishop Barron is an icon of the legacy Catholic infrastructure that’s collapsing all around him: Bishops as fixers, power-brokers, and pals of the local Democrat pols. Bishops as fund-raisers, builders, and bureaucrats who protect their own above all. (That, along with Freud replacing Augustine in our seminaries, is how we got the sex abuse crisis that still shames us.) The bishops who stay mum while Biden expands the exploitation of aborted babies, but chime in with fashionable tracts on “systemic racism.” The bishops of what has become, in effect, our own Chinese-style, state-run “Patriotic Church.”

In my own flawed, human way, through my apostolate, I’ve always striven to do the opposite. We have sought out the foot of the cross. It took me to Iraqi Kurdistan, just a few miles from ISIS, to chronicle Kurds’ fight for freedom. It took me to Sudan, in the midst of the Darfur genocide. It took me to crisis pregnancy centers, to help them raise millions to serve abandoned mothers and threatened children. It took me to Washington, DC., to speak on behalf of the Uyghurs, whose leaders I count among my closest friends. I don’t know where it will take me next. But I know why I’m going and Whom I follow.

Do bishops like Robert Barron? I pray that they find out soon. Maybe this short film on which I served as co-executive producer might wake them up. It’s all about a pastor who prefers carrying tunes to carrying the Cross.