How the drift from biblical to "therapeutic" morality led to sex abuse, riots, and anarcho-tyranny. 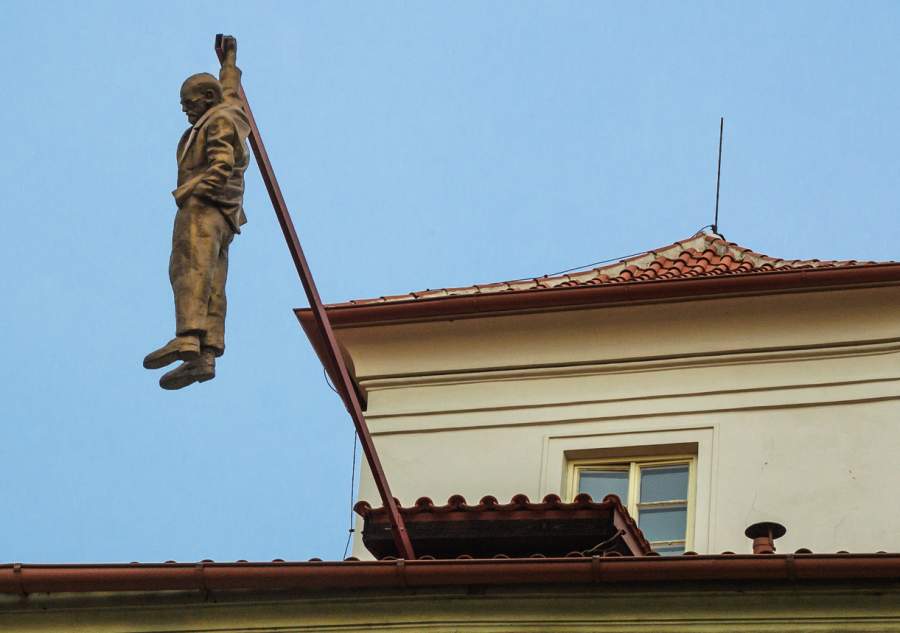 Prague, Czech Republic - September 12, 2008: An unusual statue in Prague depicts a nonchalant Sigmund Freud hanging by a hand and pondering whether to hold on or let go.

If you were to completely reprogram a computer, would you expect it still to work? What if you went into the operating system and altered the root commands? Well that’s what many Christian churches have done to the most basic moral principles. And the outcome is as you’d expect: the judgments, policies, language and pastoral attitudes coming out of these churches have altered too. They’re producing a whole “new gospel” of the kind St. Paul warned against.

Let’s take my own Catholic church, since I know it the best. One of the finest Catholic theologians out there is John Gravino. He has a newly revised book called Confronting the Pope of Suspicion. In it, he shows how Pope Francis’ agenda is to rewrite completely the foundations of Christian morality. Francis does this via his writings and the people he appoints to positions of power. The outcome? An AstroTurf upsurge in demands for our church to bless same-sex unions.

Francis isn’t some lonely revolutionary, of course. What he’s doing began in the early 1960s in Catholic circles, much earlier in Mainline Protestant denominations. It’s creeping into evangelical churches as you read this.

St. Augustine Out, Sigmund Freud In

What happened? It’s pretty simple. Gravino lays it out in more detail, but it boils down to this. Cowed by the prestige of “Science,” and gaslit into believing that Freud’s tenuously-evidenced (now largely discarded) theories fell under that rubric, Catholic leaders in the early 1960s discarded one worldview for another. Instead of the biblical picture of man as free, fallen, and responsible, theologians and teachers accepted Freud’s. We’re not crippled by sin, then redeemed by Christ. We’re afflicted by “repression,” then liberated by a therapist.

Sexuality isn’t a gift from God to be used within His intentions. It’s a primal overwhelming force, like the lava from a volcano. Attempts to control it are dangerous, damaging, and futile. Insisting on old-fashioned morals is no better than clinging to 1950s-era segregation. So advocating our morality amounts to hate speech aimed at sexual victim-groups.

Seminaries that Churned Out Child Molesters

Gravino shows how critical textbooks used for training priests shed talk of sin and forgiveness for discourses on “self-fulfillment” and “actualization.” He documents how this radical shift in emphasis was followed closely by catastrophe. Not just the collapse in numbers of vocations for priests, brothers, and nuns, but something infinitely worse: the clerical sex abuse crisis. 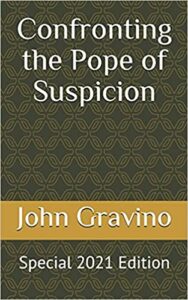 The very seminaries where this new, “liberating” worldview was being taught produced hundreds of priests who would someday “explore” and “actualize” their sexual impulses with … underage boys. Those same schools also formed bishops who would send offenders for a few weeks of therapy, then place them back in parishes or boys schools. When the whole scandal exploded, they’d switch straight back to repression. Not of sexuality, of course, but of the truth about what they’d done.

From Social Science to a Public Health Dictatorship

The shift to a therapeutic, instead of a morals-based, culture can corrupt the State as well. We’ve seen since the advent of COVID millions of people willing to throw away their liberties with both hands, in a desperate concern for “public health.” This mass surrender, however, is merely the last stage in the process of trading our freedoms for promised safety.

This shift began innocently enough, or so we thought. We wished to shift from simply punishing youthful offenders to understanding the social dysfunctions that produced so many “juvenile delinquents.” Our scientists could split the atom and put men in space, surely they could crack the code of what sent young people astray.

The rat in the punch bowl? The social scientists analyzing the problem had already ruled out the Christian worldview of sin and forgiveness. They weren’t willing to “judge,” for instance, fathers who abandoned families and left their boys to grow up without them. Freud’s fundamental ethics, now in the driver’s seat, forbade blaming easy divorce, or illegitimate child-bearing, for burgeoning social chaos. Alfred Kinsey’s biased, falsified studies of sexuality offered reams of doctored data to prove Freud’s point. Their totem of easing repression created its own taboo: traditional, Christian answers were illegitimate.

“We Ain’t No Delinquents, We’re Misunderstood”

As long ago as the 1950s, Stephen Sondheim gently mocked the new, post-Christian therapeutic attitude to morality in lyrics for West Side Story. One teenage hoodlum imagines teasing a policeman, who has come to enforce the law, that stern moral judgment, and the punishment of crimes, are outdated and outmoded.

Dear, dear, dear kindly Sergeant Krupke you gotta understand
It’s just our bringin’ up-ke that gets us out of hand
Our mothers all are junkies, our fathers all are drunks
Golly Moses, naturally we’re punks.

Gee, Officer Krupke we’re very upset
We never had the love that every child oughta get
We ain’t no delinquents, we’re misunderstood
Deep down inside us there is good.

There’s a flip-side, of course, to all this. The witty young teens who wield the mushy rhetoric of the therapeutic State aren’t thinking its implications through. Should they actually get arrested, they’d likely hope for lawyers to appear on their behalf. They’d want those lawyers to cite and defend the arrestee’s legal and civil rights.

Those rights didn’t arise from the murky, dehumanizing theories of psychologists and sociologists. Such stable, legally enforceable claims against the power of the State emerged many centuries before. They’re the fruit of the Christian worldview, which sees human beings as essentially free, responsible agents made in the image of God.

The reason they must be held responsible for crimes is that such abuses harm other free human beings who likewise bear the stamp of dignity, as creatures of the same God. The rights these teens would hope their attorneys insisted on emerged from centuries of struggle between the people and the government, from Anglo-Saxon customs, canon law, Norman common law, and contests between medieval barons and English kings.

Goods most of us still treasure, such as the presumption of innocence, trial by jury, the adversarial system of justice (i.e., you get a defense attorney), are all implied by the older, Christian view of the person. But none of these old-fashioned concepts fit in with the new, therapeutic model. If we can transfer people’s responsibilities (such as their guilt) off them and onto “society,” we can likewise transfer their rights.

We can choose which people or groups to tar with collective guilt for “systemic racism” and punish or disadvantage via affirmative action. Then pick which others to give carte blanche for street violence and political intimidation — as Democrat governors and mayors chose not to prosecute thousands of rioters in 2020. (Now the feds have dropped most of the cases, too.) Meanwhile dozens of de facto political prisoners languish in solitary confinement for engaging in the “wrong” kind of riot on January 6, 2020. And citizen volunteer Kyle Rittenhouse faces murder charges for what were obviously (provably, on video) acts of self-defense against a lynch mob. Meanwhile, there’s a 25% increase in homicides in major American cities. The “safety” mindset isn’t even safe.

Red Flagging the Bill of Rights

Now Democrats (and some Republicans) favor taking the next ominous step: making basic Constitutional freedoms subject to therapeutic judgments of “safety” and “public health.” That’s exactly what “Red Flag” laws do. They let judges strip citizens of their Second Amendment right to self-defense, based on mere accusations from vengeful ex-partners or nosy neighbors. The burden of proof is on the citizen, to prove that he is “safe,” frequently to judges who think any firearms in private hands pose a danger to “public health.”

If voters get behind such laws, we will know that the game is over here in America. No Second Amendment, no First.