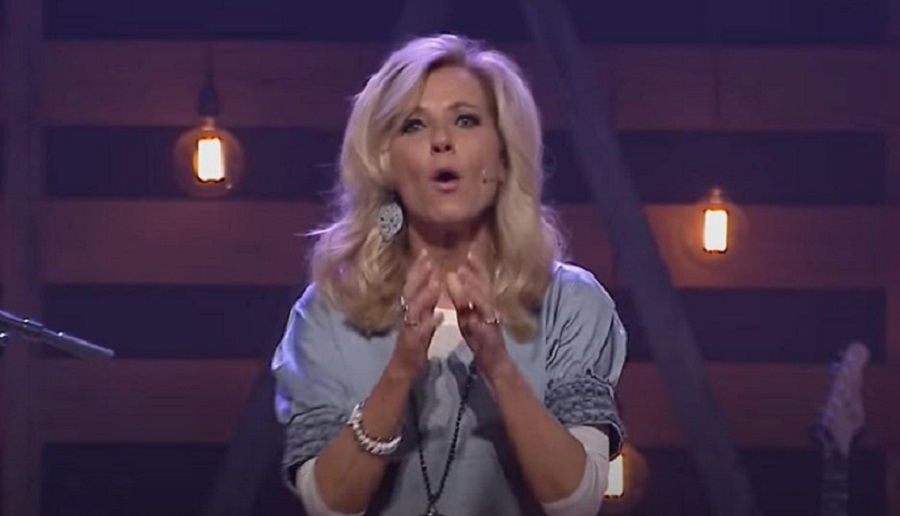 This past Sunday morning, Beth Moore tweeted, “I do not believe these are days for mincing words. I’m 63 1/2 years old & I have never seen anything in these United States of America I found more astonishingly seductive & dangerous to the saints of God than Trumpism. This Christian nationalism is not of God. Move back from it.” Was she right in raising these concerns?

Before we can respond, let’s put aside the question of whether you are a Beth Moore fan or not. To some, she is a beloved and faithful teacher of the Word. To others, she has become “soft.” That is not the issue here. The issue is the substance of her words.

What does Christian Nationalism Mean?

We also need to define what is meant by “Christian nationalism” (although we cannot say with certainty this is exactly what Moore meant).

Are you a Christian nationalist simply because you love and appreciate America? No.

Are you a Christian nationalist simply because you are patriotic and serve in the military? No.

Are you a Christian nationalist simply because you believe Trump was better for America than Biden? No.

Are you a Christian nationalist simply because you believe there was electoral fraud and are doing your best to fight for a free and fair election? No.

Are you a Christian nationalist simply because you believe that America must protect our religious liberties? No.

Are you a Christian nationalist simply because you believe that God raised up America for special purposes in order to bless and help the world? No.

But you are a Christian nationalist if you confuse loyalty to your country with loyalty to the kingdom of God.

You are a Christian nationalist if you wrap the gospel in an American flag.

You are a Christian nationalist if you “merge Christian and American identities” (as stated here; readers might have differences with other statements on this site).

The Attack Against Christian Nationalism

To be sure, much of the attack against “Christian nationalism” comes from left-leaning thinkers, as can be seen in some critiques of the concept.

For example, according to Andrew Whitehead and Samuel Perry, authors of Taking America Back for God: Christian Nationalism in the United States, “Christian nationalism merely uses the Bible to impose its conservative political agenda. By asserting that they are true followers of Christ in a country that is founded on Christian principles, adherents of Christian nationalism can brand their political opponents as both ungodly and un-American.

“By playing the role of an oppressed minority, Christian nationalism adds moral strength to its position while hiding the truth that its ideology is aging out and driving young people away through its intolerance.”

But putting aside these critiques, which we are often reacting against when stating our positions, is there substance to Beth Moore’s tweet?

That’s why, on Saturday, prayer rallies for election integrity were scheduled together with “Jericho Marches” in key, swing-state cities.

That’s why a “peaceful protest and prayer march [that] took place in Washington, DC Saturday where participants rallied for America’s election system to be free from fraud and corruption” was called, “Let the Church ROAR.”

And that’s why I tweeted, “As a Trump voter, I must say candidly that it is very troubling to see many American Christians far more mobilized for Trump than they have ever been mobilized for Jesus.”

The problem is that the differences between being Christians who love America and Christian nationalists are often subtle, since we have many shared values (such as being pro-life).

Many sincere believers would also ask, “Should we just stand back and let our country be destroyed? Should we let democracy be crushed forever? Should we simply hand over our nation to corrupt leaders? Should we not stand up and fight for what is right?”

Certainly not. We should fight for what is right and against what is wrong.

Do Not Equate America With God’s Kingdom

America, like every other nation on the planet, is part of the world system (or, in New Testament terms, part of “the world”). It is not the kingdom of God, nor is it a special manifestation of the kingdom of God. In fact, God’s kingdom values are often diametrically opposed to the values of our country.

Let’s be real, my friends.

We have aborted more than 60 million babies since 1973. We lead the world in the making and exporting of pornography. Our murder rates are off the charts, as are our rates for teen drug use, teen promiscuity, and teen suicide. Much of our history has been marked by racial injustice, and we have as many radical elements on the right as we do on the left. And we have pushed LGBTQ extremism on other countries at the risk of them losing our financial support.

To equate America with God’s kingdom or to merge the cross with the flag is to make a terrible and dangerous mistake. And that is the error of Christian nationalism.

The irony of all this is that if we would be kingdom-minded people first and foremost, we would bring the most blessing to America. If we would look at America as our mission field rather than our spiritual refuge, we would help our nation fulfill whatever plans the Lord has for us. And if we would exalt Jesus infinitely more than any political leader, we would best serve our country (and our leaders).

Has Beth Moore, then, gone soft? Is she becoming politically liberal? Those are not the questions I am asking here.

Is she right to warn about the dangerous rise of Christian nationalism in our country today? I say absolutely yes. (For the record, she also warned against falling into “Bidenism.”)