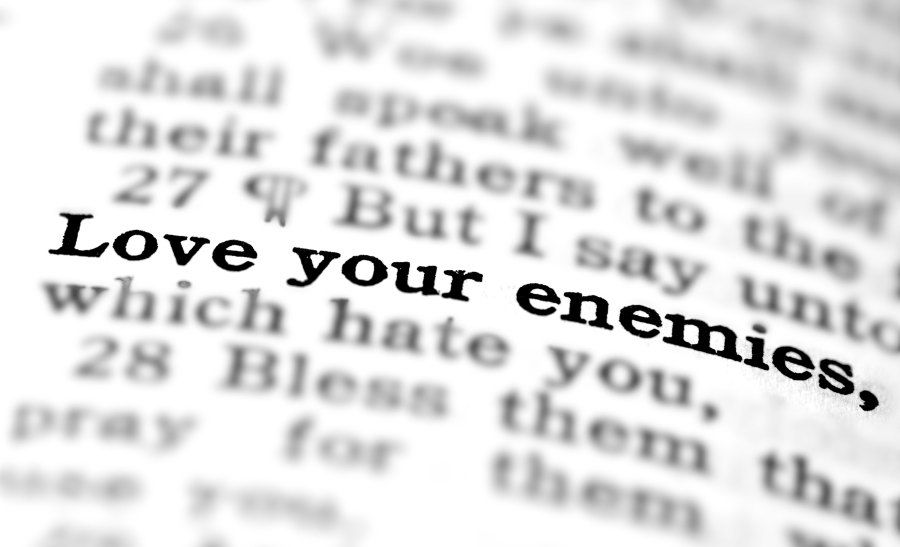 Peter Boghossian, the once extremely cantankerous atheist philosopher, who boasted that he was kicked out of his first Ph.D. program, quit his job this week as a philosophy professor at Portland State University. In his letter to the administration, he claimed that the university is no longer about the pursuit of truth but the pushing of ideology.

He had been a movement man within the camp of neoatheism, a camp with great bark and vitriol, whose reign of terror led by the likes of Richard Dawkins lasted two decades. Its influence helped give rise to the “nones.”

Indeed, he’s been very influential in what has been dubbed “street epistemology,” a strategic conversational approach by which atheists seek to effectively move religious believers away from religion and into “reality.”

To say that he was someone with whom I had serious disagreements is an understatement.

I lead a movement of thoughtful Christians on 150 campuses, a movement of evangelistic apologists seeking to defend the faith at the most strategic institution in civilization: universities. We’re in a fight. We’ve had dozens of cases of legal proceedings including ones at the highest levels of the judicial and executive branches of government.

I, too, struggled with my first Ph.D. and had to reach for it a second time, successfully that time. While a philosophy professor, I was also involved in legal proceedings based on the content of my teaching. The university is a battlefield for the minds and hearts of the future.

Boghossian was virtually my arch enemy on things metaphysical, rational and ethical. His book, A Manual for Creating Atheists, portrayed people like me as delusional. We were to be treated almost like psychiatric patients needing Socratic guidance to eradicate the virus of faith. In one chapter he gave a clarion call for professors, administrators and student activists to join him in this crusade.

We’re now friends. He’s done with the atheism-theism debate. He mentioned me by name on a podcast that he did last night. My faculty ministry at Purdue prays for him. He’s not only aware of this, but also thanks me for it. We’ve traveled and spoken at numerous universities together as allies on viewpoint diversity, spending hours in cars together talking about philosophy, culture, and some things about family shared only in confidence.

He was confronted anew with a severely dangerous ideology that has infiltrated our culture while simultaneously engaging with thoughtful Christians. It was eye opening.

I think that neoMarxism is far more dangerous than neoatheism. NeoMarxism has rapidly and radically infiltrated media, academia and has now ensconced itself in various strata of ecclesia.

Having studied and been published in Marxist thought, I was aware of a large-scale attack coming on our country from within by a foreign ideology to American thought, foreign to Democratic and Republican ideals, to liberal and conservative thought. Boghossian encountered the same thing. Yet, he was a liberal atheist and I was a conservative Christian.

He, and two other liberal atheist scholars, began a hoax project within leftist academic journals seeking to get numerous articles submitted and published without any real scholarship behind them. They successfully achieved this goal within several important peer reviewed journals related to Critical Theory, the leading paradigm in much of the social sciences and humanities.

These were so egregious that when they were caught, it brought extreme embarrassment on the uber left, the New Left, the neoMarxist left. One example was a rewrite of a section from Hitler’s Mein Kampf overlaid with strategic “social justice” language for approval. Another, was on “The Conceptual Penis as a Social Construct.” They not only succeeded in getting numerous publications, but also received awards.

You can imagine all hell breaking loose when they were caught. The Left has been relentless since then, drawing even the likes of Jordan Peterson, Richard Dawkins, and Steven Pinker to Boghossian’s defense … to no avail. The left went berserk for having the spotlight revealing that they aren’t pursuing truth and scholarship, but in these fields of critical studies are instead fully formed ideology factories.

In Pursuit of Truth

Two years ago, Peter invited me to speak for several hours in his PSU Atheism Seminar on the rationality of religious belief, followed by Q&A, an example of allowing and defending your opposition the respect to have a voice in the pursuit of truth. Obviously, I argued why I think Christian faith is a virtue, not a virus.

We had lunch and then I walked him back to his office, the only office located inside the Portland State University police department building (possibly for his safety from Antifa, a Marxist movement which has strong presence in Portland, Ore.). It was then that we discerned ourselves to be natural allies against a foreign invader coming under a plethora of names: Critical Theory, Critical Social Justice, Cultural Marxism, NeoMarxism, Western Marxism, Identity Politics, etc.

While pro-choice, he defends pro-lifers’ right on campus to put up their displays, and he takes flak for it. He invites me to lecture in his atheism class when, by contrast, I’ve had Christian seminaries and campus ministries cancel or disinvite me due to their acquiescence to political correctness.

Our fight was on, but not against each other. Marxist thought is illiberal thought and harmful in the pursuit of truth. We both intimately know its existential threat.

Josef Stalin, a Marxist, was alleged to have said, “Ideas are more powerful than guns. We don’t allow our enemies to have guns. So why should we let them have ideas?”

Voltaire, a deist, was alleged to have said, “I may disagree with what you say, but I will defend to the death your right to say it.”

The former dangerously seeks to inhibit the propagation of ideas for the sake of power. The latter exhibits courage and respect conducive to the pursuit of truth. The former demonstrates vice, the latter virtue.

From Atheism to Skepticism

Peter now prefers to be called a skeptic rather than an atheist. I still think he’s wrong about God. I believe that I have better arguments than him not only regarding God’s existence but also better intellectual resources for which to argue for our agreed-upon platform that we should pursue truth, while respecting others in their dissenting opinions. We can debate, respectfully.

Contrary to some, debate is not hate (Boghossian and I were called “logical fascists” at one university where Marxists tried to shut us down). Rather, it is a necessary platform in the marketplace of competing ideas. It is what made the universities great, institutions that were founded by Christians for the pursuit of truth. The story of how we lost the universities is complicated, but we’re facing version 2.0 now and it’s far more dire.

The Freedom to Pursue Objective Truth

Boghossian and I embrace the reality and knowability of objective truth and the freedom to pursue it. We’ve moved beyond the proverbial, “the enemy of my enemy is my friend,” to a genuine friendship.

Our views are still at odds. Nonetheless, Peter has acquired a variety of new friends, friends that are thoughtful Christians providing him with perspective and possibilities that weren’t live options before. I believe these relationships have been a catalyst for change.

I believe we need to consider forging new alliances given our challenging and rapidly changing times, yet carefully and thoughtfully, for the common good. Jesus, the incarnate logos, is the ground for truth and goodness.

Corey Miller, Ph.D., is the President/CEO of Ratio Christi. He has served on pastoral staff at four churches and has taught nearly 100 college courses in philosophy, theology, rhetoric, and comparative religions at various places. He is also author or co-author of Leaving Mormonism: Why Four Scholars Changed their Minds (2017), Is Faith in God Reasonable? Debates in Philosophy, Science, and Rhetoric (2014), In Search of the Good Life: Through the Eyes of Aristotle, Maimonides, and Aquinas (2019), and Engaging with Mormons: Understanding their World, Sharing Good News (2020).

The Lockdown, Evangelicals and the Afterlife: A Response to Steven Pinker