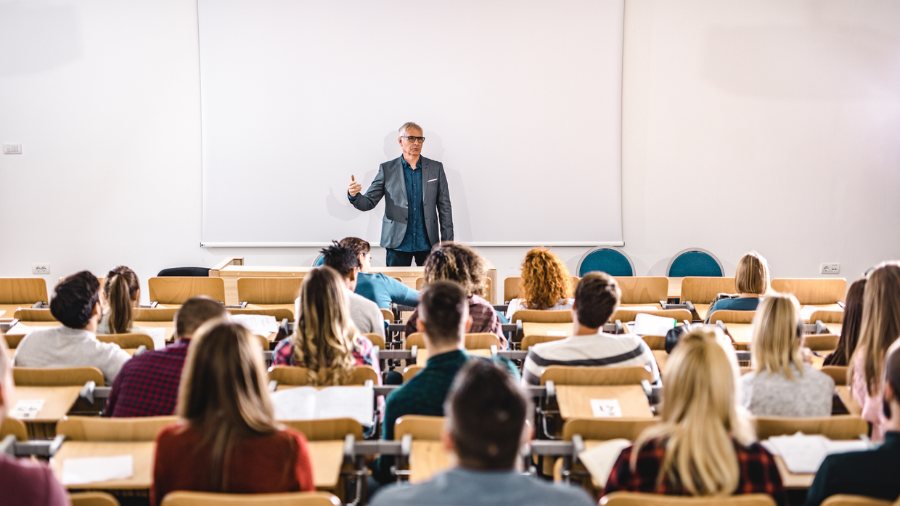 He’s an atheist leader, I’m the president of a campus Christian organization. But we had common cause in combating the rise of Critical Theory on the college campus. So early this month we lectured together four times on four Utah college campuses. (I explained the need for our talks in Part 1, and more fully explained Critical Theory in Part 2.)

We encountered opposition even before we arrived. Some objected to the idea of protecting “blind” and “homophobic” religion (alleged to be my view) under the guise of diversity. Others blasted Peter as unethical for deceptive scholarship. He’d been part of a team that had submitted fancifully insane and fabricated articles to leftist journals. The journals uncritically accepted them. The articles didn’t make sense, but they did fit the narrative. Many were unhappy that fake scholarship had been uncovered.

Our crime, they said (before hearing us) was that we were “logical fascists.”

Our message was deemed threatening to the safety of minority and oppressed communities. One group sent a letter to the president of their university with hope to get us cancelled. Our crime, they said (before hearing us) was that we were “logical fascists.” It was followed by a petition. This was strange, since we were only discussing diversity, viewpoint diversity. Apparently, that sort of diversity is code for “racist” or “oppressor.” It’s a sort of diversity that barely exists at the university, if at all.

We gave our joint lectures anyway.

The Dialogue Was Fruitful, Despite Our Odd Pairing

People came from the community, including pastors, lawyers and journalists. The diversity of the audience ranged from blacks and whites, gays and Mormons (of varying stripes), atheists, pantheists and relativists. At least one person drove an hour to one event.

Our game improved at each new event. During audience interaction times we heard great comments from professors, students and administrators (including one Diversity, Inclusion and Equity officer).

While we’d begun as a clumsy “odd couple,” we emerged at the end as a team. Despite our differences, we forged what appears to be a genuine friendship capable of harmonizing together in our messaging and common quest.

We couldn’t quite shake the oddness, though. One Ratio Christi staff member asked Boghossian how things have changed, since he used to fight Christians and now has a new agenda, destroying “social justice”? Boghossian’s initial reply was: “First, I never used to ‘fight’ Christians.” When it came time to provide him with an honorarium, the staffer needed an “invoice” of sorts. He innocently asked if Boghossian had anything on letterhead. Perhaps something to the effect of “Peter Boghossian Ministries”? We all, including Peter, could have choked laughing.

My Take-Aways From the Event: We Pursued Truth Together

First, friendship. Boghossian publicly complimented my organization, Ratio Christi, at every event. He said it is the Christians who are now the most gracious to him. He observed that they adopt children, they hang out with him and they make him think (all things that surprised him). Unlike those in the New Left, on his report, Christians don’t call him a racist, wife beater, or target his family. He feels he has more in common with many evangelicals than most on the illiberal left.

By the end, we comfortably joked about each other and our opposing beliefs. We even affirmed or criticized our respective political viewpoints and presidential choices. The car rides throughout northern Utah allowed us to get into deeper philosophical engagements in areas of disagreement. We also used the rides to become acquainted with one another’s family and backgrounds.

Boghossian observed that Christians adopt children, they hang out with him and they make him think (all things that surprised him).

Second, productivity. Viewpoint diversity does not require relational opposition or a lack of appropriate cooperation. Alliances make strange bedfellows but can often be genuinely productive. Many of our university chapters have more skeptics and non-believers than Christians. They have a great time disagreeing peaceably and yet make progress. Not only is there personal productivity, but this cooperation extends to societal productivity since we can accomplish some things together that we cannot do in isolation.

Third, truth. While we can unite against this new threat about certain goods we ought to embrace for civilization (liberty of speech and thought, genuine equality, the pursuit of truth, among other things), those goods are best explained by Christianity. Even in alliance, we can still point this out and civil dispute. Christianity is the best explanation for the rise of the universities and sciences as well as robust human rights and dignity intrinsic to our common humanity being created in God’s image.

We Sharpened Each Other’s Thinking

Conversation in contrast helps us all to see blind spots. It encourages us to “steel man” rather than to “straw man” our opponent’s views. He commented how in his travels he runs into Ratio Christi personnel and they always help him to be a better thinker. Some of his views modified in recent interactions with us and with other Christians as he’s gotten to know us. I noticed a sharpening of my own views as I also learned from him.

We are discussing potential speaking locations for the fall.

Dr. Corey Miller is president and CEO of Ratio Christi. He has served on pastoral staff at four churches and has taught nearly 100 college courses in philosophy, theology, rhetoric and comparative religions at various campuses (Purdue, Indiana University, Multnomah University and Ecola Bible College). He is author of several books, including In Search of the Good Life: Through the Eyes of Aristotle, Maimonides, and Aquinas. Miller lives with his wife Melinda and three children in Indiana.