A snapshot of the sacrifices being made by brave U.S. troops and military families around the world. 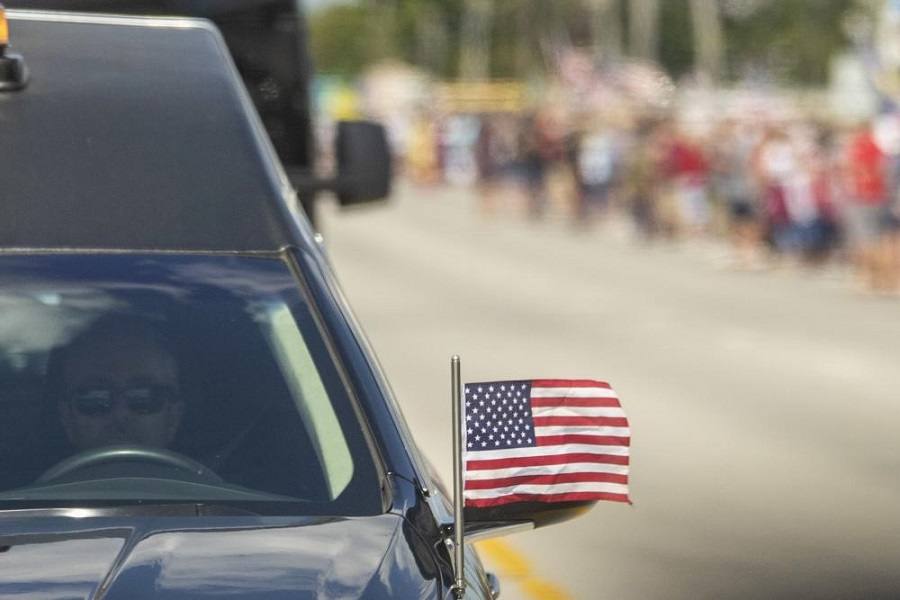 The U.S. military might be out of Afghanistan, but the human toll of America’s longest war will reverberate for many years to come.

One of the lives lost during the August 26 Kabul airport suicide bombing that killed 13 U.S. troops was Sgt. Nicole Gee. The 23-year-old Marine’s flag-draped casket returned to Sacramento, California, on Thursday, with a procession that saw hundreds hold flags along roads during a 20-mile procession.

One of Sgt. Gee’s final Instagram posts, which showed her holding an Afghan baby, was captioned “I love my job.” The post has since been shared and seen by millions around the world. A public memorial service honoring Sgt. Gee will be held on Saturday in Roseville, California.

The final 13 fallen military heroes of the nearly 20-year war in Afghanistan are being remembered in cities and towns across the country. They include Lawrence, Massachusetts, the hometown of Sgt. Johanny Rosario Pichardo, and Berlin Heights, Ohio, where U.S. Navy Hospital Corpsman 3rd Class Max Soviak grew up. Please pray for the families and friends of these departed warriors as they grieve and say goodbye.

As funerals, memorial services and processions take place for their fallen brothers and sisters, 20 U.S. military heroes injured on August 26 are recovering from their wounds. According to a U.S. Marine Corps statement published by the U.S. Naval Institute, seven are hospitalized at the Walter Reed National Military Medical Center in Bethesda, Maryland.

Please keep praying for the survivors including Maj. Ben Sutphen, who gave a detailed and harrowing account of the bombing to CBS News earlier this week. It’s hard to imagine being forced to live with such trauma.

Even after tragedy, God provides beautiful miracles. As seen above, the widow of fallen U.S. Marine Lance Cpl. Rylee McCollum gave birth to the couple’s first child on Monday. According to the New York Post, the baby girl will bear her father’s name.

Having written about another extraordinary Marine Corps widow who gave birth shortly after her husband’s death, the road ahead for the McCollums will be difficult, but not impossible. Please say a prayer for this precious child, her mother and her grandparents as they embark on this challenging journey.

Iraq is still being protected from ISIS by thousands of American troops, several hundred of whom came under attack on the anniversary of 9/11. Fox News reported that a pair of explosive-laden Iranian drones were shot down by the U.S. military near the Erbil airport, which has been attacked several times by Iranian-backed forces. By the grace of God, there were no casualties or damage.

The bloody and chaotic withdrawal of U.S. troops from Afghanistan being complete does not mean that America’s war on terrorism is over. We cannot forget that 2,500 U.S. troops remain in Iraq or that approximately 900 are in neighboring Syria. Every day, these brave men and women face life and death situations while standing up to some of the world’s most evil terrorists.

To those in harm’s way and their families here at home: We remember your service, we appreciate your sacrifices and we pray for your safety.

9/11 held even more significance for 135 U.S. Army soldiers this year. In addition to being the 20-year anniversary of the worst terrorist attack in American history, it was also the day these valiant men and women were reunited with their families after honorably serving in Afghanistan.

Welcome home, heroes! Thank you for your selfless service to our nation.