Remembering September 11's 2,977 victims and the thousands more killed and wounded since the terrorist attacks. 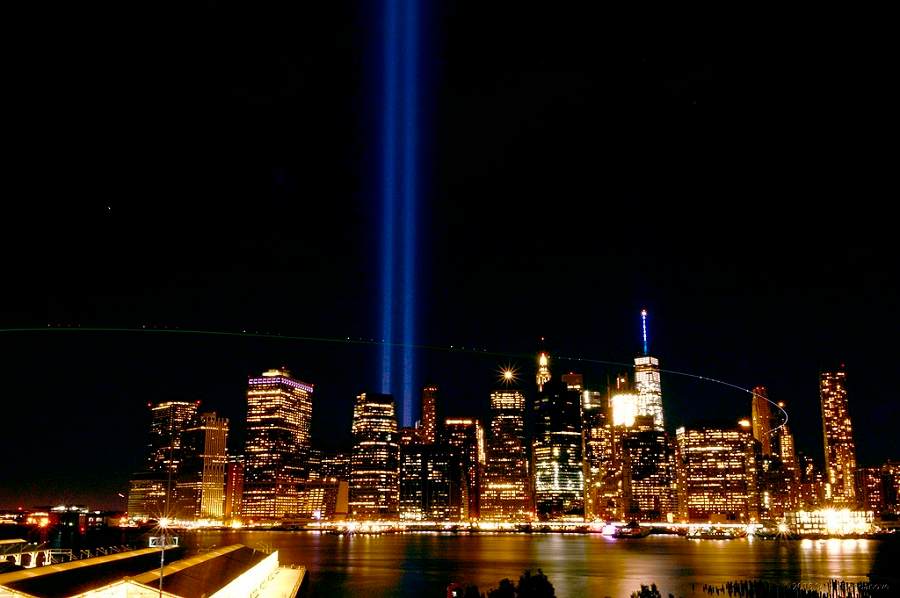 9/11 is about people. On this 20th anniversary, our collective focus should be on the 2,977 innocent victims, their families and the thousands of Americans who’ve stepped forward to serve and sacrifice since.

One of those heroes was Jeremy Wise. He was a medical school student on September 11, 2011, yet was so deeply affected by the day’s tragic events that he ultimately decided to trade in his white medical coat for a U.S. Navy uniform.

“Those people trapped in the World Trade Center couldn’t fight back,” Jeremy told his youngest brother, Beau. “I can.”

Jeremy would wind up serving three combat deployments before becoming a contractor for the Central Intelligence Agency. In 2009, Jeremy made the ultimate sacrifice during a top secret mission in Afghanistan while trying to save CIA officers from an al-Qaeda suicide bomber.

Today's #MondayMotivation comes from Jeremy Wise, who was in his final year of medical school when he decided to leave to become a Navy SEAL.

“Those people trapped in the World Trade Center couldn’t fight back," Jeremy said. "I can." https://t.co/1LHu8ynwvf pic.twitter.com/Yr6wX9u4NO

Like so many members of the U.S. military and intelligence communities, Jeremy took 9/11 personally and wanted to fight back on behalf of the victims and their families. Not since Pearl Harbor had there been such a defining and unifying call to service. Inspired by those lost and the heroic actions of firefighters, police officers and first responders, countless Americans wanted to step forward and do their part.

Fallen heroes like Jeremy Wise answered that call in clear and resounding fashion. The more than 7,000 Americans killed in war zones over the past 20 years honored those taken from their families on 9/11 by the way they lived and died. The many thousands more who have suffered physical and emotional wounds on and since 9/11 also more than did their part to ensure the voices of the victims were never extinguished. I know you will join me in asking God to comfort these heroes and their loved ones.

Earlier this week I saw a moving interview with U.S. Army 1st Lt. Alexandra Weisser. She was just a child when her uncle, New York City Fire Department Lt. Vincent Giammona, was killed in the World Trade Center’s South Tower on September 11, 2001. He died on his 40th birthday.

Inspired by her heroic uncle, now-1st Lt. Weisser applied to the U.S. Military Academy at West Point. Her appointment letter arrived on the anniversary of her uncle’s death. She is now a U.S. Army helicopter pilot and platoon leader.

“I was trying, I think, to continue on my uncle’s legacy after he died and fulfill that,” 1st Lt. Weisser said. “And then I think since I’ve joined, I’ve realized…working for what he died for, I really want to continue on what he lived for.”

Her uncle died in the South Tower. She joined the #USArmy to continue his legacy of service.

Every year since 9/11, the names of Lt. Vincent Giammona and all 2,977 people who lost their lives at the World Trade Center, Pentagon and the four hijacked planes are read aloud in lower Manhattan. The six people killed in the 1993 World Trade Center bombing are honored as well. Emotional ceremonies are also held at the Pentagon and at the Flight 93 National Memorial in Pennsylvania, where the first battle in the war on terrorism was won when brave passengers stormed the jet’s cockpit.

When I visited the National September Memorial in Museum in New York back in 2015, I was immediately struck by a quote by Virgil that is etched inside Memorial Hall: “No day shall erase you from the memory of time.” 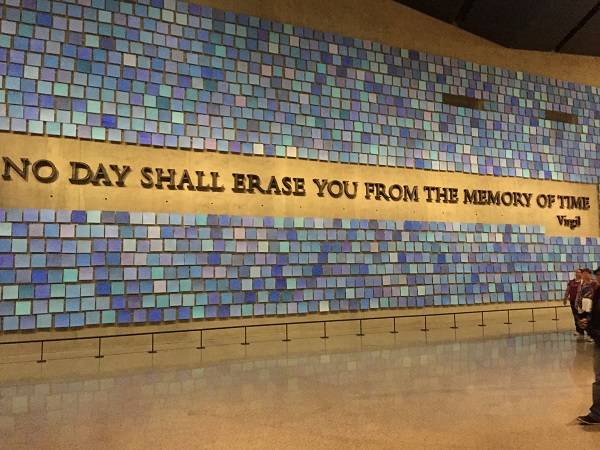 Memorial Hall inside the National September 11 Memorial and Museum in New York.

I have been thinking a lot about that quote over the past few weeks, especially during the chaotic U.S. withdrawal from Afghanistan. While there are still American troops serving in Iraq, Syria and other global hotspots, this is the first 9/11 anniversary without U.S. forces fighting in the country where 9/11 was planned.

While there is no doubt Americans will come together to honor 9/11 victims on the attack’s landmark 20th anniversary, what happens on September 12th? What about the 21st and 22nd anniversaries of 9/11 and the many days in between?

Ensuring that those lost on 9/11 and in the two decades since are always remembered is up to us. We can choose to forget and focus elsewhere or – like Jeremy Wise, Alexandra Weisser and thousands more like them – keep honoring the victims of 9/11 by the way we live.