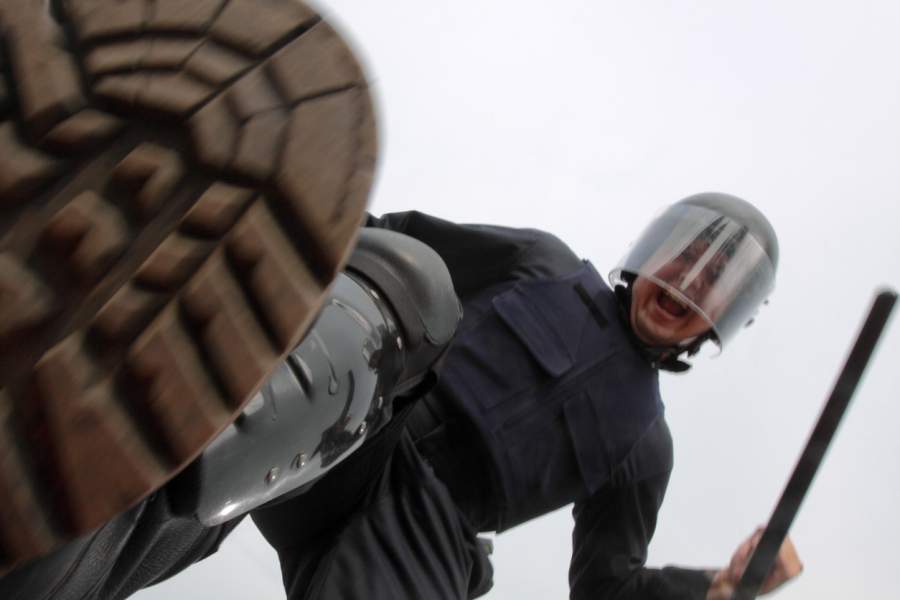 The left won’t live and let live. Its leaders and institutions waged a 60-year revolutionary struggle against Christian, middle-class culture. Because so many leaders of the right proved easy to cow, or bribe, or swindle, the left has triumphed. Completely, except for a few pockets of resistance here and there.

And now the revolutionaries have resolved to fully impose their power over us. To purge every nook and cranny of private or public life, from school to church to home, in 50 states of the Union, with no hint of mercy. Our leaders turned out as corrupt and bumbling as the generals in South Vietnam. But the left’s victorious cadres have proven as intolerant and fanatical as the North Vietnamese who stormed into Saigon. We are to be re-educated, and those who resist will be destroyed.

We Will Bury You. Your Leaders Will Buy Us the Shovels.

This means from top to bottom. Any conservative leader, or business, or activist, who rises out of obscurity and succeeds will be targeted and ruined. The left will accomplish this in a coordinated fashion, via censorship, boycotts, smear campaigns, and if need be street violence by mobs. Sadly, you can count on our remaining “leaders” to … panic, and try to collaborate with our enemies. They’ll toss our wounded over the side to the crocodiles, in the hopes of getting eaten last.

The Republican leaders in Congress who went along with the fantasy narrative that the January 6 selfie-fest at the Capitol was really the Reichstag fire? They were only the worst offenders. Before that, think of how the same Republicans joined the NY Times-led smear campaign against Rep. Steve King. Or how the same “conservatives” in Congress have treated Rep. Marjorie Taylor-Green? (Compare that to how the Democrats rally behind Ilhan Omar and AOC, no matter how radical their outbursts.) Remember how National Review led the cannibalistic feeding frenzy against Nick Sandmann? The list of sellouts and betrayals goes on and on. It culminated most recently in Texas Gov. Gregg Abbott licking the boots of Amazon and denouncing Gab.com. This scant days after he’d promised to “fight Big Tech censorship.” And scant months after Amazon singlehandedly blew up Parler.

No One Is Safe

The campaign to squelch, crush, and silence us is comprehensive, and extends to every level of society. No one is immune. Not self-made multimillionaires like Mike Lindell and successful conservative media companies. (Read how the marvelous, popular and utterly non-extremist Prager U is now being kicked off its media servers, in an effort to shut it down.)

The left demands unconditional surrender, and a thorough-going purge. Since everything they dislike is somehow “racist,” it might as well be “Nazi.” And what do we do with Nazis? Hang them when we can, but in the meantime punch them, silence them, try to ruin their lives and careers. That really is the level of moral discernment and nuance the left is preaching at Ivy League colleges and inside government agencies. These people have decided that America needs de-Nazification. (Read how Biden appointed a preacher of Marxism in blackface, Critical Race Theory, to purge the US military of “extremist” evangelical Christians and orthodox Catholics.)

Killing Off the Little Platoons

Not even ordinary parents in obscure American suburbs can live in peace. The “little platoons” that Edmund Burke and Alexis de Tocqueville identified as the backbone of ordered liberty? They must be ruthlessly crushed, and replaced with revolutionary cadres. That’s the only explanation for what’s happening to wife and mother Shannon McGinley. You see, Mrs. McGinley apparently committed a war crime: as a conservative Christian, she tried to help out at her kids’ private school.

As the NH Journal reports:

A group of Derryfield School alums, lead by activists in Los Angeles and Washington, D.C., is pushing the prep school to kick a local mom off the Board of Trustees because of her advocacy on behalf of her religious beliefs.

Shannon McGinley is well known in New Hampshire political circles as executive director of Cornerstone, a traditional Christian organization. She’s also a mother of five who has had children at Derryfield since 2009. McGinley has served on the board for eight years and is currently its secretary.

Silverman went on to argue that McGinley should be kicked off the board for the views she holds (“Are we deciding bigotry is an opinion?”), while reminiscing about her time at the school. 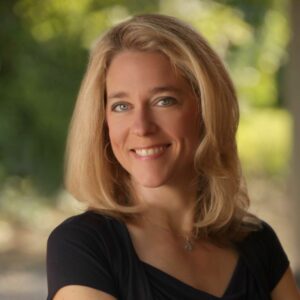 So Silverman’s myriad followers were solemnly informed that Mrs. McGinley runs some kind of cruel re-education camp where (legend tells) unwilling gay kids are subject to Cuban-style brainwashing or something. If that were true, it would indeed be alarming. But it isn’t. Every word of it is a lie, including “and” and “the.”

No such “gay conversion center” exists in New Hampshire, or ever has. McGinley has no connection with any such institution. She did oppose a bill that purported to ban “gay conversion therapy.” The bill would have prevented gay Christians from getting voluntary professional help informed by Christian faith. And a former Pete Buttigieg staffer is now leading a national campaign to oust McGinley. Silverman took her own shaky grasp of the agitprop, and ran with it.

Silverman has not apologized for her false, defamatory claims about McGinley, of course. The law only applies to conservatives and Christians, you see. And the board of Derryfield is duly caving to the pressure.

McGinley’s organization informed me that she couldn’t do an interview with The Stream about this. But they did pass along her letter to the board which she served faithfully for eight years, with zero complaints about anything to do with LGBT students.

I am writing in response to demands that I be removed from The Derryfield School Board of Trustees because I hold to and promote Catholic teachings on gender, sexuality, and marriage. I am of course saddened that I am facing a discriminatory and hateful personal attack. But I am far more troubled by the possibility that the school I have loved for many years may capitulate to these demands — an act that would reward intolerance and set an example of bigotry to the students and community I care deeply about.

[T]hose attacking me not only believe in legally sanctioning speech they disagree with but in systematically removing those like me from civil society for opposing them. I invite you to ask yourselves whether their monolithic intolerance or my religious faith is more compatible with Derryfield’s commitment to diversity.

It’s worth trying to hold the left to its own hypocritical claims. But don’t get your hopes up. We know perfectly well that leftists don’t believe in “diversity,” apart from ethnic and sexual bean-counting. They want uniformity, purity, perfect accord, of the kind found in termite colonies and promised in Utopias like Marx’s or Hitler’s.