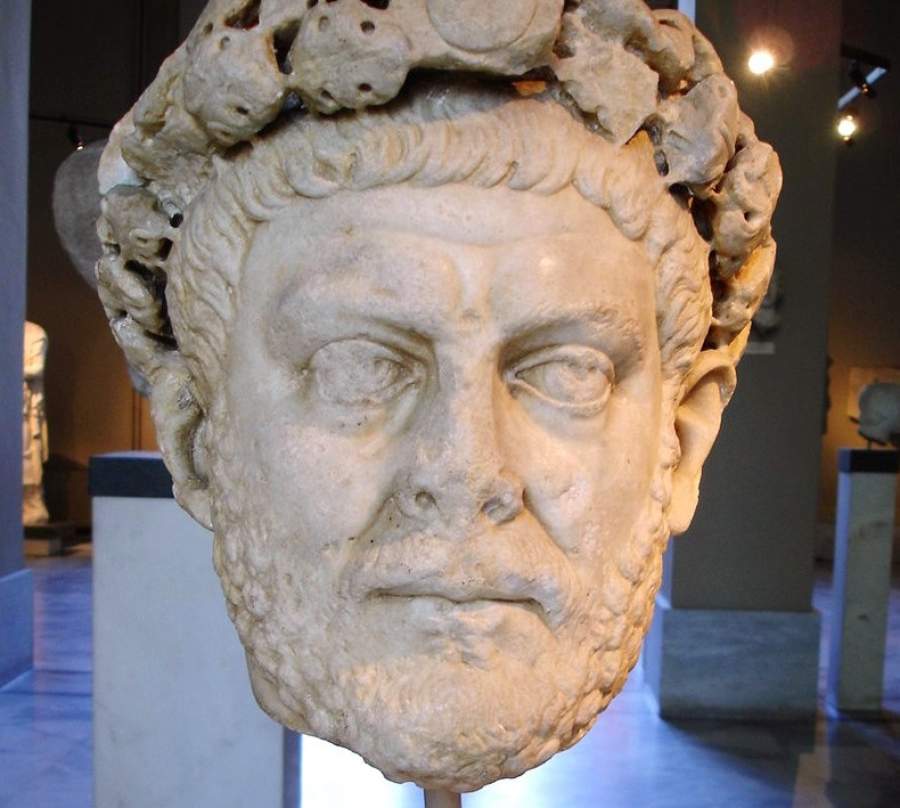 The Emperor Diocletian, who imposed the most severe persecution of Christians in Roman history.

Let me start with a clarification. NeverTrump Christian leaders believe that many of us have confused Donald Trump with Jesus Christ. So they feel constrained to repeat that, over and over again. So I’ll reiterate: Donald Trump is not Jesus Christ. He’s just a man, not even a prophet or a divinely-anointed king. He’s a political leader, that’s it.

Some of us got confused, since we haven’t had a single political leader on the Right since Ronald Reagan. Just a series of stuffed shirts and strawmen with tinny amplifiers duct-taped between their tin hearts and Styrofoam heads. Then a real, live leader appeared who could actually move people to the Right, as Clinton and Obama could to the Left. And some of us reacted like members of a cargo cult who thought they’d spotted an airplane. We got a bit agitated. We made a little landing strip out of coconuts and palm fronds, and started chanting “MAGA!”

Some of us thought that conservatives should try to conserve the country, the Church, and the family. So we began to actually hold some Republicans in office to their pro-family, pro-life, and patriotic boilerplate. But that’s stuff their speechwriters always scrawled in as afterthoughts. They’d meant that as “red meat for the rubes,” of course, and nothing more.

We discomfited those Republicans who think the party’s job is to take orders from the Chamber of Commerce. Then dumb them down into monosyllabic words, wrap them in the Stars and Stripes, and explain to the State Fair crowd how they should vote. We didn’t get that memo.

For that we repent, though our “betters” in the Church will never forgive us. In fact, some of them, like Erick Erickson, want police to do things like shoot us down in the street.

That seems a bit harsh to me. But I’m grateful to Erick for finally opening up and letting us know how he really feels. The brilliant conservative scholar Paul Gottfried sums up the full-on meltdown of some self-styled “conservatives” in the wake of a ruckus in the Capitol building that one rogue cop and a few rogue protesters turned into tragedy.

On balance, the actions by pro-Trump forces were not particularly useful for our side, and the death of the lady veteran was nothing short of disastrous. But let’s not pretend, like Rod Dreher, John Podhoretz, George Will, Erick Erickson, and most of the usual suspects that Wednesday’s occupation of the Capitol after a very impulsive speech by the president was a horrible black mark on the Right.

According to these media celebrities, we should be impeaching Trump right now, less than two weeks before the presidency falls to a corrupt, senile political hack, on its way to being turned over to Kamala Harris. We have a duty to punish our side because unlike the other side, we should be especially virtuous and shun any conflict, except of course with the American Right.

Carte Blanche for Antifa, an Iron Fist for Christians

We all observed last spring how the Left treats its minions when they get out of control. When they set fire to historic churches. Or burn whole neighborhoods down, even murder Trump supporters. Leftist leaders don’t throw their zealots under the bus, much less claim that a few bad apples discredit their causes. Not even crackpot ones like “Defund the Police” or “Systemic Racism” conspiracy theories going back to 1619. Nope, not at all.

Blue-state mayors and governors let arsonists and rioters out without bail, so they could burn and smash again. When three rioters tried to kill Kyle Rittenhouse, local leftists charged him with murder for defending himself. The same treatment drove Jake Gardner to suicide: death by malicious prosecution. When he committed suicide, a state senator went on Twitter to gloat.

Kamala Harris didn’t try to restrain the riots. She praised them. Michelle Obama threatened Americans that if we didn’t elect Joe Biden, they’d get even worse. Joe Biden didn’t tell blue-state governors to wield their National Guards in defense of terrorized citizens. Nobody blamed him for that, except Chris Wallace during the first debate.

But a tiny percentage of a perfectly peaceful march goes rogue at the Capitol? The whole Trump movement must die, according to the fainting couch Christians and country-club Republicans who wanted it to die four years ago, too.

The First Rule of Vichy Club: You Don’t Admit You’re in Vichy Club

It does indeed appear as if many NeverTrumpers are eager to see their rivals for control of the GOP discredited, crushed, humiliated, and in some cases even dead. I reflected this morning that given the full-on persecution which Biden’s allies have in mind for faithful Christians, it’s odd how the outrage of some Christian leaders is reserved for … overly exuberant allies.

There are only two possible explanations for people adopting such a cringeworthy double standard:

I’m not sure which alternative I find more repugnant. But I do know one thing. I won’t let these people gaslight me. I won’t pretend I think they’re “purer” or higher-minded. Or that it takes “courage” to side with Google, Twitter, the Deep State, Antifa, and Communist China against beleaguered Christians and outraged patriots.