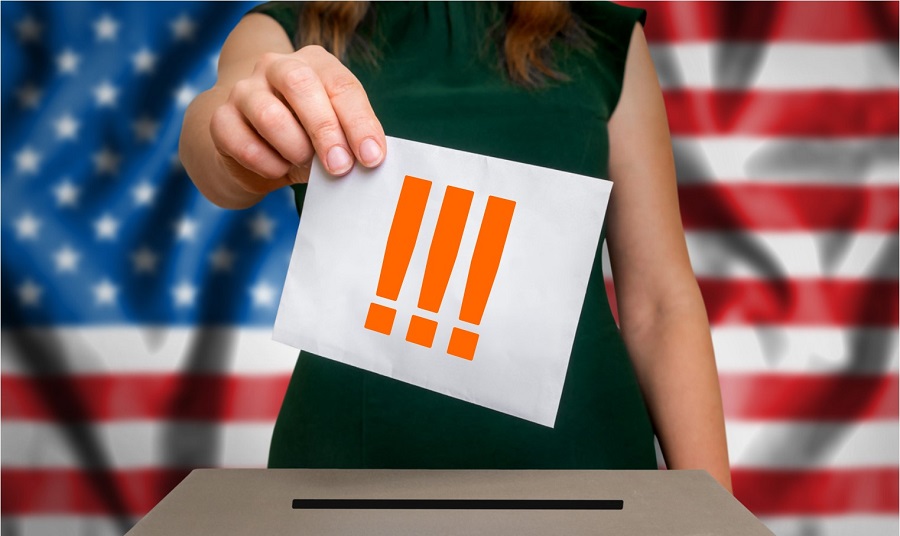 My first article for The Stream was entitled, “The Spiritual Dangers of a Trump Presidency,” my most popular essay here so far. I did not treat the former reality star gently:

“If we Christians help elect a self-regarding narcissist, a cruel, dishonest libertine who spews venom at reporters and competitors alike, American Christianity will rightly be weighed and found wanting in the sight of the world.”

I do not repent of anything I said in that article. Almost every time the president opens his mouth, he makes me miss Ronald Reagan or wish Ben Carson had won.

Nevertheless, I plan to vote for Donald Trump this November, and against every Democrat in sight. I urge you to do the same, as you love your country.

American politics today is like two pilots fighting for control of the Titanic. One is dancing on deck, declaring a “block party” and a “summer of love” as the ship of state careens towards a mountain of ice that will send us to the ocean floor. The other, however obnoxious and self-regarding, is trying to steer us towards open water.

Over the past two months, the Democrats have not merely proven themselves unworthy of the captaincy of this ship of state, they have betrayed our nation in astonishing ways.

Democratic politicians have stood by and watched a home-grown Taliban burn buildings, loot shops, and tear down public monuments. The Speaker of the House of Representatives, the second most-powerful leader in the country, announced, “I don’t care much about statues . . . People will do what they do.” Nancy Pelosi sounded like a teacher who thinks her job is to get the cool kids, the class bullies, to like her, not to create a safe learning environment for those they bully. She reminds me of Mr. Green, my history teacher, who, when kids had taken the cover off a baseball and thrown it around the room until the yarn crisscrossed our classroom, meekly picked up the ball and tossed it himself.

For that one remark alone, America should vote every Democrat out of the House of Representatives. By declaring her indifference to such violence, Speaker Pelosi betrayed the very concept of a nation of law. No doubt she recognized her voters among the mobs, and wished to placate them.

While many officials similarly abase themselves, perhaps the nadir of acquiescence to gang violence came here in Seattle, when Mayor Jenny Durkan and the City Council abandoned part of the city, and a police station, to rioters. Durkan described the Capitol Hill Autonomous Zone as a “block party” and prophesied a “summer of love.” After several shootings and two deaths, plus a protestor killed on I-5 a few blocks away, which officials allowed rioters to control for weeks at a time (though it had been built by taxpayer funds), the Seattle City Council knelt to the mob. They voted to cut police spending in half. In similar ways Democrats across the country made it clear they are on the side of the “cool kids,” and couldn’t care less about ordinary citizens.

Democratic governors like Gretchen Whitmer of Michigan have also shown that they don’t care about equality before the law. When some Michigan residents protested the Covid-19 shutdown, Whitmer shook her finger and said, “This is not appropriate in a global pandemic.” She called right-wing protests “racist and misogynistic,” and warned of “calls to violence.” But when her own base took to the streets in a movement that included not the imaginary threat of violence but the genuine rioting, looting, attacks on police, and burning of buildings, Whitmer joined the protestors.

Three months ago, 78% of Americans, including most African-Americans, agreed that the police did a pretty good job of serving the public. Now Democrats vie with one another to shame, degrade, insult, and defund the cops, even as children are shot in the streets, business owners are terrorized, and inner-city neighborhoods lose jobs that could give families a chance.

This is a betrayal not just of hard-working police, but of society. By placating mobs and gangsters, the Democratic Party shows that it cannot be trusted to run a doghouse, let alone boulevards where innocent folk walk at night, or residential neighborhoods where old ladies try to keep apartments drug-free.

Worse yet may be the Democratic embrace of thought control. In the humorless and ruthless “cancel culture” of our day, you can get fired for saying “All lives matter.” The curator of a museum lost his job and was called a “white supremacist” because he noted that while the museum would buy more works from minorities, of course they would also still purchase art by white people! A Cornell professor was censured for criticizing Black Lives Matter. More people seem to get fired every day for such thought crimes. The Left has created a climate of terror that has spread from universities to board rooms and the media. Would Joe Biden’s Justice Department stand against these witch hunts? Don’t make me laugh.

We are told that the Black Lives Matter only talks about Americans of one race, not because they are racist, but because that is the house on fire. Sorry, I don’t believe that story. Read Robin DiAngelo’s repugnant White Fragility, which has become the Bible of the New Racism. In fact, the American Left has now embraced the most rampant and shameless racism. College student leaders resign in shame for their skin color. The very word “White” has become a pejorative.

Why, over the past four years, have phony racial incidents gone viral so quickly and so often? Why are fake stories about nooses, hate letters and death threats consistently picked up by the Washington Post, CNN, and other leading media outlets in an election year?

The Left needs racism, as a heroin addict needs his next fix.

Cultural Marxism and the Soul of America

What should we call the iceberg that America is headed towards? Having studied Marx and lived in both Soviet and Chinese societies, I recognize Marxist influence on this movement: Group guilt. “Justified“ violence. Public confessions of thought-crime by those who have been fired. It’s a rejection of Christian and other traditional moralities, including the concept that people be judged “on the content of their character.” But the movement also exhibits a Nazi-like obsession with race, and makes use of what French academician Rene Girard called “scapegoating.”

Whatever you call this spiritual sickness — neo-Marxism, Critical Studies, Intersectionalism, a Woke Awakening — it has now metastasized and infected the most powerful institutions in America. “That Hideous Strength,” C. S. Lewis presciently called such a movement, in a novel of that name centered around the corruption of the university, which then spread through media and government.

America faces many challenges in 2020: pandemic, recession, growing national debt, the rise of a powerful competitor in East Asia.

But it is our soul that worries me most. I had thought that while American families were falling apart, abortion was legalized up to the moment of birth, and we were denying even the categories of “male” and “female,” at least we had turned away from the sin of racism. Now the Left has tossed even that progress aside with contempt.

The 2020 election must now answer one question: should America become like CHAZ? Or should we seek a different path?

In That Hideous Strength the supernatural forces of good chose a surprising vessel to challenge the power of corruption: a man of dubious spirituality and violent temper, a man so culturally-disconnected he seemed almost from another world: Merlin the magician.

I will have to force myself to vote for our orange-haired Merlin. These Democrats have shown they are not now fit to govern a chicken coop. In 2020, let us persuade our fellow Americans, if not to cheerfully support Donald Trump, at least to fight with all our might against the Hideous Strength that the modern Democratic Party has become.