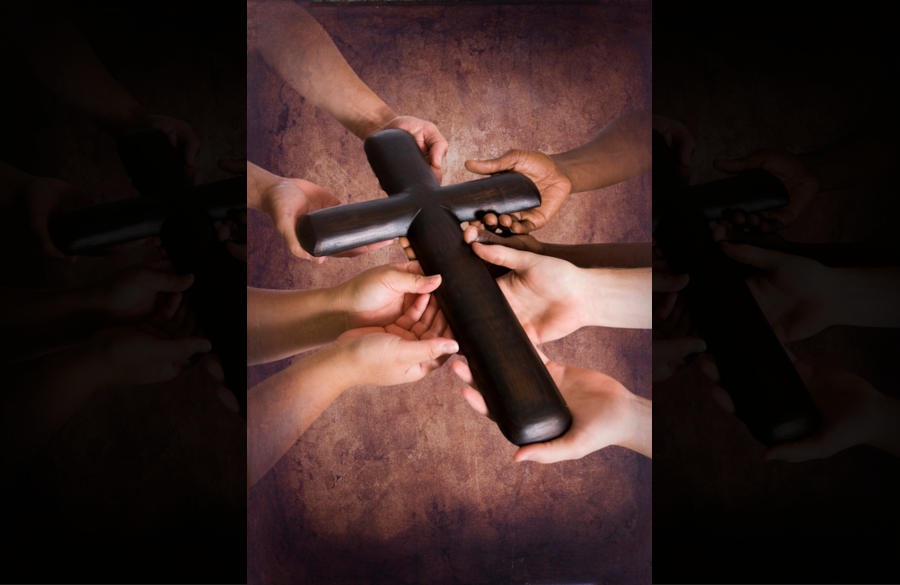 Ed Stetzer says it’s time now for a reckoning among evangelicals. A prominent author and researcher, one whom I have admired, Stetzer wrote it as an op-ed in Sunday’s USA Today. I agree: There is a reckoning come our way. It’s coming for all of America, but especially, I expect, for followers of Jesus Christ.

Stetzer thinks it’s because of pro-Trump evangelicals. I think there will be a lot more to it than that. The Left is coming into unprecedented power in America, and believers will feel the heat of its anti-Christian hostility. We will need to be united as we have never been before — which is why I must speak to Ed Stetzer, and to other NeverTrump evangelicals. There has been hostility between evangelicals on account of Donald Trump. It must stop. We need to unite. Now.

Stetzer is irenic enough not to suggest (as some have) that pro-Trump evangelicals have all bargained our souls away to gain earthly power. Nevertheless his op-ed echoes many of their themes, and in some ways his tone does, too. His prayers lead him, he says, toward these words of Martin Luther: “Toward those who have been misled, we are to show ourselves parentally affectionate, so that they may perceive that we seek not their destruction but their salvation.” The paternalism is — oh, how shall I put this nicely? — not very well hidden there.

We were “fooled,” he says. We “tolerated egregious behavior,” and “failed to live up their promise of speaking truth to power.” We’ve “failed to foster healthy political discipleship.” That last fault he assigns (and rightly so) to all evangelicals, not just Trump supporters.

But the root problem is “our inability to live up to our calling as evangelicals: to righteously, prophetically, and compassionately proclaim the gospel of Jesus Christ to the world.” I think he may be including NeverTrumpers in that, but only just barely. If we’re due for a reckoning, it’s mostly because many of us supported Donald Trump. If only it were that simple.

I believe the NeverTrump stance was wrong and damaging, but I can at least see how another believer could consider it viable. I have a harder time with those who say NeverTrump was the only possible Christian answer, partly because it isn’t, and partly because some of those people have virtually dis-fellowshipped fellow evangelicals for supporting Trump in any way. That’s wrong.

I speak as an evangelical who spent 36 years as a fully supported missionary. I am as always fully committed to the truth of Jesus Christ. I spent much of the Trump era studying and writing about Him, and if it came to it, by God’s grace I would be willing to die for Christ.

It’s not that simple. It never has been. Let’s give each other grace for hard choices.

Some evangelicals may have sold out for power. Not those with whom I work here at The Stream, though. Not those I worship with at church, either, and not even those I connect with on social media. I am absolutely not interested in selling out, any more than Ed Stetzer or any other NeverTrump evangelical. We follow Jesus Christ. That is the basis for our unity, now as always.

So one last time (I hope) I intend to show how a committed follower of Christ could have supported Donald Trump, and how it wasn’t necessarily the witness-killer some said it was. This isn’t for the purpose of politics anymore; it’s for the sake of Christian unity.

I’ll begin by looking at the mud stuck on Trump. It’s not that simple. If only it were.

Stetzer says we “tolerated egregious behavior.” Which egregious behavior, I wonder? His mistreatment of women? That stopped years ago, as far as we know. (I do wish he’d spoken clearer words of repentance.) His “racism”? That word has been badly overused in his case; Biden even accused him of being “xenophobic” when he shut down travel from China last winter.

Are we talking about Trump’s tweets? Many of them were rude, many unwise. I don’t know any evangelical who would say otherwise. Or is it about his harsh words toward Democrat leaders or the news media? More often than not, that was Trump himself speaking truth to power. It may not have needed to be said that badly, yet much of it badly needed saying.

I am not saying the question has no answer; that everything Trump said and did was right and good. I’m saying the all-bad narrative is seriously overstated. (Did I mention this wasn’t simple?)

The world has noted only his weak side. What strength of character did it take, though, to sustain hope and keep smiling through four years of corrupt allegations of “Russia collusion”? What kind kept him going so strong through a trumped-up impeachment hearing? What can you say about a man who (almost) never gave in, despite years of non-stop misrepresentation, opposition, even hatred from the supposedly “objective” major media?

That was Trump himself speaking truth to power. It may not have needed to be said that badly, yet much of it badly needed saying. (Did I mention this wasn’t simple?)

Through all that bitter opposition, he made it in good spirits — almost. Not quite, sadly. Last Wednesday was a very poor showing. You and I would have folded years earlier. You say leadership requires character? Of course it does, and let’s not act as if Trump had none! Yes, his great strength came with great flaws. Such it is to be human. But it also allowed him to accomplish real good, even while sustaining an incredibly long and constant barrage of hateful attack.

The good he did brings us back to the other reason for supporting Trump, the one many of us have been explaining for years: If he was a bad choice, the others were worse. (I think I was saying these things weren’t simple, right?)

From Hillary Clinton to Joe Biden and everywhere in between, the Democrats represent the American Left, or (in Biden’s case, perhaps) they represent power being granted to the Left. This is the Left that has been growing increasingly hostile to Christianity, to sexual morality, to sound reasoning about sex and race, to the unborn, and to Christians themselves.

I didn’t support Trump against other Republicans in the 2016 primaries, and given the same options, I’d still choose someone else. And yet… I have come to think he was likely the only on that stage who could have — and would have — stood up to the Left as long and as strong as he has. He alone may have had the particular character strength needed to do that (along with the associated flaws). Even against other Republicans, then, he may have been our least-bad option all along. Maybe. Bad, yes, but still least bad, for the job that needed doing. Not simple.

Still it looks bad for pro-Trump evangelicals. I’ll accept some blame for it. These choices have been hard; I can’t know for sure I got them all right. I do want to make sure at the same time that no evangelical is taking all of our poor reputation at face value. Much of it I will quite confidently assign to enemies of the faith who have taken bits of things here and there and magnified them into out-and-out lies about us. Katherine Stewart, Michael Rea, Kristen Kobes Du Mez, and of course the Freedom from Religion Foundation come quickly to mind, as I’ve written about them relatively recently, but they are just a few among many.

Things are soon likely to get hard in entirely new ways, and we’re going to need each other.

Sometimes I’ve gotten the impression that NeverTrump evangelicals want us all to live with so much love and wisdom, the world won’t have anything to criticize us about. Jesus told us that was never going to happen, though, so I’m not about to make it my project. If it weren’t our politics, if it weren’t the support some of us gave to Trump, it would have been something else. Deceit and hostility will do what deceit and hostility will do.

From Here to Unity

So why do I say all this all over again? Am I trying to defend myself and other pro-Trump evangelicals? Not exactly. (Sorry, but it’s still not that simple.) My real hope is to show that we are not as distant from #NeverTrumpers as some of them seem to think we are.

We still follow Jesus Christ, to the best of our wisdom, as God gives grace. I trust #NeverTrumpers do, too. We came to different answers on a very complicated question, one fraught from the beginning with risks and unknowns, which arose in context of almost unbelievable hostility against both conservatism and Christianity.

It wasn’t easy. I’m not saying our side was all right. I’m also not willing to say it was all wrong, even in light of Trump’s admittedly very poor choices last Wednesday. It’s not that simple. It never has been. Let’s give each other grace for hard choices, okay?

Because things are very likely to get hard in entirely new ways, and we’re going to need each other.