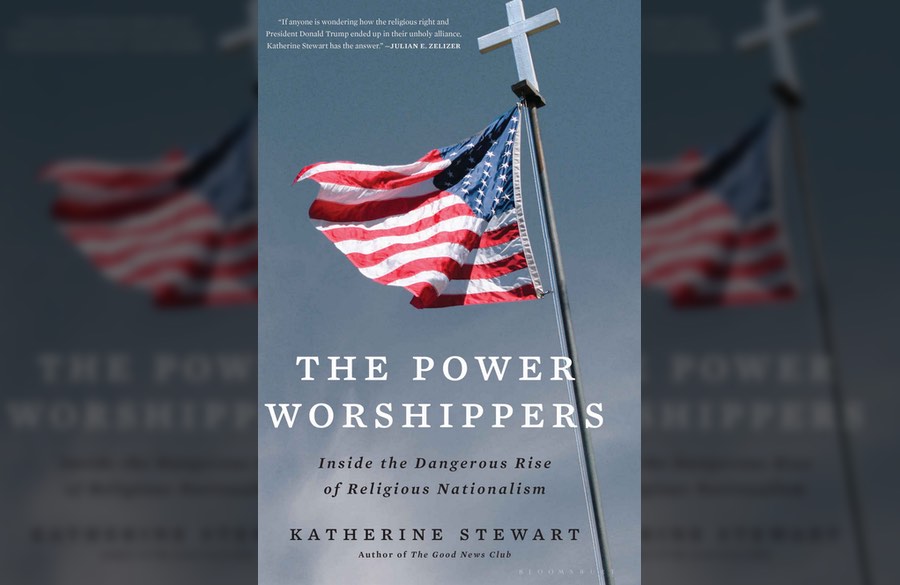 Katherine Stewart has spent years studying American Christianity, prior to writing her best-selling anti-Christian screed The Power Worshippers: Inside the Dangerous Rise of Christian Nationalism. Years. And still she thinks conservative Christianity is nothing but politics and power, nothing but reactionary bigotry, nothing but manipulating religious language to worm our way into theocratic control.

If she’s right, we’re in trouble. No one knows better than we do how Jesus hated hypocrisy. But in fact she’s totally tone-deaf. She’s so caught up in the strident drumbeat of politics, she can hear no other music — least of all the music of Christian life and values.

I first ran across her book through an interview she did with atheist blogger Valerie Tarico. In it she spoke of “version of dominionism” she calls “Christian nationalism.” And she places this “dangerous” movement right in the heart of conservative Christianity. It’s no side street, not off on the fringe; it’s every believing evangelical and Catholic.

For Stewart, conservative Christianity equals religious nationalism, and they both equal nothing but politics. As she told Tarico,

Christian nationalism involves the claim that the foundation of legitimate government in the U.S. is bound up with a reactionary understanding of a particular religion. So it is an anti-democratic political ideology, as well as a device for mobilizing people and concentrating political power.

“It shares features,” she ways, “with forms of religious nationalism around the world, where leaders bind themselves to religious conservatives to solidify a more authoritarian form of power.” Two of her examples: Iran and Turkey.

Tone-Deaf to Anything but Politics and Power

And its core motivation is neither spiritual nor moral:

It is a mistake to think that the culture war is driving the politics, that this is just a grass-roots expression of social discontent. So-called culture war issues have been cultivated and exploited for securing a certain kind of political power.

Pray for the tone-deaf, that they might hear the real music.

Now admittedly, evangelicalism is a mixed group, to be sure, and some leaders have wrong motivations. My Catholic friends own the same as true of their religion. Still there’s no better group in the world to identify wrong motives as wrong. It was Christianity, after all — following the Hebrew prophets’ lead — that first showed the world that humility is higher than arrogance, and that true greatness follows upon true servanthood.

Katherine Stewart is tone-deaf to that.

Tone-Deaf on Ministries of Mercy

She’s annoyed that Catholic hospitals won’t do abortions, especially since, in some states, more than 40 percent of hospitals are Catholic. For her that’s Catholics grabbing hold of power. It never occurs to her that there’s something good about starting hospitals, for which Catholics might be granted some credit.

Or does she think they founded all those hospitals after Roe v. Wade, to control the women’s health care market?

Her story of Christian strategist Bill Dallas illustrates it well. He’d grown up with an “alcoholic and depressive” father. As a teenager his “self-doubts were all-consuming.” He grew up to be successful in business but not in family: “His life was focused on being ‘the bad boy party animal of the Bay Area.’” And ultimately not in business, either: He was convicted of embezzlement and money laundering, and served time in San Quentin.

There he “deepened his connection to his faith,” as Stewart gingerly puts it. That faith launched him on a turnaround. He left prison “mentally, physically, emotionally, and spiritually fit.” He quit his “OCD behaviors.” He found a way to make a living, determined to pay back not only what he’d stolen but also his fines, one of which was $750,000.

And the only good Stewart can think to say of all that is that change in Dallas’s life is that it put him “in the cockpit of Christian nationalism’s taxpayer-subsidized, data-driven voter turnout machine.”

Christian nationalism is all nationalism, zero “Christian,” in her barely concealed view. “A great many people who identify as Christian oppose the movement.” And conservatives’ doctrines are “modern,” she says, despite their “purported origins in ancients texts.”

When she speaks of our “biblical” values, it’s always in scare quotes. It’s because our values really aren’t biblical; instead they’ve been “carefully shaped” to “serve the emotional needs … of adherents, the organizational needs of … clerical leaders, and the political needs and ambitions of … funders.”

Funny thing: Early in the book she’d said she’s “not interested in judging other people’s religious beliefs.” Don’t see that as contradictory, though. For her it’s perfectly consistent, as she doesn’t see evangelical activism as religious. Rather, “Christian nationalism is … a device for mobilizing (and often manipulating) large segments of the population and concentrating power in the hands of a new elite.”

So what do we say to all this? I don’t see a need to refute a word of it. Others may need to hear a rebuttal, but not the majority of Stream readers. I only need ask, Does any conservative Christian reading this recognize any of it? Does your church, your small group, exist only for political purposes? Is it earthly power that you worship? Is that all your devotional life is about? Does Jesus Christ mean nothing to you, but only Donald Trump’s re-election?

That’s how Katherine Stewart sees you. You and I aren’t driven by faith or love, but by hatred, bigotry, and a need for theocratic power. She thinks that makes us “dangerous.” No, that makes her tone deaf.

I know evangelicalism from the inside, and while I’m well aware of our many weaknesses, I also know our primary motivation is to know and to follow God through Jesus Christ.

It’s hard to fathom how anyone could miss that reality. It’d be like hearing the Hallelujah Chorus and thinking it’s only drums beating. It’s absolute tone deafness.

Either that, or it’s someone inside whose head there are drums beating, beating, beating the message that all of life is political, that every public act is an act of power, and no one who disagrees with her could possibly have any drive except hate. Which she knows with certainty, because they disagree with her.

Pray They’ll Learn to Hear the Music Instead

Yet there are lessons here for us. First, this book is an attack on American Christianity — on our churches, our spiritual lives, our moral and social values, and our worship of God in Jesus Christ. It’s a best-selling attack. We can’t let its lies hinder us from moving forward with courage, persistence, and love.

Second, Katherine Stewart’s tone-deafness to spiritual realities should remind us now intensely spiritual this struggle actually is. Not that we would try to impress her by acting more spiritually; she’d be deaf to that, too, even if our actions were genuine. Rather we need to undergird our activism all the more with prayer and genuine worship — worshiping God, not (as she charges) any earthly power.

Pray for the tone-deaf, that they might hear the real music.