October is Down Syndrome Awareness Month, dedicated to celebrating individuals born with Trisomy 21. 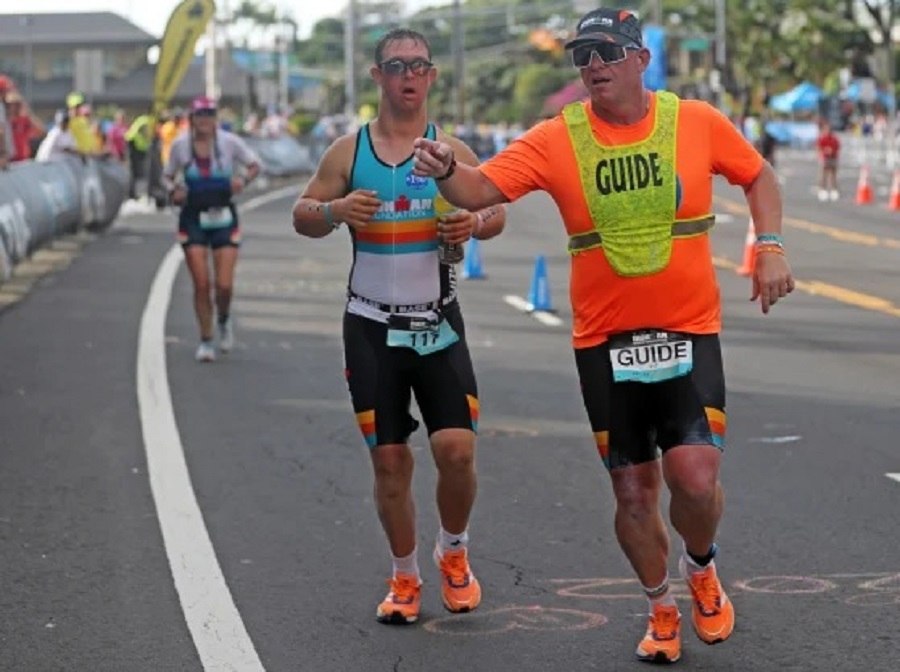 Chris Nikic and his guide, Dan Grieb, compete in the 2022 IRONMAN World Championship in Kona, Hawaii.

By now, you’ve probably heard of Chris Nikic. The 23-year-old athlete has inspired millions by breaking barriers for people with Down syndrome, from running marathons to giving stirring, nationally televised speeches. Chris also recently wrote a book with his father, Nik.

During the month of October, which happens to be Down Syndrome Awareness Month, Chris has been back in the headlines after becoming the first person with Down syndrome to complete the IRONMAN World Championship triathlon. He finished arguably the world’s most challenging race — which involves running, swimming and biking — in less than 17 hours.

Chris knows he is setting an example, particularly for those with special needs and their families.

“The message would be simple: If they’re willing to work hard, to get 1% better, you can (achieve your dreams),” Chris recently told NBC’s TODAY Show.

As the parents of a 2-year-old girl with Down syndrome, my wife and I have been watching and cheering for Chris. We bought his book and can’t wait until Natalie is old enough to read it and be inspired.

Something Chris’ dad said during the TODAY interview also struck me.

“We’re anchored in a certain belief system around Down syndrome,” Nik Nikic said. “But it is changing because we’re seeing parents of kids with Down syndrome are not buying the narrative anymore.”

I have written about how lost and lonely my wife and I initially felt upon learning that our daughter would be born with Trisomy 21. We were so frightened at first that we briefly considered giving Natalie up for adoption.

More than two years later, it’s impossible to imagine having taken that step, but it’s nevertheless a window into the wide variety of emotions experienced by some parents of children with special needs. Like Nik said, our job is now not only to raise a healthy and happy child, but to keep changing the narrative about Down syndrome.

While it’s not always easy having a daughter with special needs, it’s a lot easier than I thought it would be. That’s because witnessing Natalie’s milestones — including recently traveling to New York to see her picture on a massive monitor in Times Square — makes everything worth it. No number of therapies or doctor’s appointments could subtract from the feeling I get when Natalie puts out her arms, gives me a huge smile and says “Dada, hug!”

By putting himself out there in public, Chris Nikic is giving countless children like Natalie a virtual hug. His amazing accomplishments remind families like ours that, for their child with Down syndrome, anything is possible.