Having a child with special needs is not only a challenge from God — it's also a blessing. 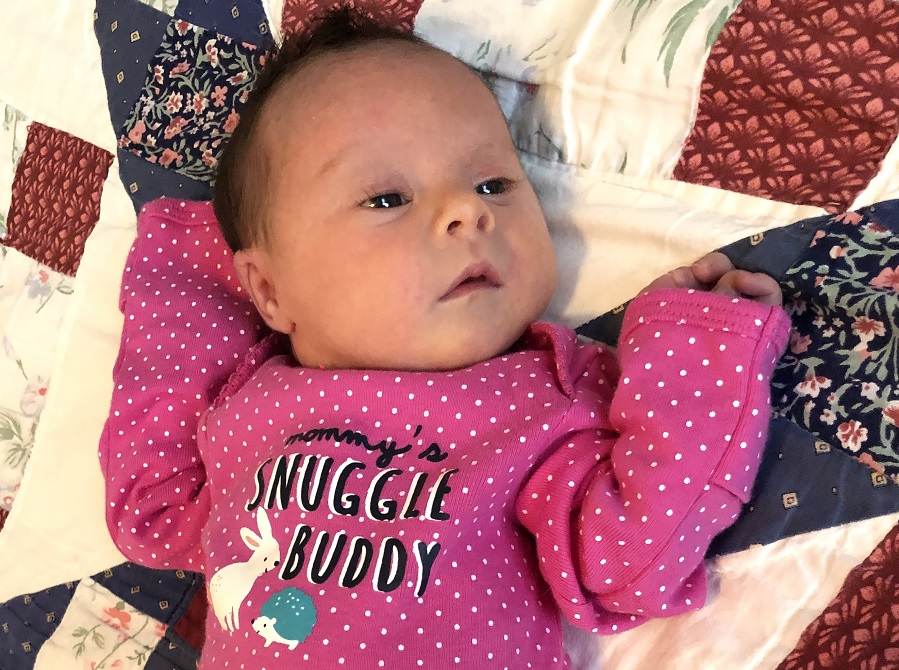 Natalie Josie Sileo was born on February 4, 2020, in Boca Raton, Florida. She has Trisomy 21, or Down syndrome.

I will never forget my cell phone ringing while my family was preparing for a hurricane to strike South Florida last year. The voice on the other end of the line brought news of another gathering storm: our baby girl would be born with Trisomy 21, or Down syndrome.

There were no limits to the range of my emotions during those first few days. “I didn’t sign up for this,” I selfishly told my wife, more than once. “Punish me, not my daughter,” I said to God. For weeks I was filled with confusion, denial, doubt, anger and fear.

Early in my wife’s pregnancy, I secretly hoped for a miscarriage, for which I am deeply ashamed. I thought my youngest daughter was doomed to a short, painful life that would only be worsened by parents who didn’t know how to take care of her. As we would later find out, I was completely wrong.

Before the Lord revealed the error of my ways, I asked my wife to seriously consider the unthinkable: choosing an adoption plan to place our youngest daughter with another family.

The challenges we faced seemed daunting, if not downright impossible. In my foggy, grief-stricken mind, we lacked the time, financial resources and (in my case) patience to spend the rest of our lives caring for a person with special needs. At the time, I thought the best thing for our child was giving her to a family better equipped to raise a child with Down syndrome.

Just when I thought we were close to making a decision that we could never take back, God — along with three key sources of counsel and compassion — began to intervene.

When we first stumbled on the National Down Syndrome Adoption Network (NDSAN), we had just started exploring what I thought was the remote possibility of finding a family with the experience and willingness to raise a child with special needs. We never could have envisioned where reaching out to this noble non-profit would lead.

My wife and I were stunned to discover that if we ultimately chose an adoption plan, there were many families around the country eager to welcome our child into their home. If being born with an extra chromosome was as debilitating as I initially believed, why were so many folks lining up to adopt kids with Down syndrome?

It might seem surprising, given the foundation’s name, but NDSAN never pressured us to choose an adoption plan. Instead, they gave us the tools we so desperately needed to know what it was really like to care for a child with Down syndrome. It would be difficult, we soon learned, but far from impossible.

Also, a local genetic counselor connected us to the Enck family. They had two young children, one of whom was three-year-old Sundy, who has Down syndrome. To our surprise, they were actively looking to add another child with special needs to their beautiful young family.

“Congratulations on your baby girl!” Kierra Enck wrote to my wife last fall. “I’m leaping out of my seat right now wanting to hug you, cry with you and tell you I know every feeling you’re feeling; the confusion, the fear, the unbearable weight of this decision and the consuming guilt for even feeling it.”

Kierra and Brent Enck never once tried to steer us toward or away from choosing an adoption plan. Instead, they helped us understand that while having a child with Down syndrome would change our lives, it would be almost entirely for the better.

“All of our stories are different. All of our kids are different,” Kierra wrote. “None of us can tell you what your child will be like. We can though pull you in, squeeze tight, show you all the possibilities and promise to be a soft place to land.” 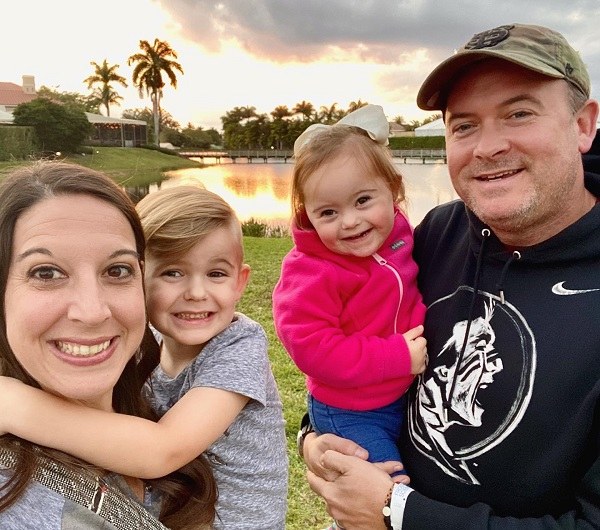 Sundy Enck is among the sweetest children I have ever met. Her parents adore her. And, as I recently witnessed, she brightens the day of everyone who crosses her path. How could we not want a child like her in our lives?

“It was a terrifying journey and one I wasn’t sure would pull us together or tear us apart,” Kierra wrote about her and Brent’s experience. “We couldn’t love her more and trust more in our marriage to survive anything. Sundy is absolutely perfect and we could not imagine our lives without her.”

Moments after I told my superiors at The Stream about our daughter’s prenatal Down syndrome diagnosis, I received word that James and Betty Robison would like to speak with us. James and Betty have prayed with presidents, yet cleared their busy schedules to comfort my wife and me during the most crucial moment in our marriage.

While we had already decided to raise our daughter by the time we spoke to James and Betty, their passion for children with Down syndrome gave us an overwhelming sense of calm and reassurance. Many tears were shed during that phone call, for which my wife and I will always be grateful. We also smiled and laughed as James and Betty shared heartwarming stories of families they know who’ve been blessed by children with special needs.

Through James and Betty Robison, the Lord then revealed His challenge.

“God sees something in you,” James said. “There’s a reason He has chosen you to raise this precious child.”

Natalie Josie Sileo was born at 11:12 p.m. on February 4, 2020, in Boca Raton, Florida. Just as James and Betty predicted, she is indeed precious. I can’t believe there was a time I didn’t want her in our life.

Meet our beautiful daughter Natalie, who joined us last night. She has Down syndrome. Starting now, my family will #STAYINTHEFIGHT for Natalie & all children & adults with special needs. After all, bumpy roads lead to beautiful places. Let’s go Nat! #NATITUDE pic.twitter.com/BtRFYJPznX

Since the moment she was born, our family has received countless congratulatory messages, generous gifts, encouragement and support. From The Stream and Life Outreach International to family, friends, my wife’s employer, our church and even my hometown baseball team, the Washington Nationals, the kindness has been overwhelming. We are eternally grateful to everyone who’s reached out. That also includes the National Down Syndrome Society (NDSS), Jack’s Basket, and many others in the tight-knit Down syndrome support community.

At this year’s Academy Awards, Zack Gottsagen became the first person with Down syndrome to present at the Oscars.

The 35-year-old actor co-starred in the 2019 film The Peanut Butter Falcon, which The Stream’s John Zmirak wrote about shortly after its release. Gottsagen is from nearby Boynton Beach, Florida, and was assisted by the Gold Coast Down Syndrome Organization, which has already stepped forward to help Natalie.

I used to be one of millions of Americans who thought most people with Down syndrome had little to no quality of life and often ended up alone in institutions before dying in their twenties or thirties. Watching The Peanut Butter Falcon and then Zack at the Oscars helped me realize once and for all that my perception of what’s possible for people with special needs was both misguided and out of date.

Earlier this week, Natalie passed her third hearing exam after failing the first two tests in the hospital. Like her heart and other vital organs, the Lord has so far blessed our daughter with good health. My wife and I constantly pray for the children with Down syndrome who require life-saving surgeries and sometimes have difficulty seeing, speaking or hearing.

As soon as I knew baby Natalie could hear me, I whispered two words into her ear: “I’m sorry.” From this day forward, it will be “I love you.” I can’t believe I ever doubted whether my daughter should be part of our family. I hope that I can someday make up for my selfish remarks early in my wife’s pregnancy.

After being unable to pass her first 2 hearing tests, Natalie returned to the hospital & PASSED with flying colors. Way to go, Nat! #NATITUDE #DownSyndrome #NoLimits pic.twitter.com/MiB3pQPm1L

Our daughter is living proof not only of the Lord’s challenges, but also His blessings. I’m still not sure why we were chosen to raise a child with Down syndrome, but thanks to God and the extraordinary people all around us, we will soon find out.

An unimaginable nine-month journey turned our heartbreak into hope. One thing now is certain. When it comes to what Natalie Josie Sileo and other children with special needs can achieve, there are no limits.