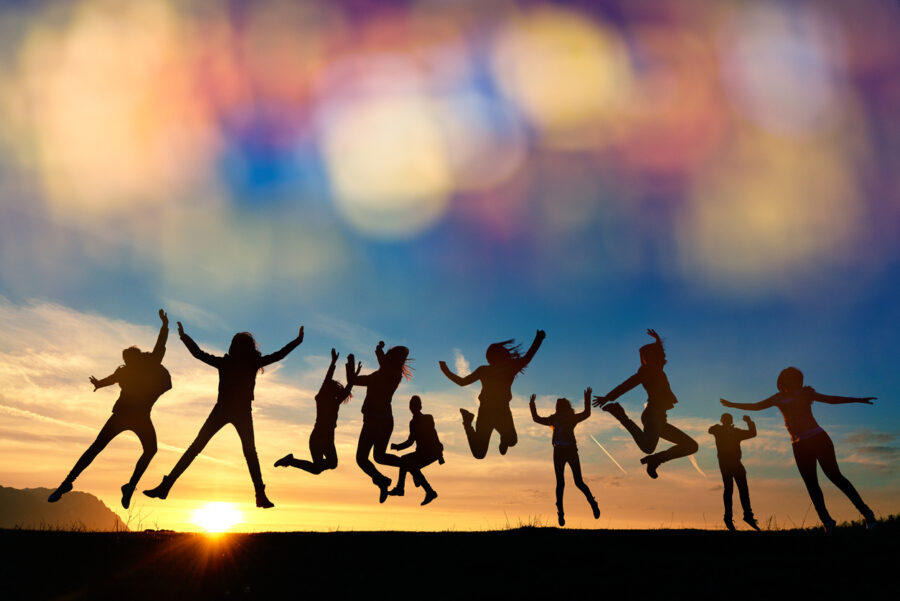 Ding-dong, the witch is dead. Every friend of innocent life ought to be dancing a merry jig on the unhallowed earth where Roe v. Wade is buried. No longer does our nation’s highest court pretend that the Marquis de Sade was one of our Founders. Nor that the Constitution implies that a baby is no more important than a fingernail or feces — a bodily product that may be dumped, burned, or cut up and cannibalized for parts. Nor that killing a baby is a critical part of basic “American liberty.” A half century since the highest court used raw judicial power to steal from Americans their right to vote on this issue, that same court has repented.

David has taken Goliath down, Luke blown up the Death Star. A grassroots movement of housewives, blue collar churchgoers, devoted clergy and passionate young people fought uphill for 50 years against America’s elites, its law schools, its media and most of its institutions. And it has prevailed.

No, we won’t pretend that abortion has ended in America. We agree with pro-life legal activist Josh Hammer that the struggle hasn’t ended, but merely begun. Hammer is right to point out that unborn children deserve protection nationally, in each of the 50 states. And that struggle starts tomorrow.

If you think of this fight against genocide in terms of World War II, consider this moment … Dunkirk. We just managed at last to rescue our forces from the Nazis. Now comes the Blitz.

The Demons Will Fume and Rage

Expect blue states to set up government funded abortionists in airports. Wait for corporations like Disney to threaten states like Florida that they’ll relocate if pro-life laws pass. To pour the money you spend with them into lobbying Congress, to press upon Mississippi and Oklahoma the same laws as California’s.

Let them try. God is on our side, as is the very nature He created. For the past 50 years, the whole country has been equally blighted by abortion. The family has been undermined, young girls exploited with impunity, and minority communities disproportionately culled — as racist groups like Planned Parenthood clustered their clinics in non-white neighborhoods. Since the whole nation was cursed, there was no chance for comparison. Now that has changed.

In dozens of states, old pro-life, pre-Roe laws will click back into force. In a dozen others, we’ll see them pass. And then all Americans will be able to watch a side-by-side comparison of life in pro-life states vs. anti-life ones. Like two patches of lawn, one fertilized and the other sprayed with weed-killer, the differences will be obvious.

Pro-choicers know this on some visceral level, which is why they’re panicking. They know the jig is up. While blue states race to the bottom, promoting abortion up through and even after birth, red states will calmly enact protective laws for unborn lives. No, women won’t be imprisoned. No, birth control pills won’t be outlawed. The Republic of Gilead from The Handmaid’s Tale — a trashy propaganda novel — will nowhere arise on our continent.

All Blue Cities Tend Toward Baltimore

We’ll tell you what will happen, though. The pro-abort states will gradually get older, poorer, more violent, and less free. Believing that freedom begins and ends at the bedroom door, they will go choosing top-down, socialist answers to basic economics — which will go on hurting the poor. Soft-on-crime policies and intrusive social programs will remain mere Band-Aids on gaping wounds caused by the natural side-effects of the Sexual Revolution. High percentages of non-white kids will continue to be aborted. Poor communities will remain stuck in the glue trap of government dependence. By doubling down on the socially destructive legacy of the 1970s, blue cities will keep on going the way of Baltimore.

Meanwhile, pro-life red states will become younger, richer, and freer. Minority communities won’t be devastated by 60% abortion rates, at clinics sited to target them. Most black babies will get to be born alive. But without the deadly backstop of an “easy,” nearby abortion, more young girls will make wiser choices about having sex while they’re still teenagers. We’ll see the rate of unwed motherhood flatten, then decline — as young men feel the goad to marry girls if they really want them. A rebirth of marriage and fatherhood is the unavoidable outcome — restoring to the poor the one thing they need more than any handout: intact families to grow up in.

Meanwhile, the saner, smaller-government policies on other issues in red states will help small business to grow and offer better jobs to a socially healthier workforce. Citizens will enjoy their rights of self-defense, of free speech and religion, and suffer less from crime.

And that’s when we will have the political capital to act on national pro-life legislation — at the moment when a critical mass of citizens sees the poisonous fruits of the pro-choice lie, and all the other reckless, destructive policies of the left.

At that point, once unborn children have national legal protection, the pro-life movement won’t vanish. Instead it will be free to expand its focus to other life issues. That’s when we can actually talk about a “Seamless Garment.”

The Next Pro-Life Movement

The pro-life movement, triumphant, ought to focus its energy on decoupling our economy from its dependence on China. That evil regime uses slave labor, forced abortion, and murderous organ harvesting to tyrannize a billion souls. We shouldn’t be in business with it.

A final, crucial issue pro-lifers ought to champion: resisting the War Party’s domination of U.S. foreign policy. Right now, a bipartisan coalition of reckless interventionists are pouring U.S. billions into escalating the war in Ukraine. They’re killing any chance at a negotiated settlement, and risking nuclear war, just to weaken a U.S. rival, Russia. These same empire builders steered the U.S. into useless interventions in Yugoslavia, Iraq, Afghanistan, and Libya, costing hundreds of thousands of innocent civilian lives.