Anthony Fauci, Francis Collins and the Ecumenical Church of Moloch

The Christians who do PR work for baby organ thieves 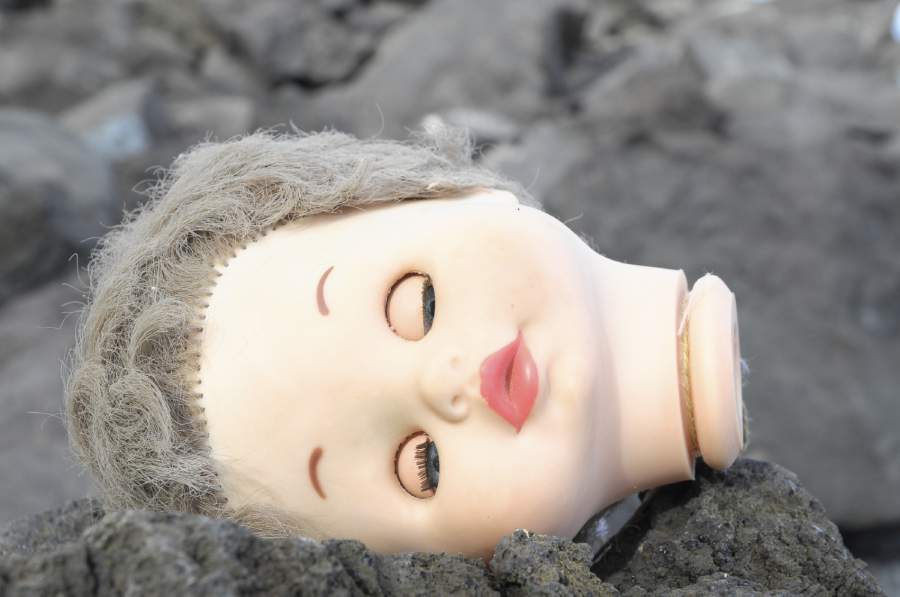 In my reflection for Easter, I suggested a pragmatic reason why someone might choose Theistic Evolution over any Bible-compatible worldview, such as Intelligent Design. Namely, the hope that God is distant, distracted, not too concerned about our actions.

If He didn’t even intervene to ensure that mankind “evolved,” surely He can’t be keeping track of our peccadillos and predations. Like a busy chef with too many universes on the stove, God doesn’t lean over this one to stir the pot. Or notice what we’ve left floating in His gumbo.

That’s mighty convenient if you’re the kind of Christian who kneels before the world, basks in its favor, and treats the moral law as a list of wistful suggestions. Especially if your career in service of Caesar, or Mammon, or Sodom, involves driving a steamroller right over “the least among us.”

The Least Among Us … Unborn Kids

Surely the least among us at the moment must be unborn children. In much of the world, they have no rights whatsoever right up to the moment of birth. Since 1980, 1.6 billion of them have been callously destroyed — and almost a million die in America each year. News reports suggest that in Baltimore, energy companies are burning unborn babies for “green energy.”

The Vice President of the United States, and the Secretary of Health and Human Services, both made their careers trying to imprison David Daleiden and other pro-life journalists. Their crime? Exposing Planned Parenthood illegally cannibalizing unborn babies for parts. Should The Secret Committee Formerly Known As Joe Biden disband for “health reasons” or under the mounting scandal of Hunter’s laptop, Kamala Harris will become president of the United States. Her ladder to success will have been built of their tiny bones.

And we can say the same for the very public evangelical Christian Dr. Francis Collins, and the widely feted Catholic Anthony Fauci. Each of them has excellent reasons to hope that God is a distant, impersonal cosmic force — too diffuse and abstract to hold any grudges.

The Poisonous Truth Keeps Leaking Out

The truth about these two enforcers of COVID panic and coercive vaccination has been leaking out relentlessly. Months ago, David Daleiden exposed the brutal facts: that U.S. taxpayer money, with approval from both Fauci and Collins, is funding the brutal, agonizing vivisection of unborn babies. That is, we’re paying doctors to cut them open while their hearts are beating and their tiny mouths are silently screaming.

All this in the service of COVID medicine, as The Stream revealed in a carefully documented five-part series. Around the world, doctors are engaged in Frankenstein experiments, grafting livers and kidneys pillaged from the unborn to hapless lab mice. Perhaps our Sadducees Collins and Fauci deemed it expedient that a few innocents “die for the sake of the nation.”

The Stream also proved that every approved COVID vaccine so far was either developed from or tested on cells from unborn babies, whose organs were apparently harvested in this gruesome, Mengele manner.

Francis Collins, Apostle to the Gullible

A month or so ago, Megan Basham exposed Francis Collins’ role in silencing pro-life and health objections to the Dead Baby vaccine. Stream contributor’s Joshua Charles had already revealed how U.S. Catholic bishops did a 180-degree turn from opposing such abortion-tainted vaccines, once the administration promoting them was led by Biden instead of Trump. And once Pope Francis had weighed in demanding that Catholics accept such vaccines, this after sending his right hand man Bishop Marcelo Sorondo to flatter the Chinese Communist regime at a meeting of its official organ thieves. (They steal organs from the living bodies of religious and political prisoners, as Forbes reports.)

But now we have even more damning evidence that we’ve been getting shepherded by wolves, thanks to Judicial Watch. That watchdog organization

announced today it obtained 34 pages of new records revealing that the Associate Senior Vice Chancellor for Science Strategy and Planning in the Health Sciences at the University of Pittsburgh, Dr. Jeremy Berg, contacted then-Director of the National Institutes of Health (NIH), Francis Collins requesting help to combat, “efforts to undermine important science using fetal tissue.” Additionally, the records include a scientific report containing information about grafting human scalp and other tissues onto mice.

Go to Judicial Watch to read the collegial note Berg sent to Collins, asking for him to step up his efforts in quashing Christian, ethical objections to this butchery.

JW notes: “In the proposal, [the University of Pittsburgh] notes that it has been ‘collecting fetal tissue for over 10 years … includ[ing] liver, heart, gonads, legs, brain, genitourinary tissues including kidneys, ureters and bladders.’” Remember that the cell line on which the Pfizer and Moderna vaccines were tested came from an unborn baby’s pilfered kidney. Her name was Johanna.

Any Christian entailed in covering up for the killing of hundreds of new Johannas had better hope that God is dead, or deaf, or as distant and blind as Richard Dawkins’ Watchmaker. But I have a message for that kind of Christian:

We regret to inform you that Christ is risen.