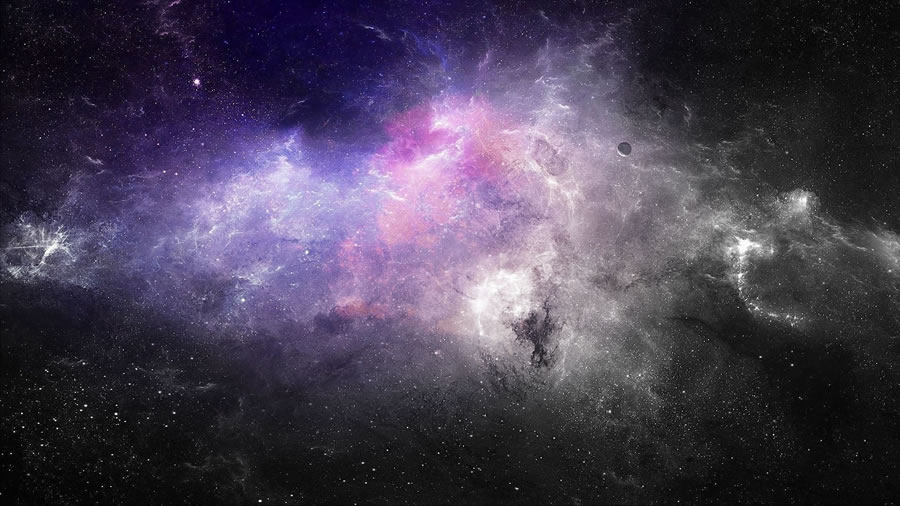 I’ve been reading the brilliant Christian physicist, Hugh Ross, and pondering the questions he raises: The universe is so vast and so empty. How do we continue to believe that earth and its inhabitants are special in God’s eyes? What do we make of a “New Heaven” and “New Earth” in a cosmos where heat death and entropy seem likely to claim all matter and energy? How should we think of Adam and Eve before the Fall, in a world full of predators and parasites? Does the Resurrection have anything to say about all of this?

Meanwhile we live in a world that claims Charles Darwin’s theory resolved all such questions, so we are forbidden to ask them ever again.

Richard Dawkins summed up Darwin’s worldview with scathing clarity: “The universe that we observe has precisely the properties we should expect if there is, at bottom, no design, no purpose, no evil, no good, nothing but pitiless indifference.” That’s the core of Darwinism for you, right there.

My colleague Tom Gilson wrote a fine rebuke of Christianity Today’s recent call for Christians to rally behind Darwinism, lest we look silly in the eyes of people who hate us. As I learned from reading the 1,000 page collection Theistic Evolution, there is no way to reconcile any kind of traditional Christian faith with Darwinism’s key tenet: that all life is the result of physical and chemical accidents, which show no genuine evidence of any plan or purpose.

Dawkins has Darwinism down, though. Everything else in evolutionary theory is a footnote, unpacking “pitiless indifference.” Defending it, enforcing it, then searching out any spark that seems to point to Design, and stomping it out. Those who claim to adhere to theistic evolution, if they are serious about their Darwinism, are on board with that project. They claim that “God” stands somewhere behind the entire process of the universe. But we can never, never discern His fingerprints. All life developed, then man, according to processes which are completely indistinguishable from Dawkins’s dead, soulless mechanism.

Why should a Christian like Francis Collins endorse such a caricature of faith? I don’t know the man, but I will say that it’s much easier to greenlight and fund the vivisection of fetuses while their hearts are still beating — as Collins’ NIH did — if you imagine God as … distant. An amorphous, remote and (you hope!) inattentive First Cause, who treats the universe so gingerly that he’s careful to leave behind no traces.

I can’t see how such a God could become a man, be born of a virgin, perform a long string of public miracles, then rise from the dead on His own power and ascend into heaven. Those seem to violate the “stealth” Prime Directive. But then I’m not a scientist, so perhaps I have no authority to speak.

The Many Leaps of Faith Darwinism Requires

I don’t see how it’s more respectable to believe in those audacious Biblical miracles than it is to point to the bizarre, extreme fine-tuning of physical laws which make life in the universe even possible. Or to observe that a Mind better than mindless chance better explains the origin of life itself. And the massively organized information found in DNA. And the irreducibly complex biological machines that let cells live and breed. And the sophisticated mechanisms required for complex eyes and functioning wings — which Darwinists claim happened purely randomly not just once, but several times independently. (“Convergent evolution,” they call it.)

No, the decision to treat all those data as noise is not driven by science. It’s a religious decision, a movement of the human will. To wave off all those mysteries and say that someday the magic of random chance will be vindicated as their origin … that’s an act of faith as willful as anybody awaiting the Second Coming.

A Return to Natural Philosophy

I mentioned I’ve been reading Hugh Ross — and enjoying it. He starts with the massive evidence of design in the universe, and explicates it powerfully. But he goes much further than that. Ross dares to return to the traditional questions that once drove “natural philosophy”— the old name for natural science, as practiced by Galileo, Newton, Leibniz, Pascal, and other fervent believers. Ross asks probing theological questions, and hints at answers, like the ones I started with here.

I urge you to go out and read Ross’s books, especially Why the Universe Is the Way It Is and The Creator and the Cosmos, to weigh his tentative answers for yourself.

But in Ross’ spirit, I’d like to offer my own tentative insight along those lines. We know that when Jesus died, He descended “into Hell.” Not the Hell of the damned, of the souls already lost before His coming. No, the place described in the Creed is instead what medieval (Catholic and Orthodox) thinkers called the “Limbo of the Fathers.” It was the state of waiting endured by the Just who died before Christ. Byzantine icons depict Our Lord leading souls like Abraham, Moses, the prophets, and other nameless people who’d striven to follow the natural law He wrote on our hearts.

When Jesus laid down His life, He went back and redeemed their time — the countless eons of human history before God’s full revelation.

If I might speculate here: The full and complete results of His resurrection still await us. Those will be seen when He returns, and unveils the end-state for which all Creation was but a prelude: the New Heaven and New Earth promised us in the Apocalypse.

At that time, all space — from the throbbing pulsars to the ravenous black holes, from the dark matter to antimatter — will also find its redemption. The souls of the Blessed — with perfect knowledge God grants them — will then see how every last infinitesimal brushstroke of His masterpiece is more beautiful than we can bear.

Happy Easter. Christ is risen. He is risen indeed.