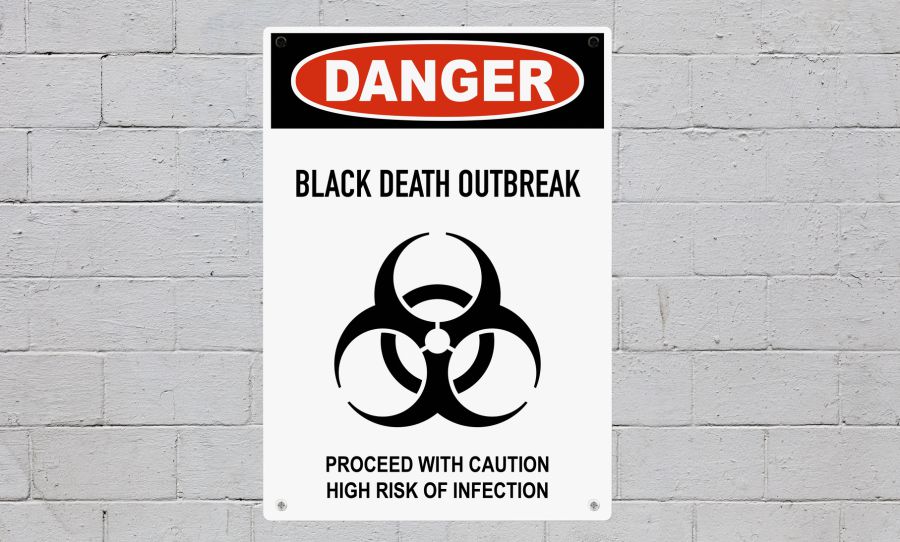 I have a fairly bulletproof immune system. Between 1984 and 2003, I never even got the sniffles. Still, if I find myself getting sick, a few days’ bedrest will put me straight again. Just give me a bottle of codeine cough syrup, and I’ll sleep 16 hours for couple of days. Then I’m fine. So I’m less worried than most about getting the Coronavirus. That is, even if I got it, I think I’m likely to recover as quickly as I have from the flu and colds.

But guess what? I don’t live on an island. My girlfriend has a severely compromised immune system. Her doctor and pastor both told her to stay away from Mass on Sundays. Why? Because we Catholics tend to drag ourselves there when we’re half-dead and fully contagious. Why’s that? Partly it’s a laudable obedience to our Church and its commandments. Thanks to my father’s example, like him I’ve attended Mass every Sunday throughout my life, except when I was sick. I also sometimes dragged myself there (post 2003) when I actually was coughing and sneezing. Why’s that?

The Best Priest I Ever Knew

A sermon I heard. One of the best priests I ever knew was Father Dermot. A man of his intellect and energy could have ended up as Prime Minister of Ireland. Instead, he went off to the missions. An Irish Holy Ghost Father, he’d spent years serving believers in rural Nigeria, circuit riding on a motorbike. He said those were the happiest years of his life. His face lit up when he spoke of them.

But I knew him in Baton Rouge, where he was a priest at the most doctrinally solid church in the city. It also celebrated the traditional Mass from before Vatican II, a much more sacred and beautiful liturgy. So our helpful liberal bishop placed it deep in a dodgy neighborhood, to keep down the numbers. I used to ride my bike there, hoping that my quest for eternal life wouldn’t get me killed.

Father Dermot’s sermons were sharp and exacting. They forced each of us through an examination of conscience, and sometimes made us feel small. I used to joke that at St. Agnes, parishioners would “walk in, and crawl out.” Think of a 5’4” Jonathan Edwards with a blue-collar Dublin accent.

The Worst Sermon He Ever Gave

But one sermon Father gave led me astray. He spoke of the “penal times,” when English occupiers had outlawed the Mass. Priests said it on rocks in the hills, on pain of death. Believers would drop everything at the rumor that a priest was nearby. They’d gather in fog and rain to worship outside in the fields. Father recalled this historical trauma to make a simple point. “If you can walk and sit upright, you come to worship God. I don’t care if you have to drag yourself here,” he said. He reminded us of all the men who’d died at the hands of the English to offer such sacraments. Unless our risk was the same, we had no excuse not to come.

That made an impression on me. Too deep, I think. It honestly never occurred to me that by dragging my sick body to church, dipping in the holy water and taking Communion on my tongue, I was endangering others. Old people, fragile people, folks without my sturdy Slavic immune system. It took my girlfriend getting a medical ban from Mass to drive the point fully home. Now when I think I’m sick at all, I deny myself the pleasure and privilege of going to church. It makes for a sad, solemn Sunday.

I’m thinking this over again in light of the Coronavirus. You might know that the disease has gotten out of hand in Italy. For the first time since Diocletian, Sunday masses have been canceled all through the country. And I’m seeing some people panic. On Twitter, some are venting conspiracy theories. They’re fuming that the Church is putting people’s bodily health over their souls. They’re citing medieval cases where churches were packed in time of plague, as if that were some precedent we ought to follow now.

Of course, that was also before people understood how disease really spreads. Some thought that Jews in our midst were poisoning wells. (Pope after pope vehemently denied this.) Or that God was smiting our sins, so they ought to dance in the public square scourging themselves. Whole movements of “flagellants” traveled from town to town performing such penances … and unknowingly spreading the plague.

The worst thing I saw? Bar none it was the claim by some pious woman that it must be perfectly safe to receive Holy Communion, since God would not allow His body and blood to carry infection. That didn’t just cross the line from “piety” into “superstition.” It jumped the shark and was sucked into the cone of a magical thinking Sharknado.

I urge readers to carry hand sanitizer and disinfectant wipes, and clean every table, armrest, and other surface before and after you touch it. Avoid public events wherever you can.

Comments like that one remind me of the most troubling case in Christian history of faith practiced against reason. I refer to the Children’s Crusade. While its origins remain murky, we know that in 1212 thousands of children responded to the sermons of one or more youth preachers. They claimed that the laudable goal of freeing the Holy Land from Muslim oppression was failing. Not because of bad tactics, tough logistics, or the sheer weight of Islamic presence in that land for 500 years.

No, they were failing because too many Crusaders had sinful motives. Some wanted land and power, booty and titles. Surely if innocent children, with neither such ambitions nor even any weapons, marched like lambs to Jerusalem, God would honor their enterprise. He would grant them a bloodless victory. Jerusalem would be freed. The Muslims, at this miracle, might even find faith in Christ.

The children almost all died or were captured long before they reached Jerusalem. The survivors got sold to Muslim slave traders. The girls ended up in brothels or harems. The boys worked under the whip, perhaps rowing Muslim pirate ships, till the day that they died. I shudder to think what must have run through their heads in the long years of humiliation and suffering.

Fools for Christ, Not Idiots

Which is just to say, we may be fools for Christ, but we’ve no excuse for being idiots. We’re not 12-year-olds in Medieval France. God demands of us prudence, and if we abandon it for the sake of some fervent promise, He doesn’t promise we won’t pay the price. Or impose one on our fragile families and neighbors.

Yes, heroic saints like Damien of Molokai, and hundreds of others, over the centuries, caught deadly diseases while ministering to the sick. We venerate their sacrifice. Many doctors and nurses today face similar risks. They deserve our thanks and prayers. But let’s not make their job harder.

Hunker Down and Pray

I’m blessed that I work from home. To protect myself and avoid spreading this virus to my vulnerable beloved, I’ll be skipping virtually everything I enjoy: restaurants, movies, coffee shops. I’ll be hunkering down with my dogs and books, for the duration.

I urge readers to carry hand sanitizer and disinfectant wipes, and clean every table, armrest, and other surface before and after you touch it. Avoid public events wherever you can. Sit down with your bible or other improving books. Play board games with your kids. Watch Downton Abbey again.

And be sure to take time to pray (at home, probably, until further notice). Pray for those already sick. Pray for those with fragile health. Please pray for the Mexican breadwinners who work for Corona beer, whose sales have collapsed from irrational panic. Pray for the waiters, flight attendants, and countless other people who might well lose their incomes. (When this blows over, make sure to overtip them, help them make up their lost livelihoods.) This is a moment for us to stand united in prayer, at least a yard away from strangers.

We can all hold hands when it’s over.