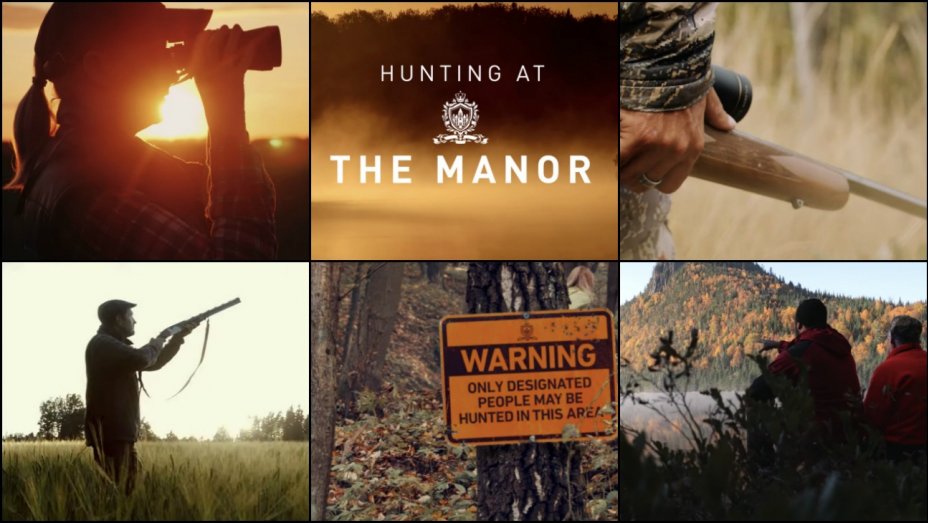 Yesterday I warned that President Trump might throw away his re-election chances and undermine our freedom. How? By backing the attack on the Bill of Rights that Red Flag laws represent. They let any nosy neighbor, angry ex-spouse, or frustrated stalker, take away a citizen’s Second Amendment rights with a single uncorroborated phone call. Then the burden of proof is on the citizen to prove that he is “innocent.”

You can see on the face of it why such proposals are lawless and un-Constitutional. Now let me explain just why they’re profoundly dangerous.

A movie showing liberals stalking supporters of President Donald Trump is slated to be released in September but has lost an advertisement on ESPN in the wake of two mass shootings on Aug. 3 and Aug. 4.

The movie, The Hunt, from Universal Pictures, shows people hunting down “deplorables,” a term failed presidential contender Hillary Clinton used to describe supporters of Trump during the 2016 campaign.

“Did anyone see what our [expletive]-in-chief just did?” one character asks others early in the movie, reported the Hollywood Reporter. “At least The Hunt’s coming up. Nothing better than going out to the Manor and slaughtering a dozen deplorables.”

This is exactly the right time to give liberal judges the power to disarm the very targets of such an organized campaign of violence, being touted in the media. Don’t you think?

We Are All Nick Sandmann Now

Most media treat simple support for the GOP as virtually equal with neo-Nazi sympathies, and a propensity for terrorism. Think I’m exaggerating? Ask Nick Sandmann about what happened to him for wearing a MAGA hat at a pro-life march.

The movie, The Hunt, from Universal Pictures, shows people hunting down “deplorables,” a term failed presidential contender Hillary Clinton used to describe supporters of Trump during the 2016 campaign.

Let me cool the temperature a little, by turning to history. It proves beyond a doubt that we must stand firm in defending our Second Amendment rights. Without them? All the other amendments will end up as legal fictions.

At every stage of the Cold War, the Soviet Union enjoyed a massive conventional superiority over the West. Most nations of war-exhausted Western Europe wouldn’t pony up for their own defense. American taxpayers and policy makers? They wouldn’t stand for keeping millions of U.S. soldiers in West Germany for decades. Meanwhile, the Soviets saw their economy stalled and sinking. They poured huge portions of their Gross National Product into massive military spending. Their official ideology was world revolution. They openly wished to “liberate” all of Europe. So why didn’t they invade?

There was just one teensy obstacle. The Western nuclear arsenal. From Truman on, American presidents made it clear that a Soviet invasion of Germany would yield just one result. That is mushroom clouds over Moscow, and dozens of other cities. Conversely, the West knew that if we used nuclear weapons offensively, our cities too would burn. This balance of terror we aptly named MAD (Mutual Assured Destruction). Whatever we think in retrospect of its moral character, that policy kept the peace. It prevented a Third World War. That would have killed millions of soldiers and tens of millions of civilians. And ended with Soviet tyranny and labor camps from Gibraltar to Vladivostok, from Edinburgh to Athens.

Why is Kim Jong Un still in power, while Muammar Gaddafi lies buried in some ditch? The former clung to his nuclear deterrent. The latter gave up his WMDs. Why does China feel perfectly safe against Russian aggression? Even as Ukraine suffers partial Russian occupation? China has a massive military and nuclear deterrent. Ukraine tragically, foolishly, gave up its legacy Soviet nukes in return for a piece of paper signed by Bill Clinton.

Power is only rebuked and held back by power. Face that reality in our fallen world. You needn’t read Machiavelli. Read St. Augustine instead to understand why we should be suspicious of the powerful, and ready to resist them.

How Our Founders Tried to Vaccinate Against Tyranny

Our nation’s founders looked back at the history of tyranny. They surveyed the wreck of liberty from the fallen Roman republic that gave way to Nero and Diocletian, to the rule by warlords that rose among the ruins of Rome’s empire. They looked at the cruel religious persecutions that marred the face of Christendom. And the suffocating centralism of monarchies like France’s. They set up a system of government designed to frustrate and deflect any rising tyrants. Our checks and balances, Electoral College, and decentralized power among the several states … these were all means to stop future Napoleons and Lenins.

Many of those measures for restraining centralized rule by urban elites have decayed or been dismantled. The Supreme Court now runs roughshod over the laws of 50 states, whenever five of its lawyers decide to. Leftists are trying to burn down the Electoral College, so Los Angeles and Manhattan can run the country. Congress handed much of its power to appointed bureaucrats, from the EPA to the Deep State, to micromanage much of our lives on silent autopilot.

The founders foresaw all this. So they left in the hands of the people a final deterrent, a “nuclear option” if you will. The Second Amendment.

The Nazis couldn’t impose their totalitarian programs until they’d seized German citizens’ guns. Neither could the Soviets. The only Nazi-occupied countries where a serious Resistance arose were those with widespread private firearms. One reason the Nazis didn’t act on their plan to invade Switzerland was the nation’s citizen militias. Every able-bodied man had an automatic weapon, and training to use it.

More recent history? The U.S. military can’t pacify Afghanistan, after 18 long years of war. Why? The Afghans have plenty of firearms, and the means to make IEDs.

What all of this tells us is clear: Tyrannical government, or foreign occupation (even a well-intended one like ours in Afghanistan) can’t overcome an armed citizenry.

I’ll go further. Why are things like home-schooling legal in America, but not in most EU countries? And why are our churches freer? Why doesn’t the government lock people up (as Germany does) for opposing its immigration policies? Or as Britain does, for criticizing Islam?

Our citizens aren’t disarmed, passive subjects of a government with a monopoly of force. We have the nuclear option, so statists won’t even try that kind of micromanagement here. At least, until they’ve disarmed us.

So are we going to let them? Will we let the same people who go to watch The Hunt and chuckle as pro-lifers and Christians get mowed down by Antifa hand their pals in judicial robes the power to render us helpless?

If we do, we might as well take down all those American flags, reverently fold them, and bury them. Because this experiment in ordered liberty will be over. We will have taken the freedom deeded us by our ancestors and sold that birthright for a worthless mess of pottage. Our descendants will be ashamed of us, and they will be right.