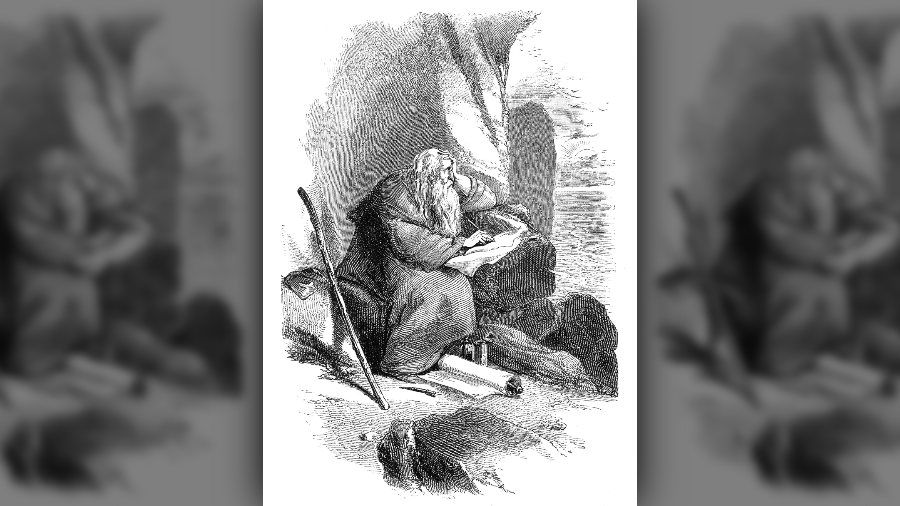 By Guillermo Gonzalez Published on April 1, 2021 •

Is Jesus for real? Can we believe in the resurrection? We have plenty of historical testimony, but as you would expect, plenty of challenges, too. One of the main ones over the past century or so has been, “The Gospels were written so long after Jesus’ time, they’re filled with fables and legends.” That’s not true, as I’ve written in previous articles on Matthew, Mark, and Luke. But what about John?

Opinions on the Fourth Gospel cover a huge range. Skeptics have dated the it as late as 170 AD, while some scholars would put it as early as the 40s AD. (Details in this pdf.) The most popular date range is 80-100 AD. Both liberal and conservative scholars support this range.

Now, I’ve argued that there’s real room for confidence that the Gospels of Matthew, Mark, and Luke date prior to 70 AD. I would actually place them even earlier; but there’s good reason to say 70 AD is the absolute limit. Can we have the same confidence in dating the Gospel of John?

John’s Gospel is more challenging. Unlike the other three, it contains no clear chronological indicators. We have to rely on subtle arguments and external evidence. One significant example, is the papyrus fragment labeled “P52,” found in Egypt and containing part of John 18:31–33, 37–38. It’s been dated to the second century AD. This places the original text several decades prior, and all but eliminates the later (second century) dates from consideration.

The early Church fathers Clement of Rome and Irenaeus both wrote that John’s was the last Gospel written. This is consistent with the fact that the other Gospels evidence no knowledge of it. The letter known as 1 Clement, most likely written in early 70 AD, has no quotes in it from John. This would argue that John likely wasn’t written much earlier than 70 AD.

That sets a loose range for us, but when exactly did John write his Gospel?

Scholars who date John late in the first century often use arguments based on the state of the Church. These include the Gospel’s highly developed view of Christ, its mention of people being put out of the synagogues, and “the Jews” as a separate and hostile group.

None of these observations, however, is unique to John, or even require late dating. John’s view of Jesus’ deity is similar to Paul’s. Persecution of Jewish Christians in synagogues was present from the earliest days of the Church, starting with Jesus and often seen in Paul’s ministry in Acts. Matthew, Acts, and several of Paul’s letters refer to “the Jews” as a separate and often hostile group. So these are weak arguments.

Some see hints that John was an old man when he wrote his Gospel. Irenaeus, Eusebius and Jerome wrote that he lived to an old age, but this doesn’t mean he wrote his Gospel near the end of his life. John 21:22-23, where Jesus says to Peter, “If it is my will that [John] remain until I come, what is that to you?” suggests to some he was an old man, or even already dead (and someone else wrote this passage).

But it could be instead that John simply wanted to dispel a rumor about himself — that he would “remain” until Jesus’ return. He may have been especially motivated to do so right after the death of Peter (around 65 AD) and the increasing persecution of Christians under Nero.

So maybe the passage does imply John was an old man. Suppose it does. By first century standards, he could have been considered an old man in the 60s AD, so it still doesn’t necessarily put us in the 80s or 90s AD.

The Pool of Bethesda and the Destruction of the Temple

In John 5, we learn about Jesus healing a paralyzed man by the pool of Bethesda. Jesus asks him “Do you wish to get well?” The man answers, “Sir, I have no man to put me into the pool when the water is stirred up, but while I am coming, another steps down before me.” Notice what John is assuming here: that the reader knows the tradition that an angel sometimes stirs the waters, and when this happens, the first one in is healed.

Furthermore, John 5:2 describes the pool in Jerusalem as having five porticos and located near the sheep gate by the Temple. Archaeologists have confirmed those details. This supports the reliability of John’s account by showing his familiarity with Jerusalem.

I believe this passage also helps set an upper limit of 70 AD for his writing of the Gospel, and not just because of what he expected his readers to know at the time. John 5:2 describes the sheep gate in the present tense, even though the sheep gate was wiped out when the Temple was destroyed in 70 AD, and possibly the pools were buried then as well.

Does this mean they were still there when he wrote? Opinions vary. Some New Testament scholars note that here John could be using the “historical present,” where he is recalling a past event that he was witness to using the present tense.

Daniel Wallace, however, professor of New Testament Studies at Dallas Theological Seminary and arguably the world’s chief scholar of New Testament documents, disagrees. He argues forcefully that John 5:2 is simply present tense, not historical present. He concludes that scholars “would do well to not neglect what seems to be the obvious indication as to the time of writing of this Gospel.”

Furthermore, John makes no mention of the destruction of the Jerusalem and the Temple, which happened in AD 70. This could mean he wrote before it happened. W. Hall Harris III, also professor of New Testament Studies at Dallas Theological Seminary, thinks so. He writes, “But of all the NT writings with the exception of Hebrews and Revelation, the Fourth Gospel is the most likely to contain an allusion to the fall of Jerusalem. The focus of the gospel is on the rejection of Messiah by ‘his own’ (1:11). The visitation and rejection must mean divine judgment.”

Harris has more to say on the subject: “The strong Palestinian influence throughout the gospel also suggests an early date. After John left for Ephesus and lived there for many years, such details would tend to fade and blur in memory.”

Young’s Literal Translation of John 21:19 reads, “And this he said, signifying by what death he shall glorify God.” Here, Jesus was speaking about Peter’s martyrdom as if it were yet future. Jimmy Akin argues in The Bible is a Catholic Book, “It appears translators have so long assumed that John’s Gospel was late that they’ve missed the fact the text indicates it was written before Peter’s death around 66 AD. That would allow us to propose a date around 65 AD for the Gospel of John.”

So, what does all this mean? Even if we concede that the Gospel of John was written as late as 80-100 AD, there’s no reason to doubt John wrote it. If He was about 20 years old at Jesus’s crucifixion near 30 AD, then he would have been about 70 years old in 80 AD. That’s old for a man living in the first century but hardly unheard of.

Yet I find no compelling arguments in favor of a late first century date for John’s Gospel. In contrast, a few moderately strong arguments favor a pre-70 AD date. Admittedly, the evidence doesn’t permit us to be as firm on this as we were with Acts and the first three Gospels. But an early date is certainly defensible.

Either way, there’s no need to jump to skeptics’ conclusion that the Gospel is filled with legend and fables. John was, as he wrote at the end of the book, “The disciple who is bearing witness to these things, and who has written these things.”